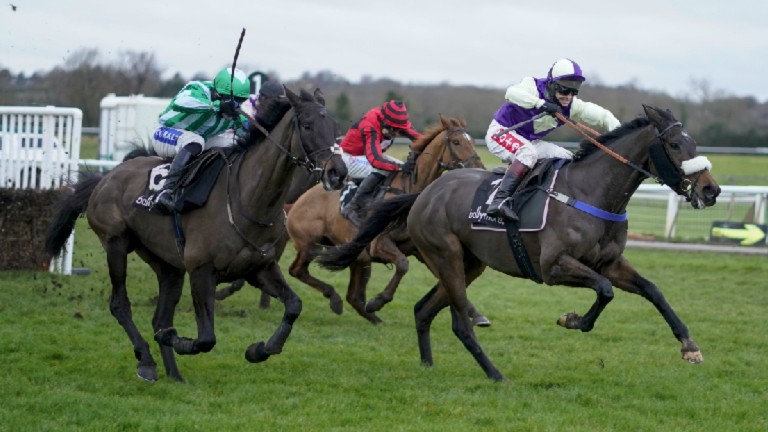 It was just over a year ago that Sean Kinsella completed the purchase of the winner’s sire Tirwanako for Knockhouse Stud, with some big-money transfers in the point-to-point field proving it to be a judicious move.

Adrimel was one of those to change hands for a sizeable sum, netting Josh Ryan £280,000 at the Goffs UK Aintree Sale in 2019 from an €11,000 outlay at Tattersalls Ireland a few months earlier.

Tirwanako, a Listed-winning and Group-placed son of Sin Kiang, had previously been at Haras de la Clayette in France.

"He’s been doing very well and we were very lucky to acquire him when we did," said Kinsella. "We had over 100 mares covered in that season, and now this year we’ve had a good number of mares already organised for him.

"Adrimel’s win will really help and it couldn’t have come at a better time. If it happened in October, November, the year is gone, but now people might even make a booking in the next week just on the strength of what happened at the weekend."

Although Tirwanako is now 19, he has had only a handful of registered runners to date, with his other performer of note so far being the chaser Aloomomo, who was back on song at Kelso in November.

Kinsella continued: "He covered very few mares in France. A few were born and brought over, there would be a few three-year-olds and the odd four-year-old, but there’s not a lot of them there. 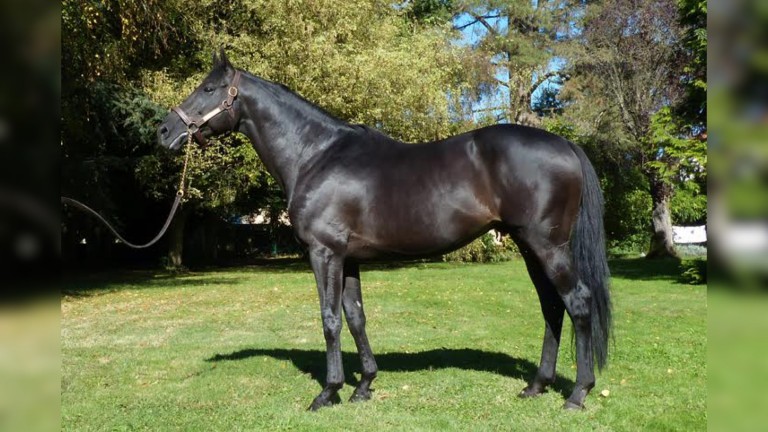 "He’s had some nice mares here as well, a customer of ours sent him two black-type mares and they’ve had two colt foals already, which is wonderful. I have a lovely filly myself by him, I sent a few to him.

"He’s a real gentleman, he’ll have two apples every morning with his breakfast; when he sees you he’ll take an apple out of your hand. He's a great horse to work with and has a great attitude."

This apparently friendly new face is standing for a private fee once again at Knockhouse, where the Kinsella family have gathered a decent quintet of staying talent through Derby winner Workforce, September Storm, Prince Flori and Libertarian.

Libertarian, who won the Dante Stakes and was second in the 2013 Derby before joining the stud, is in a similar position to Tirwanako with his early jumpers starting to come through.

"Libertarian had a great start, he had one horse run in a Grade 2 [point winner Holymacapony] and if he’d had a winner this week everyone would be talking about him," said Kinsella.

"They’ll be there, you just have to wait for them to come. He’s had plenty of mares, plenty of his are yet to be named, so he’ll have ammunition."

FIRST PUBLISHED 6:00PM, JAN 18 2021
If it happened in October, November, the year is gone but now people might even make a booking in the next week

Cheltenham a bonus for both Martello Sky and Pink Legend Intriguing pedigrees at Newbury on Friday as Churchill set for first runner Caravaggio colt claims top lot crown after fetching 240,000gns at Craven Sale 'She's got a bit of talent' - Desert has Williams dreaming after debut success 'I can't see that Brexit is anything but bad for the bloodstock industry' Triple Group 1 winner Bivouac retires as a “happy and sound” horse