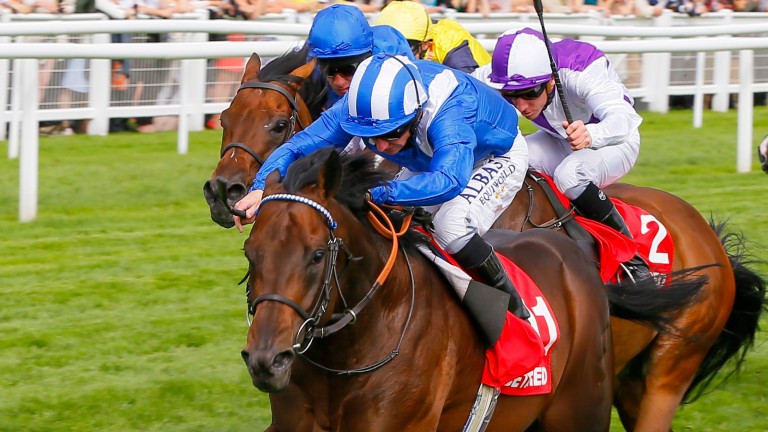 Whitbury Manor Stud resident and 2021 Group-winning sire Adaay is on the move and will relocate to Allevamento di Besnate di Pierantonio near Milan for the 2022 season.

Having been bought by Hamdan Al Maktoum for 240,000gns at the Tattersalls Craven Breeze-Up Sale, Adaay won his first two starts at two and was also Listed-placed behind Limato.

At three he won the Sandy Lane and Hungerford Stakes while he was also twice placed in Group company at four including when third to Breton Rock in the Park Stakes at Doncaster.

The nine-year-old, who retired to Whitsbury Manor Stud for the 2017 breeding season at a fee of £7,000, sired an excellent 22 individual juvenile winners from his first crop.

His leading progeny to date is Have A Good Day, who supplemented her Deauville success with a narrow second to subsequent Breeders' Cup Juvenile Fillies Turf runner-up Malavath in the Criterium de Maisons-Laffitte.

Adaay is the sixth foal out of the Royal Applause mare Lady Lucia and is a half-brother to five winners including Windsor Castle Stakes third Mullionmileanhour and the 17-time winner and Brighton favourite Pour La Victoire.

Adaay will stand alongside Pounced at a fee of €4,500.