About time - an underperforming sire is back among the winners

Martin Stevens on Time Test's return to form this summer 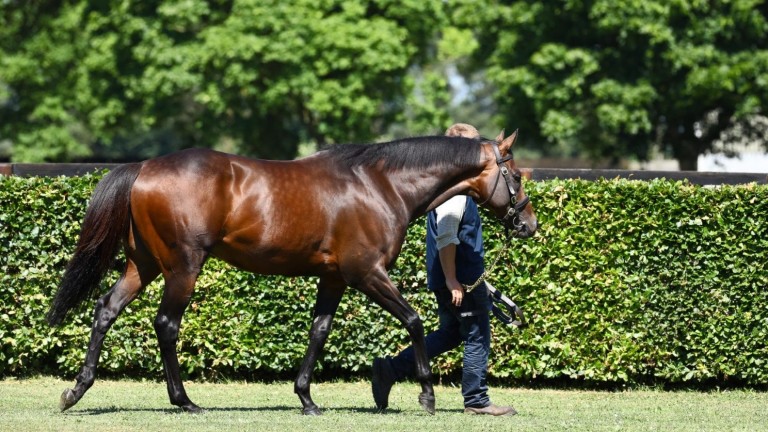 Here he talks about Time Test's revived fortunes in recent weeks - subscribers can get more great insight from Martin every Monday to Friday.

There’s no point beating about the bush, as the situation was blindingly obvious to everyone in the industry: the National Stud’s popular second-season sire Time Test endured a rotten old start to the year.

The Group 2-winning and multiple Group 1-placed son of Dubawi was one of the most celebrated freshmen of 2021, delivering an excellent strike-rate of winners and black-type performers, led by Group 3 victors Rocchigiani and Romantic Time, Listed scorers Tardis and The King's Horses, and Moyglare Stud Stakes third Sunset Shiraz.

Time Test’s early results were especially encouraging considering he won at two but improved significantly with age in his own racing career, as did most of his maternal relatives, and as a consequence his second-crop yearlings sold like hot cakes and he was rewarded with a fee increase from £8,500 to £15,000 for this year.

A flurry of breeding rights in the stallion were subsequently put on the market last autumn and winter, and they proved immensely popular – one sold for 85,000gns in September, another went for 100,000gns in November and a third and fourth made 115,000gns and £100,000 apiece in January and February.

The stage was set, then, for Time Test (pictured below) to dazzle this year. But for several months it just didn’t happen for him. Several of his star two-year-olds, such as Sunset Shiraz and Tardis, haven’t run at three and other headline winners had been hard to come by. At several points in the spring his strike-rate hovered at around ten per cent.

The barren spell was a real head-scratcher, particularly as it stood in such stark contrast to his first-season exploits. For all we know, it might just have been an unfortunate anomaly.

That theory is supported by the happy fact that Time Test has enjoyed something of a revival in recent weeks. 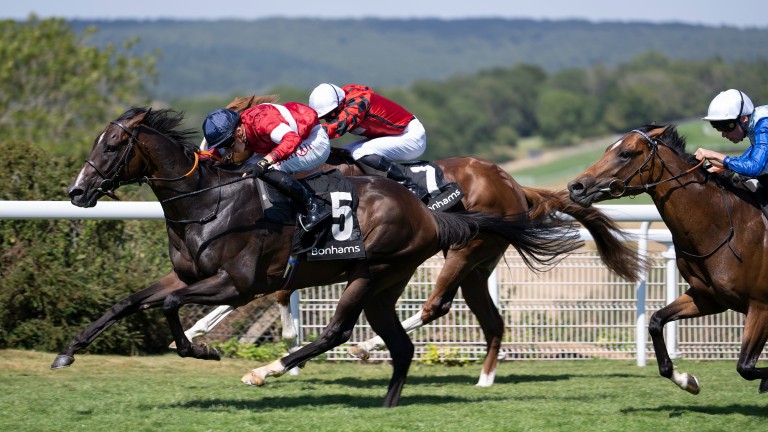 First and foremost, the Peter Schiergen-trained colt Rocchigiani proved that his close second to Maljoom in the German 2,000 Guineas and fair fifth to Noble Truth in the Jersey Stakes were no flukes by scoring decisively in the Thoroughbred Stakes at Glorious Goodwood.

Rocchigiani is a fabulous ambassador for his sire. Watch back his performance last Friday to remind yourself how well he travelled, how his turn of foot left his rivals for dead, and how admirably he stuck to his task by staying on all the way to the line.

Time Test secured a double that day, as the William Haggas-trained three-year-old gelding La Yakel shed his maiden tag at the third attempt when scoring by four and a half lengths in a Southwell novice stakes – beating into second Chimed, a son of Frankel and Time Test’s Group 1-winning maternal aunt Timepiece, by coincidence.

Time Test was represented by another wide-margin three-year-old novice stakes winner on the all-weather on Wednesday as his son Okeechobee sauntered to victory over a mile at Kempton, taking the scalp of once-raced winner Moon Watch, a son of Dubawi and Moonlight Cloud, who was sent off long odds-on.

Okeechobee looks a serious prospect for Roger and Harry Charlton and owner-breeder Juddmonte. It’s only fair to point out that he is a half-brother to a St Leger winner in Logician and hails from an excellent distaff family, so the dam deserves plenty of credit for his talent, but then that would be the case for a lot of leading sires’ offspring.

Time Test’s renaissance this summer has also seen Sir Mark Todd’s three-year-old colt Time Step win a Ffos Las maiden and finish a nose second in a Chelmsford novice stakes, and it wasn’t that long ago that the Michael O’Callaghan-trained two-year-old colt Crypto Force slammed Auguste Rodin to win a Curragh maiden on debut. He could easily bounce back from finishing seventh in the Chesham at Royal Ascot.

The recently concluded sire tables for the 2021/22 racing season in the southern hemisphere also pay a compliment to Time Test, who shuttles to Little Avondale Stud in New Zealand. He was second only to Almanzor in that country’s freshman standings by progeny earnings thanks to posting a Listed winner in Leedox and a Listed runner-up in Timeless.

Time Test’s winners-to-runners strike-rate in Europe has now recovered to around 21 per cent, and he has some decent chances of improving on that in the near future. His three runners in Britain on Friday include last-time-out runner-up Hour By Hour in a Haydock juvenile novice stakes, and he is set to be represented on Saturday by Delorean and Nuvolari in a mile handicap at Haydock and Romantic Time in the Shergar Cup Sprint at Ascot.

The stallion still has a long way to go to regain the lofty position he held in the industry’s affections at the start of the season, but his recent run of form will offer some reassurance to those who have sent mares to him and/or have foals and yearlings by him to offer for sale.

Time Test is also in the fortunate position of having outstanding looks that he seems to pass on with regularity, and a wide range of top breeders who have supported him with good mares for the past few seasons, which might persuade buyers and breeders to grant him the benefit of the doubt for that early-season quiet spell. 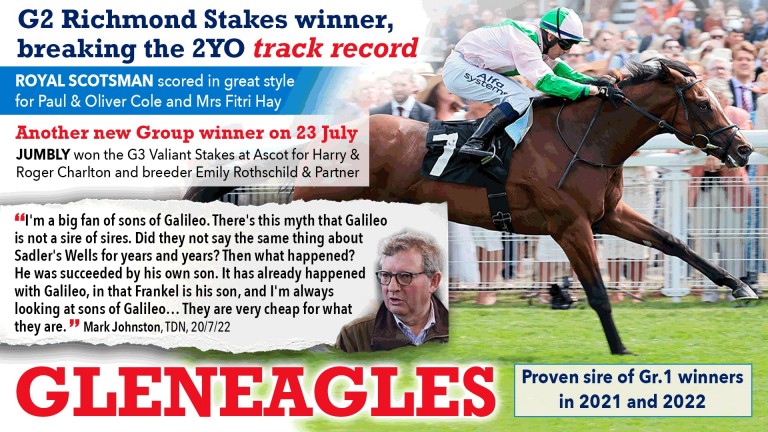 This story is exclusive to Ultimate Members' Club subscribers. Sign up here to get unlimited access to our premium stories.

"I went mad. He retired her on the spot, an unbeaten champion two-year-old who was favourite for the Guineas, because he didn't want to see her beaten,” says Mick Channon as he tells the tale of the brilliant Queen’s Logic’s abbreviated racing career.

Lady Hamana is a fascinating newcomer for Karl Burke in the seven-furlong two-year-old maiden at Newmarket on Friday (5.25).

She is a rare-as-hen's-teeth northern hemisphere-bred and foaled daughter of recently crowned champion Australian sire I Am Invincible, source of numerous top-notchers such as Brazen Beau, Home Affairs, Houtzen, Loving Gaby and Viddora.

Got a friend that will like Good Morning Bloodstock?

Send them the link racingpost.com/goodmorningbloodstock and they can sign themselves up to receive it each weekday morning!

Subscribe for the latest bloodstock news from Australia, New Zealand and beyond.

FIRST PUBLISHED 10:21AM, AUG 5 2022
His recent run of form will offer some reassurance to those who have sent mares to him and/or have foals and yearlings by him to offer for sale