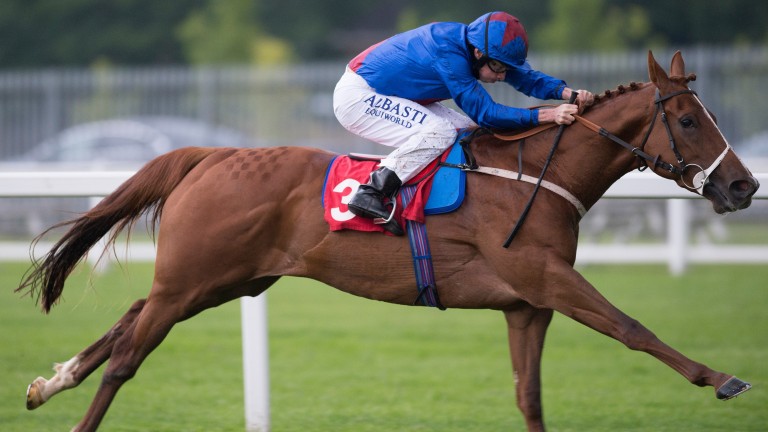 Group 3 winner and LM Stallions' first-season sire Master Carpenter was represented by his first winner when Princess Naomi ran out an easy scorer of the Racing Welfare Nursery Handicap at Chelmsford on Sunday.

The two-year-old filly is a homebred of Harry Demetriou and was making it fourth time lucky after a fine third in novice company at Chepstow last month for Rod Millman.

She was making it a first success for the durable Master Carpenter, a son of Mastercraftsman who raced 53 times from two to seven for owner David Little The Links Partnership and Millman.

His seven scores included wins in the Prix Daphnis and Heron Stakes at three, while he was also placed in the Prix Eugene Adam, Rose of Lancaster Stakes and Huxley Stakes.

She has a lovely attitude and she ran a lovely 3rd at Chep last time out over 5f and enjoyed stepping up to 7f on Hcap Debut https://t.co/i5NMXsn3LZ

Princess Naomi is the first foal out of the unplaced Gemologist mare Achianna, who also raced in the silks of Demetriou and is a half-sister to seven winners including Grade 2 Churchill Downs Stakes scorer Saint Anddan, a son of A.P. Indy. They are out of the Danzig Connection mare Adoradancer, a half-sister to two black type performers.

Achianna, who was bred by Manganaro Llc and J Fitzgerald, was a $12,000 purchase by BBA Ireland from Chilly Bleak Farm from the 2016 Keeneland All Ages Sale, before reselling later that year for £26,000 from Tinnakill House at the Goffs UK Premier Yearling Sale.

The seven-year-old has a yearling filly by Adaay.

Bargain buy from Shadwell proving his worth with Coral Charge victory

FIRST PUBLISHED 2:12PM, JUL 3 2022
His seven scores included wins in the Prix Daphnis and Heron Stakes at three, while he was also placed in the Prix Eugene Adam