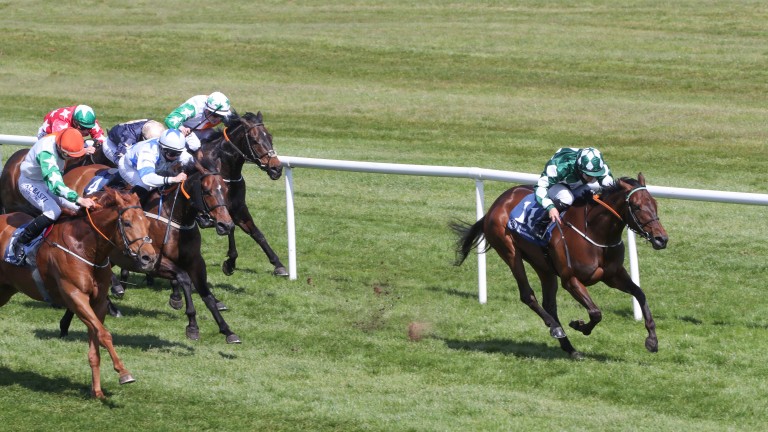 Mooneista (leading): homebred daughter of Dandy Man on her way to winning the Woodlands Stakes, a race her dam and sire finished first and second in in 2006
CAROLINE NORRIS
1 of 1
By Kitty Trice 5:30PM, MAY 3 2021

One of the quirkier, more diverting results of the season so far came recently in the Woodlands Stakes at Naas, where Mooneista's victory owed pretty much everything to those who had fought out the finish 15 years before.

For this year's winner of the Listed contest just happens to be the progeny of the one-two from 2006, Moon Unit and Dandy Man, who were to come into even closer contact in the breeding shed than they had been when separated by a length at Naas.

Moon Unit's success over Dandy Man was the sixth and final victory of her fine career, which had yielded by that point three other Listed wins and a Group 3 triumph in the Greenlands Stakes.

Dandy Man was to accumulate a curiously similar CV, with six wins including a Group 3 strike and three Listed scores which featured the 2007 Woodlands Stakes.

She says: "It's taken only 15 years to produce the filly and about 37 for the trainer! A lot of breeding has gone into both of them."

On sending Moon Unit, a daughter of Intikhab, to Dandy Man, who became a stalwart sire at Ballyhane Stud, Davison pointed out it took time for the pair to meet up in the breeding shed after the mare had visited several Coolmore giants.

She says: "It took a few years to go to Dandy Man as she went to Galileo and Mastercraftsman, but I knew how good she was and he was a very close second to her at Naas.

"I was very keen to send her to him as soon as he became a stallion but because she was a Group filly we sent her to the likes of Galileo." 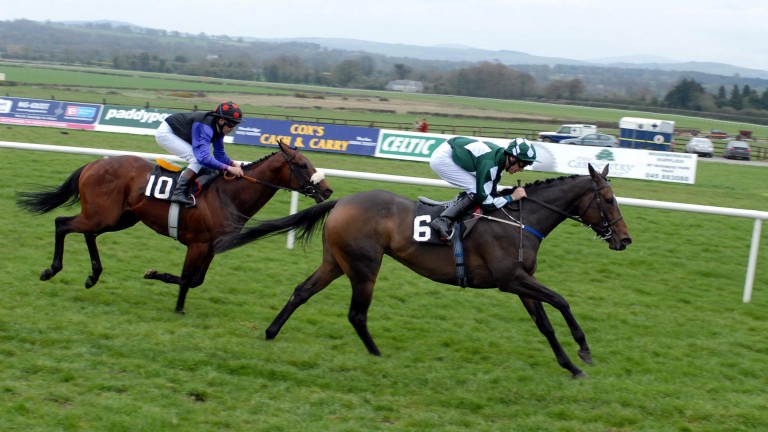 The first mating with Dandy Man resulted in Miacomet, a winner over five and six furlongs, while it was the further union a year later which led to the fast-improving Mooneista.

Davison says: "When we did send her to Dandy Man she produced a full-sister, Miacomet, but she obviously isn't the same calibre, although she did win races.

"Mooneista was born about a month before the Beast from the East and was always very hardy. Moon Unit likes to be out so we were able to put her and the foal out. Ballyhane have a video of her out in the snow at a few weeks old with her mum; she is so hardy and has a great attitude too."

Mooneista certainly proved hardy in her first season on the track with a win and four placings from seven starts, including a second to the classy Frenetic in the Listed First Flier Stakes at the Curragh last June.

Davison says: "She likes her job, loves racing, and Jack has a very good handle on her. He's been with her since she was born and it's wonderful for him to start out on his training career with a horse of her calibre.

"Last year with Covid-19 he wasn't able to run her until the end of June and then Frenetic and others were out. Although she was placed all the time, there just seemed to be something that pipped her, until Down Royal."

It was at the Northern Ireland venue last October that the trainer's persistence and filly's consistency were finally rewarded with a deserved win.

Davison continues: "The temptation would have been to campaign her over the winter, but Jack didn't, he decided to give her a break and aim her for this year, which was a big call for a trainer short on horses of that calibre. He's handled her like he has 20 or 30 of the same."

With a Listed success under their belts now, a tilt at the Group 1 Commonwealth Cup is on the cards for Mooneista, a Royal Ascot venture Davison would cherish after more than three decades of breeding horses. 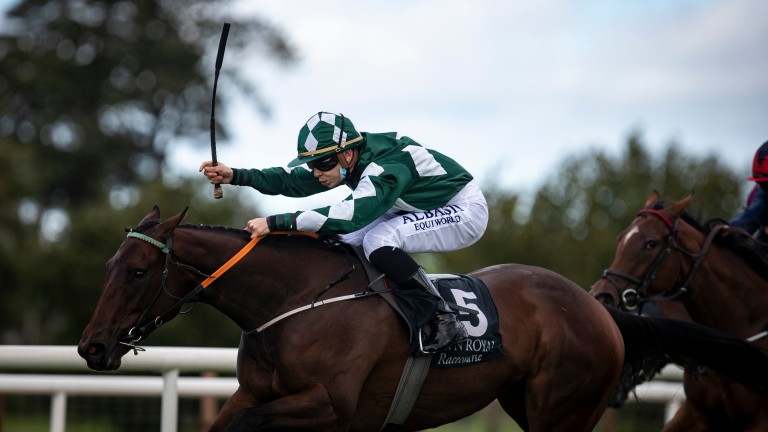 She says: "I've been waiting for something to go with for about 30 years. I've had the outfit for 30 years and it's gone out of fashion twice and is currently back in!

"Jack messaged me looking for details to enter her in the race. I sent him the details and he obviously did it over his breakfast last Monday morning! His confidence was high about her and he was clearly right."

It has been an equally remarkable journey for Moon Unit, who came back from a temporary two-year retirement to once again be put in foal.

Davison says: "We've a very nice two-year-old by Elzaam out of her that we're hoping will be out later in the year.

"We gave her a couple of years off after and were thinking of retiring her, but she looked so well and was in such good form keeping things company that we decided to cover her again. She's been covered by Soldier's Call."

Lil Indy, dam of champion Maximum Security, dies at the age of 14

FIRST PUBLISHED 5:30PM, MAY 3 2021
He's been with her since she was born and it's wonderful for him to start out on his training career with a horse of her calibre

How Mother Earth propelled an ex Group 1-winning trainer into exclusive company Mixed Derby messages for Dee Stakes winner El Drama Death of popular sprinter-turned-stallion Orientor aged 23 Clare Manning on Boherguy Stud and a weekend of Classic glory for her family A new Classic contender emerges for Camelot as Youth Spirit strikes at Chester 'I wasn't any different when I had children - why should Snow Leopardess be?'