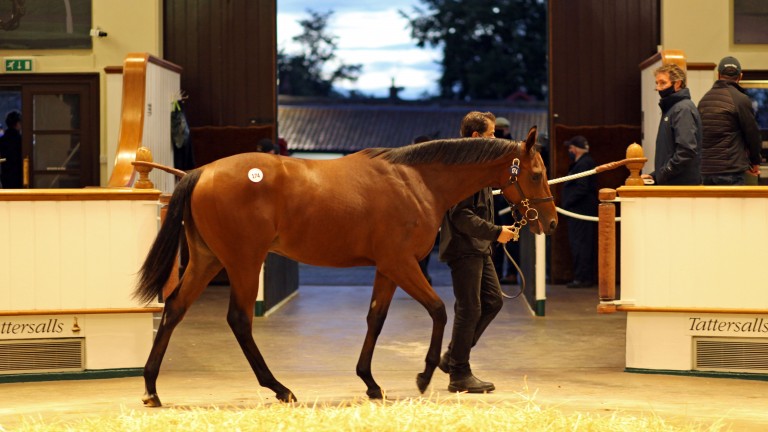 Bred by Pantile Stud, the colt is the seventh foal out of the twice-raced Galileo mare Galicuix, a half-sister to King's Stand Stakes and Prix de l'Abbaye hero Goldream.

Akhu Najla, who is owned by KHK Racing, is a half-brother to 2,000 Guineas scorer Galileo Gold, who also won the St James's Palace and Vintage Stakes for Hugo Palmer and Al Shaqab Racing as well as placing in the Irish Guineas and Sussex Stakes.

The son of Paco Boy has enjoyed a successful season with his first crop of juveniles, with his three stakes winners including Phoenix Stakes scorer Ebro River plus Prix Six Perfections winner and Prix Marcel Boussac winner Oscula. The eight-year-old stood this year for a fee of €5,000.

Akhu Najla is also related to a further five winners, while his dam is in turn out of a Machiavellian half-sister to the multiple stakes-winning Group-placed Mont Rocher.

The two-year-old faces ten rivals in the seven-furlong contest including Godolphin's Yukon Star, an unraced son of Oasis Dream out of a half-sister to Mount Nelson, Knight Of Honour, by Decorated Knight and out of Princess Margaret Stakes winner Princess Noor, and Vee Sight, a son of Churchill and a close relation to recent stakes winner Scope.

The daughter of Lope De Vega is out of an unraced half- or full-sister to high-class sprinter Muthmir and My Titania, a Group 3-winning daughter of Sea The Stars and dam of Earl of Sefton Stakes winner and Prix d'Ispahan third My Oberon.

FIRST PUBLISHED 6:30PM, OCT 11 2021
Bred by Pantile Stud, the colt is the seventh foal out of the twice-raced Galileo mare Galicuix