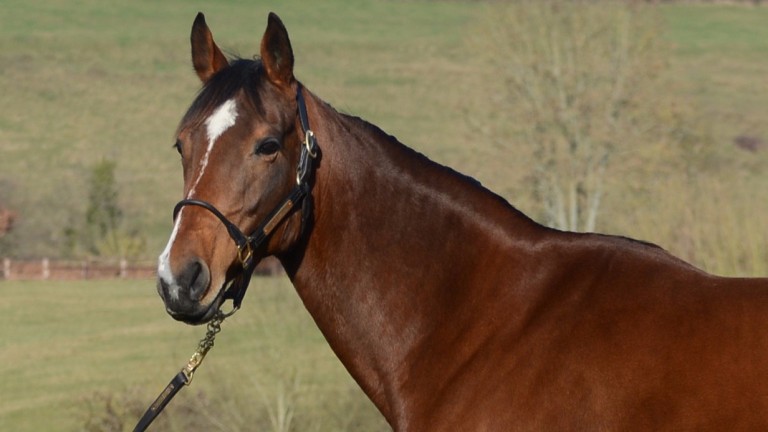 Blissful Beat, the dam of Group 3 scorer Home Of The Brave, became the first horse to sell on Arqana's online auction in facility in 2017 when she went the way of Justin Carthy's RJB Bloodstock for €235,000.

A group of French-based investors were underbidders on the unraced ten-year-old daughter of Beat Hollow.

Offered by Anna Drion's Haras du Grand Chene, Blissful Beat struck gold with her first foal in the Hugo Palmer-trained Home Of The Brave. Having sold for €80,000 at the Arqana August Yearling Sale in 2013 he went on to land the Listed European Free Handicap, the Listed Leicestershire Stakes and the Group 3 Jury Stakes.

That success did not go unnoticed as her Dream Ahead and Excelebration colts fetched €250,000 and €160,000 respectively in recent editions of the August Yearling Sale.

She was offered with an early cover to Haras de la Cauviniere resident Le Havre, an 11-year-old son of Noverre who is responsible for dual Classic heroines Avenir Certain and La Cressonniere.

Carthy, who was acting on behalf of a group of Irish breeders including himself, revealed that Blissful Beat is to ship to Ireland to foal.

Once delivering her foal she will visit Coolmore's dual Group 1 winner The Gurkha.

Carthy said: "The Gurkha is bred on the same Galileo/Danehill Dancer cross as Alice Springs and was a top miler so he's a very exciting new sire. I think it could be a very good mating for her."

FIRST PUBLISHED 4:50PM, JAN 18 2017
She struck gold with her first foal in the Hugo Palmer-trained Home Of The Brave