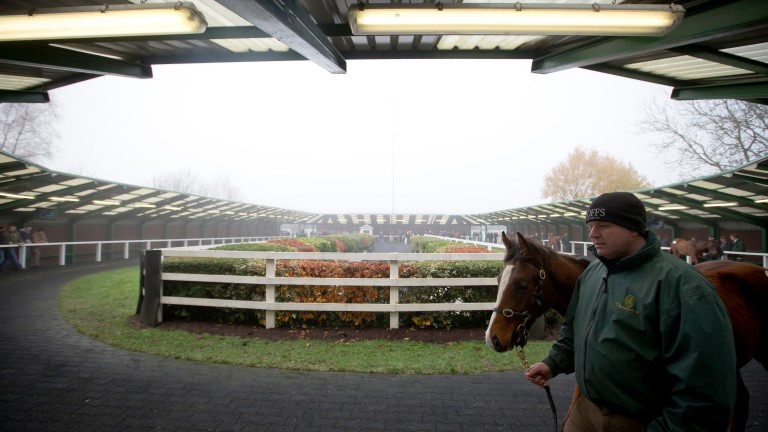 Friday's second session of the Goffs November Breeding Stock Sale threw the ill health of the lower tiers of the bloodstock market into sharp relief, as a plummeting clearance rate brought other key market metrics crashing down.

An eerily quiet second session concluded with an alarming clearance rate of just 43 per cent, with only 64 of the 148 fillies and mares on offer finding a buyer. That produced turnover of €365,900 - down 78 per cent from an aggregate of €1,635,200 during the corresponding session 12 months ago.

From those offered, 44 lots - 30 per cent - failed to draw a single bid, while many more were sold for significantly less than the nomination fee of the stallion they were offered in foal to.

In a pragmatic end of sale statement, Goffs group chief executive Henry Beeby began by reflecting on the highs and lows experienced on day one of the November Breeding Stock Sale, which also concluded with across-the-board declines after the withdrawals of star names like Magic Wand and Hazariya.

"In recent years Goffs has been privileged to handle a number of significant dispersals at our November Breeding Stock Sale," he said.

"Who can forget the amazing atmosphere as Chicquita sold in front of a packed house for a record breaking €6 million, while the Wildenstein Stables mares also added a real buzz before and during their sale. Last year was another catalogue with plenty of star appeal leading to a top price of €1.9m.

"When this year's edition was launched we highlighted 16 standout mares that we felt held international appeal and set about promoting them to the widest audience. As it turned out ten of them were withdrawn from the catalogue and we feel that was the difference when comparing [Thursday] with 2017," continued Beeby.

"I stress we make no criticism of the vendors as it is absolutely their prerogative whether or not to sell but to an extent it does help explain the big drops in Thursday's statistics.

"That said, those that stood out and commanded six-figure sums enjoyed a vibrant trade as a truly international group of buyers fought it out for the best we presented. In fact, the top five lots sold to interests from China, Australia, Japan, Spain and France to clearly illustrate the global appeal of the best at Goffs." 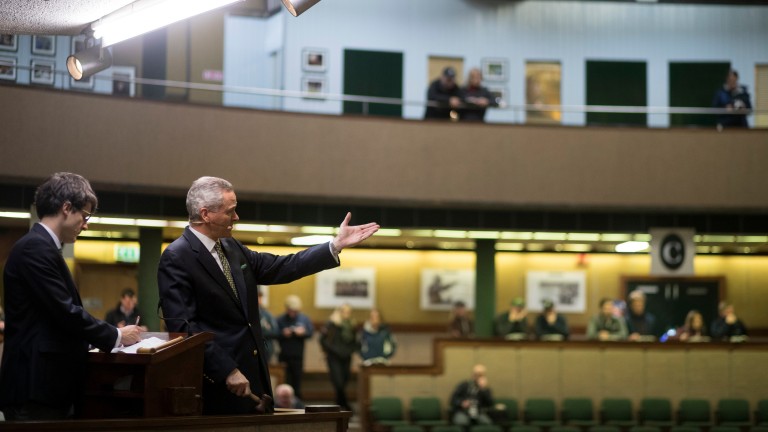 "In my 36 years in the bloodstock business I have seen many highs and lows, enjoyed selling in several strong markets and worked through some very trying times.

"However, I have rarely, if ever, seen a trade that is both so strong and so weak at the same time. As we saw on Wednesday with the best foals, and at the Orby, there is an ongoing hunger for the best bred but today is just one of several days in recent months that would give huge cause for concern, especially with the ongoing uncertainty of Brexit looming.

"'Polarised' is an overused description of the market at present, but it is very accurate in our view and all we can do is double down on our efforts to seek out new buyers and promote the horses entrusted to us to the widest number of potential purchasers."

Trade on day two was topped by Phillippa, an unraced daughter of Galileo offered in foal to Fascinating Rock, who brought €27,000 from Paul Nataf. The Croom House Stud-consigned mare, from the family of French Group 1 performer Karmifira, is already the dam of four winners, including the Group 3-placed Naseem Alyasmeen.

The session-topper on day two during the 2017 edition of the November Breeding Stock Sale brought €150,000, and was one of two six-figure lots.

The average and median figures showed marginally less drastic declines, with the former down 38 per cent to €26,970, while the latter dropped by 33 per cent to €10,000.

The Goffs November Sale concludes on Saturday with Part 2 of the foal catalogue due to be offered from 10am.