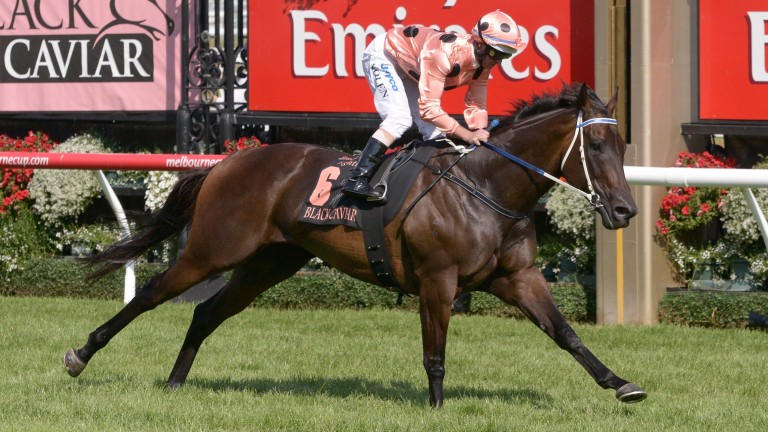 Wondermare Black Caviar has been confirmed as in foal to shuttler More Than Ready, her managing owner Neil Werrett has confirmed.

The ten-year-old daughter of Bel Esprit, who went unbeaten in a 25-race career, already has three offspring on the ground, a two-year-old filly by Exceed And Excel, a yearling colt by Sebring and a filly foal by Snitzel.

Her first foal, named Oscietra, made her highly anticipated debut at Flemington on New Year's Day, finishing a promising third to Limestone.

More Than Ready, a 20-year-old son of Southern Halo who was trained by Todd Pletcher to win seven of his 17 starts - including the 2000 Grade 1 King's Bishop Stakes, stands the southern hemisphere covering season at Vinery Stud in Scone alongside the likes of Myboycharlie and Testa Rossa.

The covering marks the latest milestone in the southern hemisphere stallion career of More Than Ready, who currently sits in ninth on the Australian general sires' list, one position behind his son Sebring, a champion two-year-old now who stands at Widden stud at a fee of A$77,000.