Fillies Turf winner Pizza Bianca is out of a 1.25m guineas Book 1 purchase 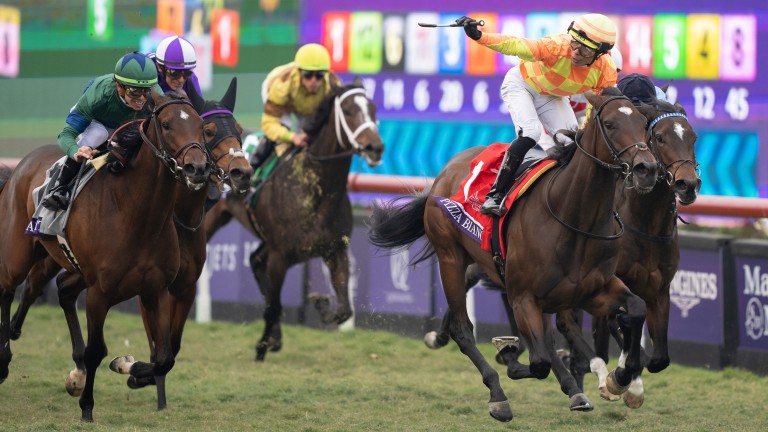 Big-money buys were to the fore on the first day of the Breeders' Cup as Pizza Bianca, a daughter of 1,250,000gns Book 1 graduate White Hot, and $1,500,000 Ocala Spring buy Corniche stole the show in the Juvenile Fillies Turf and Juvenile respectively.

Pizza Bianca, Bobby Flay's homebred daughter of Fastnet Rock, built upon her second to Godolphin's Wild Beauty in the Natalma Stakes when rattling home under Jose Ortiz ahead of Mehmas filly Malavath.

She was a ninth top-flight winner on the Fastnet Rock/Galileo nick and a 42nd Group or Grade 1 winner for her sire, a champion sprinting son of Danehill who has shuttled between Ireland and Australia over several seasons.

The two-year-old, who was trainer Christophe Clement's first Breeders' Cup winner, is the first foal out of the unraced Galileo mare White Hot, a 1,250,000gns buy from Tattersalls Book 1 by James Delahooke in 2014.

The eight-year-old is a full-sister to Loughbrown Stakes scorer Dawn Patrol and the stakes-winning Kissed, as well as a three-part sister to Derby hero Pour Moi and the Group-winning Prix de Diane runner-up Gagnoa.

Corniche, an unbeaten son of Lane's End Farm resident Quality Road, was himself an expensive purchase, having cost Speedway Stables a cool $1,500,000 from De Meric Sales at this year's Ocala Spring auction. 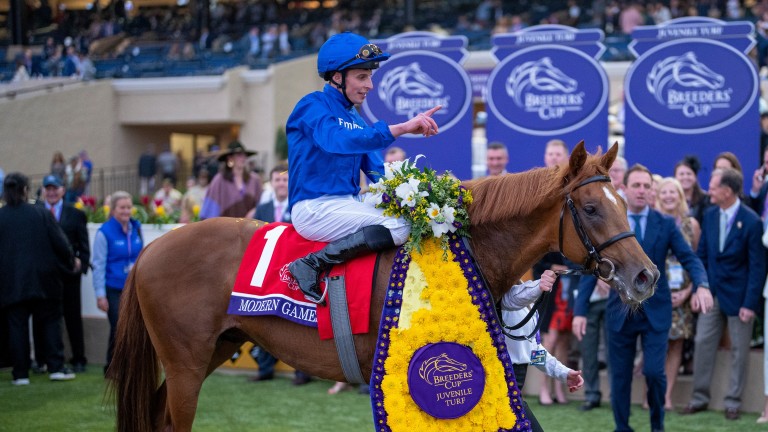 The two-year-old, who had won the American Pharoah Stakes at Santa Anita on his previous start, was bred by Bart Evans and Stonehaven Steadings and is the sixth foal out of the Grade 2-winning Najran mare Wasted Tears and a half-brother to five minor winners.

Modern Games is in turn a half-brother to two winners in Modern News, a four-time winning son of Shamardal, and Feminism, another by Shamardal who struck in a Dundalk maiden for Michael Halford.

The chestnut colt was making it a third win in a row and a fourth career success in six starts. He shelved his maiden tag at the second attempt before supplementing a ready handicap success with a game victory in the Tattersalls Stakes at Newmarket.

He was Dubawi's second winner at the Breeders' Cup, following in the footsteps of the fellow Charlie Appleby-trained Wuheida, who struck in the 2017 Breeders' Cup Filly & Mare Turf.

FIRST PUBLISHED 10:13AM, NOV 6 2021
The eight-year-old is a a three-part sister to Derby hero Pour Moi and the Group-winning Prix de Diane runner-up Gagnoa