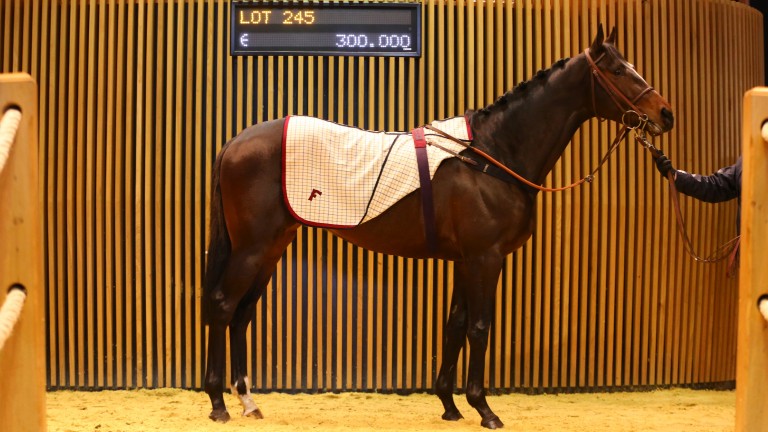 There was a spirited duel to secure the top lot on the concluding day of the Arqana February Sale yesterday, a son of Oasis Dream who won his only start at two for Andre Fabre.

The bidding had reached €300,000 when the hammer fell for Learning To Fly, who was was co-owned by China Horse Club and Markus Jooste’s Mayfair Speculators and is out of Astronomy Domine, a daughter of the hugely influential Ecuries Monceaux mare Platonic.

Bidding on behalf of Stroud Coleman, Sally Ann Grassick had the final say over Charlie Gordon-Watson confederate, Will Douglass.

“He’s for a foreign client and he was recommended by Andre Fabre,” said Grassick.

Douglass missed out on the top lot but did not return to Newmarket empty-handed, after paying €75,000 for Emotion, a daughter of Exceed And Excel out of a Trempolino mare who was unplaced in two starts for Mayfair Speculators.

“She’s been bought for an English breeder,” said Douglass. “She is very nice and is easy to mate. The dam is producing really nice stock and it’s a nice pedigree. Fillies like that are hard to buy and we thought that’s what we would have to pay.”

Learning To Fly was not the only six-figure lot to pass through the Deauville ring on Wednesday, with two broodmare prospects breaking the €200,000 barrier.

Bertrand Le Metayer went to €260,000 to secure Lbretha, one of two well-sold products of Exceed And Excel on the day.

Lbretha won at Listed level at four last year and is a granddaughter of the Wildenstein family’s Prix de Sandringham winner Action Francaise.

The investment marks the ambition of the husband and wife team of Samuel and Elodie Mangeard de Barros, names much better known until now in the world of breeding trotters through the exploits of their Elevage Delo.

“She’s for some young breeders who are starting out and this is their second mare,” said Le Metayer. “She has speed and her bloodlines will be easy to cross with all the various Galileo lines. They bought their first mare at Newmarket in December and this is the second.”

The two broodmares are not the limit of the expenditure made by the Delo team this winter, having also bid successfully at €75,000 for a nomination to Siyouni during an arqanaonline auction in December. 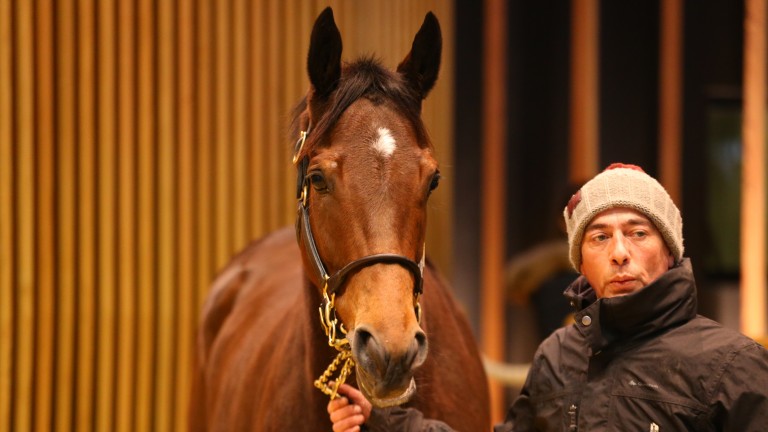 Lbretha: daughter of Exceed And Excel was the second most expensive lot at €260,000
Quentin Bertrand / APRH

Johnny Barnes is among the record wave of new stallions standing in France for 2018 and the former John Gosden inmate, a son of Acclamation, is receiving plenty of support from his owners on the evidence of the €200,000 given for the Galileo mare Lorgnette, who is in foal to Le Havre.

Winning bidder Jake Warren said: “She has been bought on behalf of Bermuda Thoroughbred Racing, who raced Johnny Barnes and have now retired him to stud at Haras des Granges. What we’re doing is buying a group of mares to support him. We bought a couple of mares in Ireland and now her. The plan is to really get behind the horse. The owner is a big supporter and new to breeding. Buying a mare in foal to a proven stallion and by Galileo, gives the stallion a great chance.”

Lorgnette was presented by Ecuries Monceaux and is out of the Danehill Dancer mare Dance Secretary, a half-sister to five black-type performers including the Grade 1 Turf Mile hero Perfect Soul.

A similar principle is being applied by Classic Thoroughbred, which is standing the Aga Khan-bred Grand Prix de Paris winner Shakeel at Coolnahay Stud in County Westmeath.

Acting on the operation's behalf, Guy Petit went to €58,000 to get Dubai, a Galileo mare from Wertheimer et frere who is in foal to Kendargent.

“She is off to Ireland and I have bought her for the new owner of Shakeel,” said Petit. “The mare has already produced one black-type horse by Dalakhani [the sire of Shakeel] so it’s a cross that works.”

The sale ran over two days for only the second time in its history and comparisons are not straightforward with previous editions. From a much expanded catalogue 279 of the 352 lots offered were sold for a clearance rate of 79 per cent, a figure that will be cause for quiet satisfaction.

FIRST PUBLISHED 7:08PM, FEB 14 2018
He’s for a foreign client and he was recommended by Andre Fabre