Ollie O'Donoghue reports from the first foal session on Monday 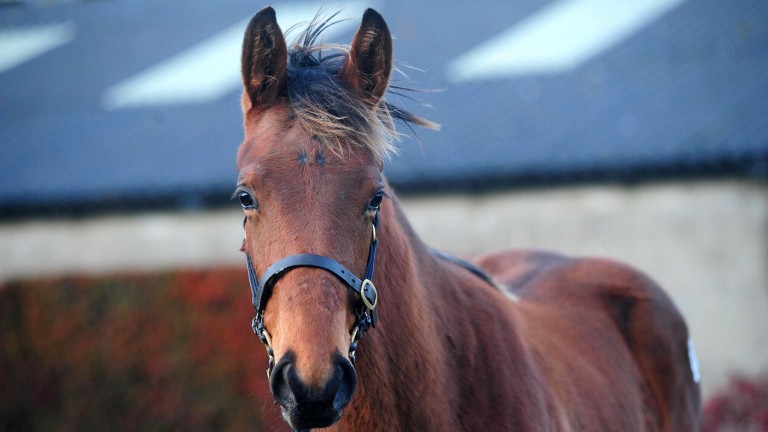 A quickfire round of bidding from Timmy Hillman saw a new top lot emerge during the first foal session of the Tattersalls Ireland November National Hunt Sale on Monday.

The Tattersalls Ireland representative signed for three foals in quick succession from Michael Moore's Ballincurrig House Stud for a combined €132,000 during the latter half of the session.

Hillman became the first buyer of a €50,000-plus foal this week when going to €62,000 for a March-foaled Flemensfirth colt out of the Robin Des Pres mare Whizzzey Rascal.

The mare is a half-sister to the high-class dual-purpose runner Clondaw Warrior, who landed the Galway Hurdle in 2016 and the Ascot Stakes at Royal Ascot the previous year.

Hillman also purchased the Diamond Boy colt who preceded the Flemensfirth colt into the ring, signalling his winning bid from his position in the gangway.

The April-born youngster went the way of Hillman for €22,000 and is out of Myakoda, a Listed-placed handicap hurdler in France.

The last of Hillman's purchases was the Milan colt out of Miss Bobs Worth, a full-sister to the Cheltenham Gold Cup hero Bobs Worth, with auctioneer Ollie Fowlston noting that the colt "has the walk as well" as he was led around the ring.

Hillman had to stretch to €48,000 to secure the February foal, who was offered by Ballincurrig House on behalf of William Noonan.

"The Flemensfirth was a lovely racey colt and all three were well produced by Michael," said Hillman, who indicated that all three will return for the 2022 store sales. 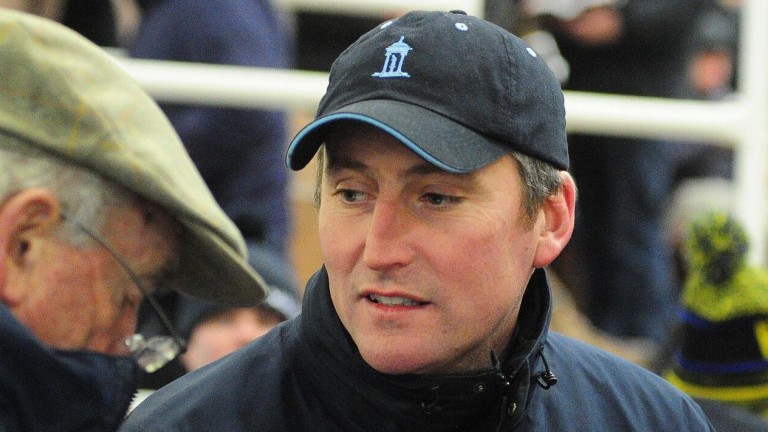 Rathmore of the same

Peter Molony of Rathmore Stud strengthened his association with the family of top-class jumps mare Blazing Tempo when stretching to €45,000 for a Court Cave colt out of her winning half-sister Blazing West.

"We know the family well; we bred Blazing Emily and she is now a black-type performer for Kenny Alexander," said Molony, who was standing on the upper walkway.

"This colt seems fairly typical of the family - a good big chasing type. I like the sire and this is a lovely horse."

Blazing Tempo won no fewer than ten races and was one of the first star performers for owner Susannah Ricci, whose colours she carried to victory in the 2011 Galway Plate.

Molony also signed on the dotted line at €31,000 for a May-born Sholokhov colt out of Una Sorpresa, a half-sister to the Punchestown Four-Year-Old Champion Hurdle winner United.

There was nothing new about this pedigree either for Molony, who purchased Una Sopresa's Soldier Of Fortune colt for €34,000 at the 2017 November Sale.

"We really liked him and also bought the Soldier Of Fortune half-brother at this sale a couple of years ago," said Molony.

"I loved the sire and must have bought five by him last year," said Molony. "He was a smashing individual with a great step to him."

Soldier Of Fortune was the leading sire by aggregate at last year's November Sale with progeny sales in excess of €1.1 million, and that demand continued through to this year's edition.

Bids flew in from all corners of the ring for Chancery Stables' March-born colt out of Bell Walks Day, with Mark Dwyer of Oaks Farm Stables emerging on top with a bid of €45,000 from his secluded position by the high partition.

Dwyer is au fait with the colt's pedigree after parting with €63,000 for his yearling full-brother at last year's November Sale.

"We like the yearling and are giving Soldier Of Fortune a chance," said Dwyer. "I thought this colt was one of the nicest today and I wasn't disappointed when I saw him." 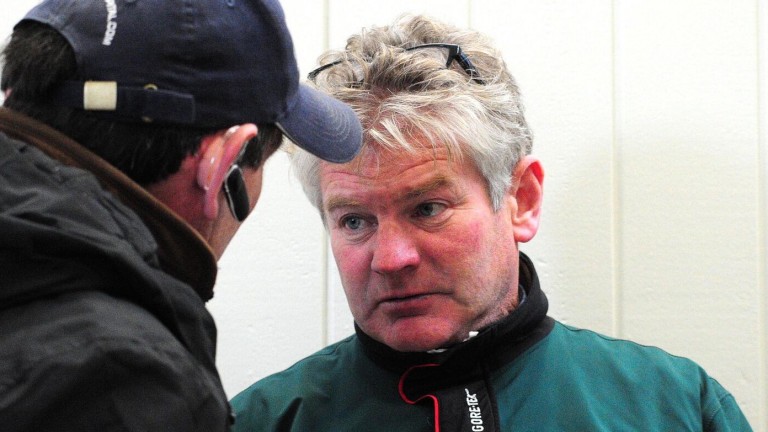 Soldier Of Fortune received an earlier vote of confidence when Beeches Stud sold an April-foaled colt by its resident sire for €37,000 to Jimmy Murphy of Redpender Stud.

The youngster is out of the Dr Massini mare Oilily, who was a stable star for the Kildare-based trainer Sean Byrne and owner-breeder Paula Murphy, winning six of her 26 starts.

"He's out of good mare and hopefully we'll keep him in one piece and come back to the Derby Sale," said Murphy, from his position by the holding ring.

Soldier Of Fortune was named the busiest sire in Britain and Ireland for the fourth consecutive breeding season this year with a book of 275 mares, a figure matched only by newcomer and fellow Coolmore National Hunt stallion Order Of St George.

The first foal session of this year's November Sale saw improved figures across the board, with 167 of the 244 lots offered changing hands for total sales of €2,031,400 (up 20 per cent) and a clearance rate of 68 per cent (up nine per cent).

First foals of these popular mares to be offered on Tuesday

Miracle foal by Martaline could capture hearts at Fairyhouse

FIRST PUBLISHED 7:41PM, NOV 11 2019
The Flemensfirth was a lovely racey colt and all three were well produced by Michael Moore