Betty Burke to be covered by Kodiac 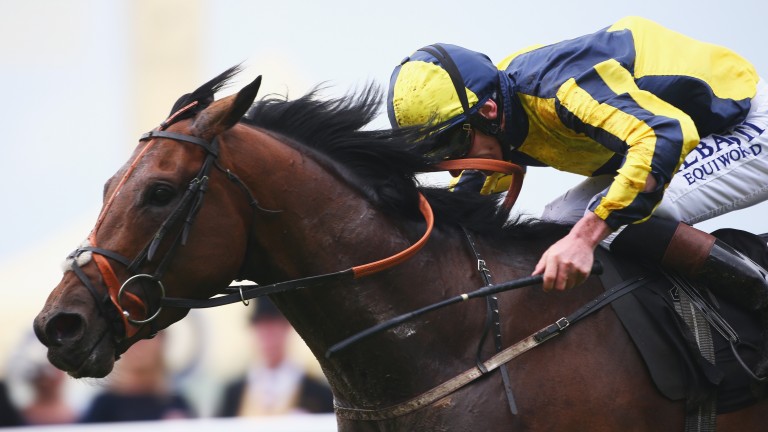 Patrick Monahan, who bred last year's Prince of Wales's Stakes hero My Dream Boat, is sending the dam to Kodiac this year.

“Kodiac is the leading two-year-old stallion by number of winners in Britain and Ireland – he has good stats behind him and gets good results for his foals,” Monahan said. “We are also close to Tally-Ho Stud in County Westmeath where he stands.

“Betty Burke’s first two produce, including My Dream Boat, have both raced and both have won. We want to preserve that record.

“Speed is what I look for and that has worked up until now. All the sires that worked well with the mare have been speed-oriented. They were all good as two-year-olds. We sent Betty Burke to Art Connoisseur and the result was Compound, a multiple winner in Italy, and to Mill Reef Stakes winner Lord Shanakill, who gave us My Dream Boat.”

Betty Burke also has a two-year-old colt by Elnadim.

My Dream Boat graduated through the handicap ranks to win the Group 3 Prix Perth at the end of his three-year-old season and the Gordon Richards Stakes at the start of his four-year-old season last year.

He defeated stars Found, The Grey Gatsby and A Shin Hikari to win the Prince of Wales's Stakes at Royal Ascot and finished a creditable fourth to Almanzor in the Champion Stakes on his last run.

“He's a first-season sire by Dark Angel, a strong sprinting type and a lot was thought of him before he suffered his injury,” he said.

Crystal Theatre, a daughter of King's Theatre, is headed to Dandy Man.

FIRST PUBLISHED 6:00PM, JAN 25 2017
Kodiac is the leading two-year-old stallion by number of winners in Britain and Ireland – he has good stats behind him and gets good results for his foals