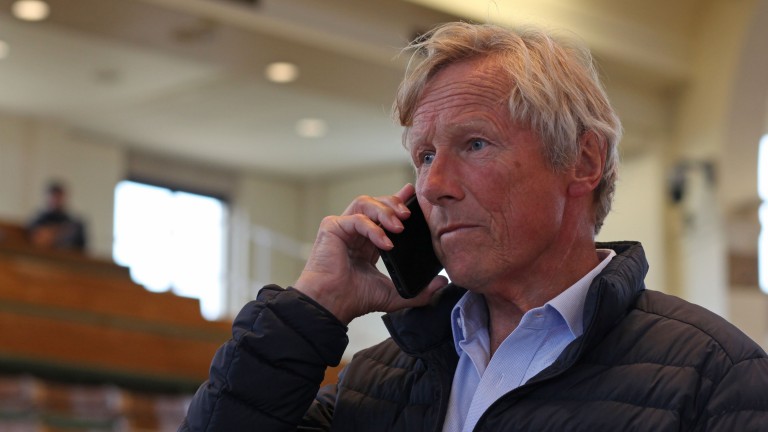 What are you looking forward to most in 2022?

Ed Bethell, trainer I've been looking forward to my yearlings turning two, I've got a really nice crop, while Artistic Rifles is heading out to Dubai. Hopefully we can improve further from 2021 and see the horses run well.

Sophie Buckley, co-owner of Culworth Grounds Farm I am looking forward to the usual fun and games with our local planning authority. This year we hope to add a new foaling unit and staff accommodation to Culworth Grounds. Progress in the form of buildings is never easy, but hopefully we can come to some form of compromise!

Hubie de Burgh, consultant Castle Star winning the Commonwealth Cup at Royal Ascot - but not the hangover should he do so!

Georgia Cox, jockey I’m just a very small part of the Clarehaven team but it’s good to be always having lots to look forward to. There are endless blue-blooded pedigrees on tap and raw talent, as well as watching ducklings turn into swans over the winter and waiting for the next superstar to emerge. 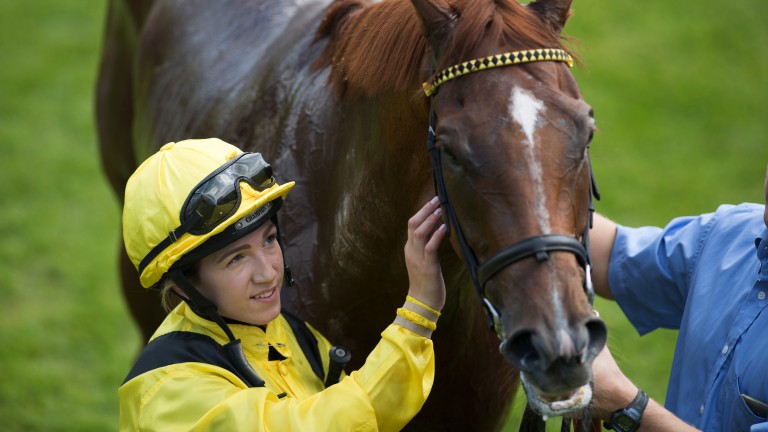 Sam Hoskins, syndicate manager From a syndicate perspective, I am most looking forward to seeing how our KVT stalwart Sir Busker gets in on Dubai. Hopefully he can emulate the likes of Lord Glitters by winning lots of dirhams! Personally, I bred a very promising filly called Atomise and it would be exciting to see her go on and develop into a black-type filly.

Which younger sires excited you most in 2021?

Ed Bethell Ribchester and Ardad. I was sent a filly by Ardad and she's now rated 91, I think she's pretty good. Hopefully she'll train on. She showed a really good attitude to life and was fast like her dad. I've also got a lovely Ribchester gelding who has a wonderful temperament and always looked like he was going to be a nice three-year-old.

Sophie Buckley There are a few stallions I've used over the last couple of years who have shown promise with their first runners. Ulysses at Cheveley Park, Time Test at the National Stud and Ardad at Overbury. As a breeder based in Britain it is great to see them have some success. Their stud fees have also been kept at an affordable level. 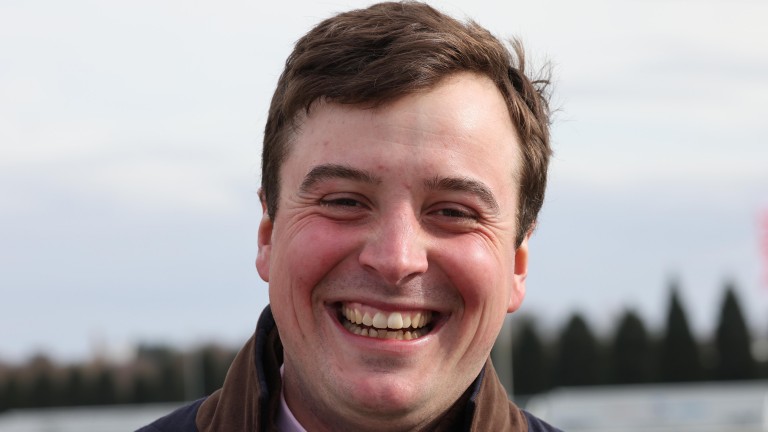 Hubie de Burgh Zarak. He’s a beautifully bred son of Dubawi who had 18 winners in 2021, including some very smart stakes performers. His stock should only get better the older they get.

Georgia Cox Pride Of Dubai, who previously stood at Coolmore and has now returned to Australia. I’m writing this in the hope he has booked a return flight, due in no small part to the giant strides his son Dubai Honour made in 2021. I don’t think Europe has entirely woken up to him yet. His pedigree is littered with success, for example Invincible Spirit and Kodiac.

Sam Hoskins There are some hugely exciting first-season sires around and the way the likes of Galileo Gold, Ulysses and Time Test have started bodes well for the future, given their progeny are likely to be better three-year-olds.

Ed Bethell I've got a lovely, big Pride Of Dubai gelding who is turning three called Sky Breeze. I think he will be very nice.

Sophie Buckley Officer Of State. He is trained by Andre Fabre and owned by Godolphin. He was second in a Listed race second time out as a two-year-old and hopefully should improve with age as he is by Golden Horn. I own the dam so I have a slightly vested interest!

Hubie de Burgh Nobel, a two-year-old by Lope De Vega who was very impressive when winning his only start at Kempton recently.

Georgia Cox Nashwa, who is one of Imad Alsagar's homebreds. She's a good looking daughter of Frankel who possesses his trademark huge stride and is very scopey and enthusiastic in her work. Hollie [Doyle] gave her a great introduction to racing and I expect she'll improve for a step up in trip and a winter on her back. 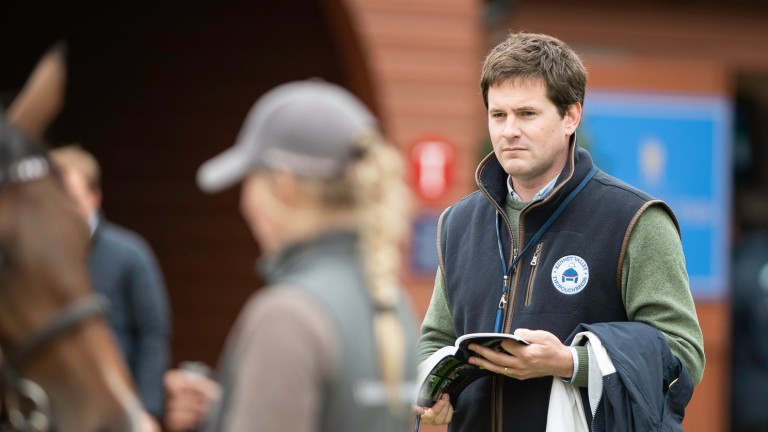 Sam Hoskins: plenty to look forward to with Kennet Valley Thoroughbreds and personally in 2022
Tattersalls

Sam Hoskins We've a promising Ardad colt, Regal Envoy, with Clive Cox. He didn’t pull up any trees on debut but was found to be lame after, and he'd been catching pigeons beforehand. He should win his maiden and is in the right hands to progress from there. His sire has made a great start and at the time this colt was his most expensive yearling.

Will Frankel be Galileo’s long-term successor or will he have competition?

Ed Bethell It looks that way doesn't it? He's the right heir to the throne with his pedigree. The only competition from that sire line looks to be from Coolmore, but I think Frankel will sweep all before him.

Sophie Buckley At the moment Frankel looks like he is steaming ahead and will be hard to catch, but there is still time for another successor.

Hubie de Burgh Frankel will be hard to beat but do not disregard Lope De Vega and Wootton Bassett. Both of those stallions started with fewer quality mares and are upgrading their stock on the track.

Georgia Cox They started from different places, with Galileo beginning at Ir£50,000 and then dropping to €37,500 before making his way to the top. Then you've got Dubawi, who has been trying to dethrone Galileo for some time now, and Kingman, but it's taken one of Galileo's own sons to do it. For Classic potential I'd still put Frankel at the top. 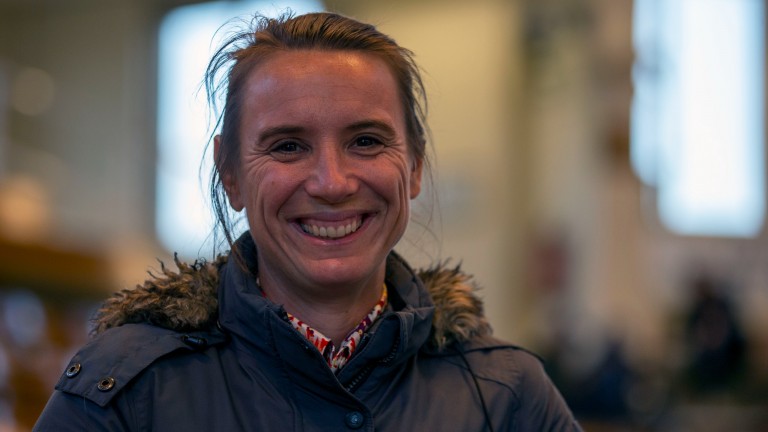 Sophie Buckley: "Frankel looks like he is steaming ahead"
Laura Green

Sam Hoskins The expectation on Galileo’s son Frankel and his own half-brother Sea The Stars when they went to stud was big, but they're both exceptional stallions and natural heirs. However, Dubawi should not be forgotten. As well as being an outstanding stallion, there's his impact as a sire of sires with the likes of Night Of Thunder, New Bay and Time Test.

What are your biggest concerns for the industry in 2022?

Ed Bethell Prize-money. The Jockey Club has invested an extra £58 million but the grassroots is where the majority are playing, and it's very difficult to make it pay. I was very lucky in 2021 - we ended up with around £380,000 in prize-money from 32 runners - but there should be a sustainable way to ensure every race is run for a minimum £10-15,000.

Sophie Buckley As in all industries, there are concerns, which in this country includes lack of prize-money, staff shortages and rising costs, but on balance 2021 showed how resilient the industry is. The sales were a success overall and racing carried on. We should focus on the positives, of which there are many, and that will help us overcome the negatives. 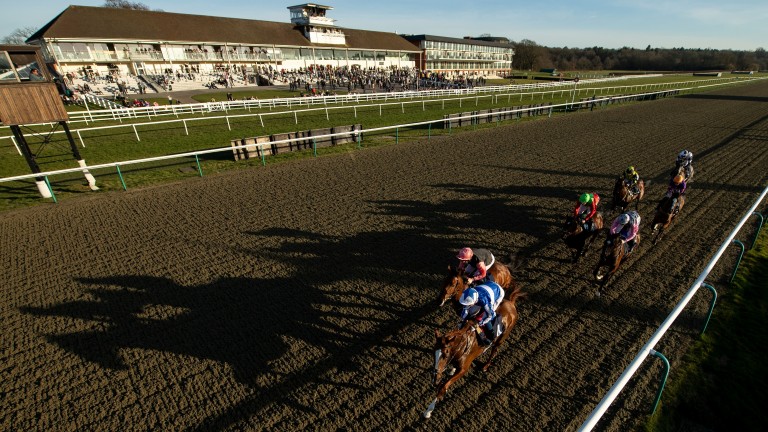 Prize-money concerns are likely to continue into 2022
Edward Whitaker

Hubie de Burgh Lack of any real progress tackling the prize-money problem, especially as all other major global racing jurisdictions are increasing their levels on an annual basis. Also, the lack of recognition of the importance of the syndication model, as proven so successfully in Australia. It’s the 'dipping the toe in the water' experience that brings new owners into racing.

Georgia Cox Firstly, for bookmakers to give back more to the sport that serves them so well. The constant stream of negativity on Twitter can also be depressing, when racing does a lot of good that usually goes unheard. I'm not saying this is just a racing problem, as social media can turn nasty in whatever avenue.

Sam Hoskins Racing hasn’t been going through a great time of it and I hope there can be more harmony, with the good stories the ones making headlines. My biggest concern is prize-money. A million or two extra isn’t going to solve our problems; what we need is radical change to the way racing is funded. The interests of horsemen, racecourses and bookmakers need aligning.

Who is your pick of the first-season sires in 2022?

Ed Bethell I've got to say Expert Eye. The colt we've got is laid-back and just eats, sleeps and does the job. He's a very straightforward horse, has a nice bit of size and is a good mover.

Sophie Buckley The progeny of Havana Grey at Whitsbury Manor Stud looked like racehorses. I've also bought a nice foal by Saxon Warrior. His average yearling price was very solid, so if they perform like how they look he should be in with a good chance. I also couldn’t help noticing the progeny of Lightning Spear; they had that 'look at me' outlook.

Hubie de Burgh Zoustar, but I guess he doesn't qualify as he's already a very successful stallion in Australia. If not him then Saxon Warrior, who is beautifully bred and had lovely types at the sales who were bought by a good cross-section of buyers. He'll have enough runners to be competitive and was an excellent racehorse at two and three.

Georgia Cox I think Tasleet has a huge chance of battling out the finish for first-season sire honours. I rode him a lot when he was in training and I've also seen a lot of his progeny at the sales - they look like runners. For first-season sires who will want more time, I'll be interested to watch Saxon Warrior and Cloth Of Stars.

Sam Hoskins Of the higher-priced stallions, I very much liked the Saxon Warriors, they were classy and athletic. Havana Grey could have a good chance of being leading first-season sire with an army of powerful, precocious-looking stock assembled. I also very much liked the look of the Tasleets - we bought one for KVT. Tasleet could surprise a few people.

Sourcing Shishkin: the priceless chaser once bought for €28,000