Best of Bloodstock A NEW ERA

Beyond Reason also provided Australia with a maiden success in Britain 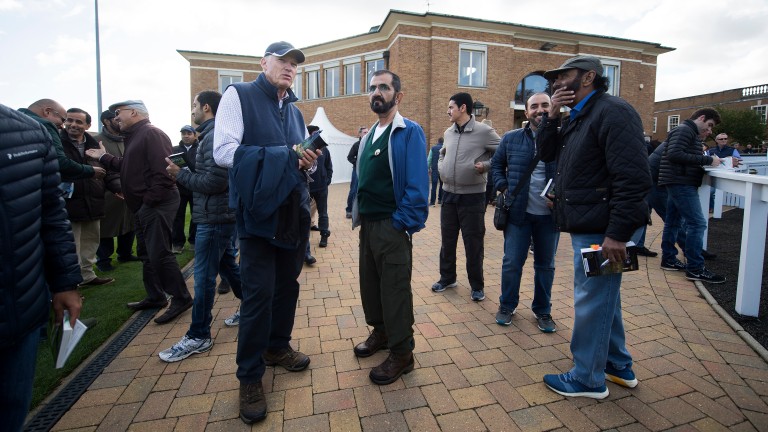 This article was originally published on June 7

Godolphin's decision to end their 13-year self-imposed boycott of the progeny of Coolmore stallions reaped its first dividend on Wednesday evening when Beyond Reason, a daughter of Australia, stormed to a four-length success in a 6f novice event at Kempton.

Somewhat ironically, Beyond Reason also provided Australia - a stallion of potentially huge significance for Coolmore as they continue to search for an heir to Galileo - with his first winner in western Europe.

The dual Derby winner got off the mark at stud last month when Australian Prince broke his maiden at Krasnodar Hippodrome in Russia.

Beyond Reason may be the product of a dual Classic winner and out of a mare who was at her best over 1m½f at four - the Grade 3-winning No Explaining - but the Charlie Appleby-trained filly has displayed ample precocity in her two starts, having finished a promising second on debut at Newmarket before overcoming a wide draw to make all with ease at Kempton.

Despite Sheikh Mohammed installing a new buying team for last year's yearling sales, spearheaded by John Gosden, Anthony Stroud and David Loder, Beyond Reason was signed for by Rabbah Bloodstock when bought out of the Clare Castle draft at Book 1 of last year's Tattersalls October Yearling Sale for 370,000gns.

No reason has ever been given for the self-imposed embargo on Coolmore stallions and their progeny, but once it became apparent it had been lifted during last year's Keeneland September Sale, it did not take long for the floodgates to open.

The primary Godolphin buying team bought six yearlings by Coolmore sires at Tattersalls' Book 1, and if sales price proves to be any gauge of racecourse ability, then Sheikh Mohammed has plenty more to look forward to, as his operation signed for at least 6,295,000gns worth of stock by Coolmore-based stallions at the sale.

It was at that auction that Godolphin outbid their old adversaries Coolmore at the sale-topping sum of 4,000,000gns for Gloam, a daughter of Galileo and the Breeders' Cup Filly and Mare Turf winner Dank. 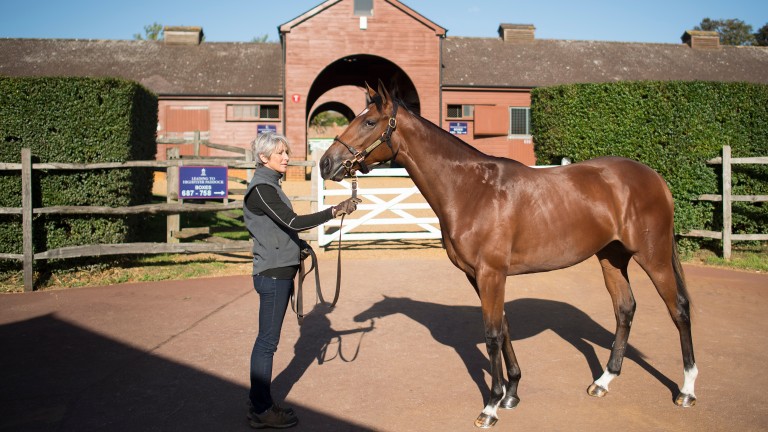 They also signed for the second-top lot at the Goffs Orby Sale, a Galileo filly out of L'Amour de Ma Vie consigned by Ballylinch Stud, who fetched €1.2 million.

Among the earliest signs that Godolphin had lifted the self-imposed embargo came when the operation bought two lots by Australia, whose debut crop contains 117 two-year-olds, at Keeneland. They are the $490,000 colt Wirraway and the $300,000 colt Red Centre, both of whom are now in training with Gosden.

Godolphin's patronage of Coolmore sires was not confined to the progeny of Galileo or his sire sons, as their Keeneland haul also included three yearlings by Scat Daddy, colts out of Practice and Thmoruplathlesupay, who cost $800,000 and $650,000 respectively, and a filly out of Seanchai bought for $550,000.

There was reciprocity on the part of Coolmore, although we may have to wait a little longer before we see Gentile Bellini - a son of Dubawi and Sky Lantern acquired for 2,000,000gns - grace the racecourse.

Beyond Reason's maiden victory is not the first time in the last seven days that Godolphin have enjoyed success with a sire son of Galileo, of course, having had Masar, a homebred by New Approach, win the Derby on Saturday.

If you enjoy this story you may also be interested in...

Masar: an absorbing pedigree and a crucial win for Godolphin breeding

FIRST PUBLISHED 5:21PM, AUG 31 2018
If sales price is any gauge of racecourse ability, then Sheikh Mohammed has plenty more to look forward to