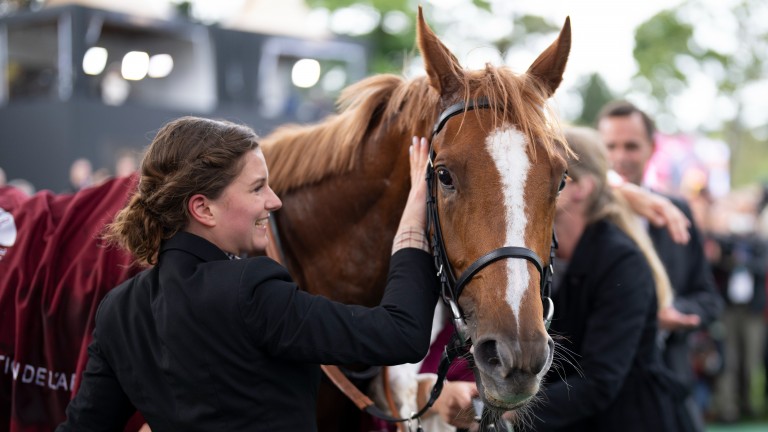 Officials at BBAG did not have to scratch their heads for a catalogue cover star this year for its October Mixed Sale.

Step forward a graduate of 2018, a certain Torquator Tasso, who made €24,000gns to a bid from Gestüt Auenquelle when consigned by Gestut Erftmuhle.

What a bid it has turned out to be, with the now four-year-old winning Europe's most valuable and arguably most prestigious race this month, Torquator Tasso having Tarnawa, Hurricane Lane. Adayar and co in arrears when running out a three-quarters of a length winner of the Prix de l'Arc de Triomphe.

That was his third Group 1 victory and his earnings are approaching £3 million, with the promise of more to come given he is due to stay in training at five.

Buyers will be very much hoping to uncover the next big thing at the auction in Iffezheim, across the road from Baden-Baden racecourse, on Friday and Saturday, while sellers will be praying they don't end up letting any diamonds in the rough go cheaply.

Last year's figures showed an encouraging improvement on 12 months previously, and the star graduate's success in the Arc can only be a help as the 2021 edition looms.

The bar had not been set particularly high from what had been a disappointing 2019 sale, though circumstances 12 months ago were hardly conducive to strong trade with only vendors and accredited buyers allowed to attend and Covid-19 preventing the attendance of most overseas visitors.

The clearance rate dropped again to 60 per cent, but German vendors traditionally set stiff reserves and some horses were evidently heading through the ring to be qualified for valuable auction prizes.

Torquator Tasso's sire Adlerflug sadly died at 17 earlier this year. He has three yearlings listed for sale here, including two fillies out of Monsun's daughter Long Summer (lot 69), this one named La Donna, and the other out of La Khaleesi (66), a daughter of Alexandros who won as a juvenile at Maisons-Laffitte and was Listed- and Group-placed. She has been named Lovebird. 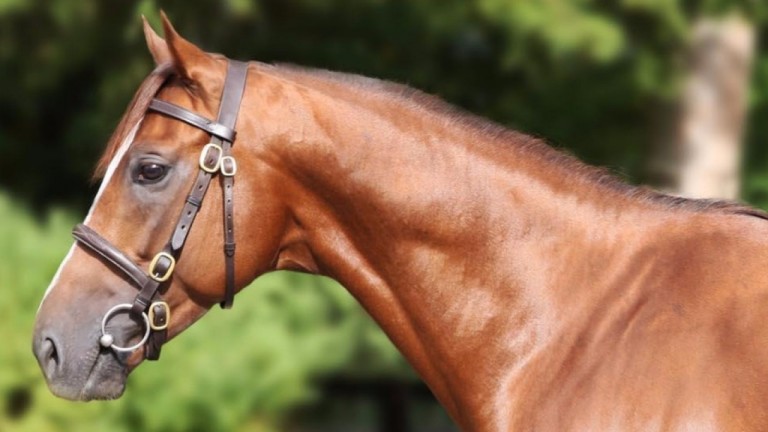 Adlerflug: yearlings and other stock in the sale should prove popular
Marc Ruehl - marcruehl.com

The colt (79), named Nebraska, is out of Campanologist's daughter Nakura.

Adlerflug's representation is completed by three-year-old filly Shenzhen (20), a winner of one of her five starts, at Cologne, and who is out of High Chaparral's daughter Sahara.

The five yearlings by Lord Of England have also been given a sad collector's item element by the very recent death of the sire aged 18.

On offer across the two days are four fillies and a colt. The fillies are Waldeza (269), out of Cape Cross mare Wierland; Chakira (53), out of High Chaparral mare Chalcot; Extrabunt (281), out of Tai Chi's daughter Edana; and Lady Longchamp (301), out of Acatenango's daughter Lisibila, whose best progeny to date is four-time Listed winner Lili Moon, by Desert Prince.

Also for sale is his nine-year-old daughter Elea (347), who is in foal to Hunter's Light, and three-year-old son Domsturmer (10), a colt who was last seen finishing mid-division in a Listed race at Hanover in June.

The sale begins on Friday at 5pm local time (4pm BST), and from 10am local time on Saturday, and the catalogue can be perused in full here.

FIRST PUBLISHED 10:20AM, OCT 14 2021
Last year's figures showed improvement on 12 months previously, and the star graduate's success in the Arc can only be a help as the 2021 sale looms