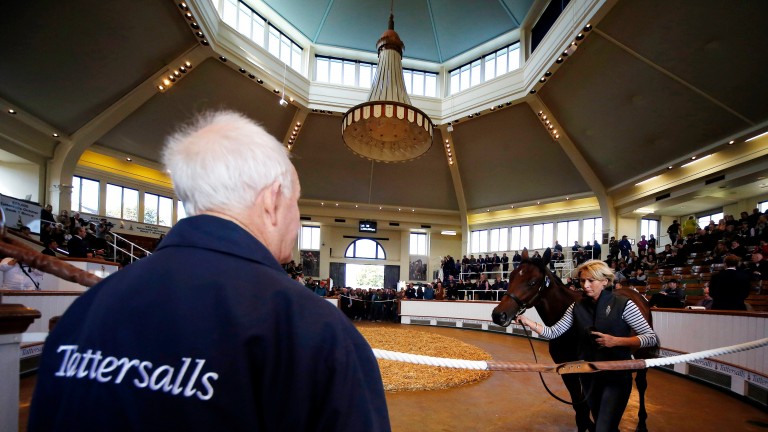 Tattersalls has released the highly anticipated catalogue for Book 1 of its October Yearling Sale, the 502 lots comprising a veritable who's who of in-demand bloodlines.

The online catalogue features brothers or half-brothers to the likes of Highland Reel, Postponed, Order Of St George and Speedy Boarding, while there are sisters or half-sisters to other high achievers in Halfway To Heaven, Lillie Langtry, Talent, this year's Irish Derby winner Capri and current ante-post Derby favourite The Pentagon.

In total 41 full- or half-siblings to top level winners will be offered during the three-day Newmarket sale, opening on October 3. There are also 30 Group 1-winning mares with yearlings entered, including Dubawi colts out of Danedream, Sky Lantern, Finsceal Beo and Ambivalent; a Sea The Stars filly out of Islington; a Galileo filly out of Dank; and a Dansili colt out of Sultanina.

First-crop sires also have a strong presence in the catalogue: 11 stallions with their first yearlings on the market account for 93 lots, including champions Australia and Kingman, as well as promising types such as Charm Spirit, Garswood, Toronado and No Nay Never.

"We felt that last year's October Book 1 was a bit special, but the 2017 renewal looks to have raised the bar again," said Tattersalls chairman Edmond Mahony. "There are a huge number of own or half-brothers and sisters to Group and Listed winners in the catalogue. But equally impressive is that nearly 150 of the 502 yearlings are out of Group- and Listed-winning mares, including many of the truly outstanding racemares of our time, and a further 64 are out of Group- and Listed-placed mares.

"An extra dimension is also added by the five beautifully-bred yearlings which are part of the once-in-a-generation Ballymacoll Dispersal at Tattersalls."

All entrants are eligible for the £25,000 Tattersalls Book 1 Bonus scheme.