Requinto, Fast Company and Starspangledbanner among those with big results 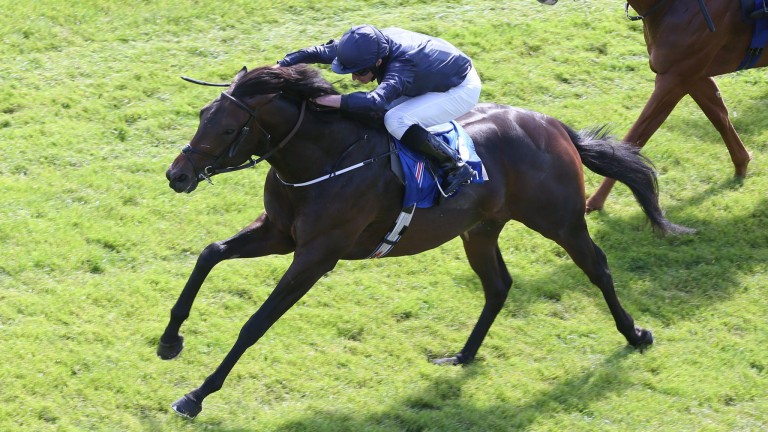 Christmas is a time of reflection and digging around the many stallion statistics available on the Racing Post Bloodstock website reveals some interesting angles that were easily missed in the hustle and bustle of the Flat season.

Three stallions produced a winners-to-runners strike-rate of more than 50 per cent with their two-year-olds in Europe. That Kentucky kingpin War Front managed a clip of 60 per cent for 15 winners from 25 select, well-bred runners brought across the Atlantic is no surprise, and Shamardal's mark of 51 per cent is to be expected for a sire of his immense talent.

But it is a bargain-basement sire who completes the trio. Requinto, who stands at just €5,000 at Coolmore, had 18 winners from 33 first-crop runners headed by the classy Broken Stones, a 200,000gns breeze-up buy later sold to race in Hong Kong.

Similarly, a trio of relatively inexpensive stallions managed to keep pace with usual suspects such as Dark Angel, Dubawi, Galileo, Kodiac and Shamardal by supplying three or more juvenile stakes winners in Europe in 2016.

Power (stands at Coolmore at a fee of €8,000) managed four in his first crop in total, headed by Anglesey Stakes winner Peace Envoy and Horris Hill Stakes scorer Pleaseletmewin.

Fast Company (Kildangan Stud, €7,000) had three including French Listed winners Red Onion and Simmie, who were a fine advertisement for their sires having made eight and ten starts respectively in their debut season.

With his half-brother Galileo hogging the limelight after a glut of Group 1 winners in 2016, it is easy to forget Sea The Stars also shone centre stage.

The Gilltown Stud resident achieved the best winners-to-runners strike-rate of any of this year's leading sires, on a remarkable 58 per cent. Dubawi was next best on 54 per cent, with Footstepsinthesand in third on 53 per cent.

He fielded 12 stakes winners led, of course, by dual Derby hero Harzand, with his other Group 1 winner this year, Zelzal, suggesting his sire is not just about middle distances having stuck in the Prix Jean Prat.

Results continue to show the presence of the late German sire colossus Monsun in a pedigree is a force for good. It was well documented that Almandin last month became his third winner of the Melbourne Cup in only four years but less well known are his exploits as a broodmare sire in 2016.

Monsun was represented by 103 winners from 211 in this department for a strike-rate of 49 per cent – beaten only by Maria's Mon and Johannesburg among the elite broodmare sires, and they had far fewer representatives.

Daughters of Monsun produced 13 stakes winners in 2016 – matched by Pivotal and beaten only by Danehill, Galileo and Sadler's Wells – including Group 1 winners Guignol and Waldgeist. Outside of Europe, it was Monsun's brilliant daughter Stacelita who was the dam of Frankel's first top-level winner, Soul Stirring, in Japan.

Starspangled has strength in depth

A nifty tool on the Racing Post Bloodstock website are the tables of sires by proportion of runners with Racing Post Ratings of 80, 100 or 115 or more.

The leader in the first division is Starspangledbanner, who clocked 13 rated 80 or above out of just 18 runners, for a ratio of 72 per cent. That figure outdid War Front (69 per cent), Frankel (66 per cent) and Dubawi (63 per cent).

War Front came out best with runners rated 100 or more, with 20 out of 51 for 39 per cent, while Kitten's Joy ruled the sires capable of siring the cream of the crop, with two out of 18 runners achieving RPRs of 115 or more, just ahead of Beat Hollow, who had two from 20.

FIRST PUBLISHED 7:13PM, DEC 15 2016
It was well documented that Almandin last month became his third winner of the Melbourne Cup in only four years but less well known are his exploits as a broodmare sire in 2016