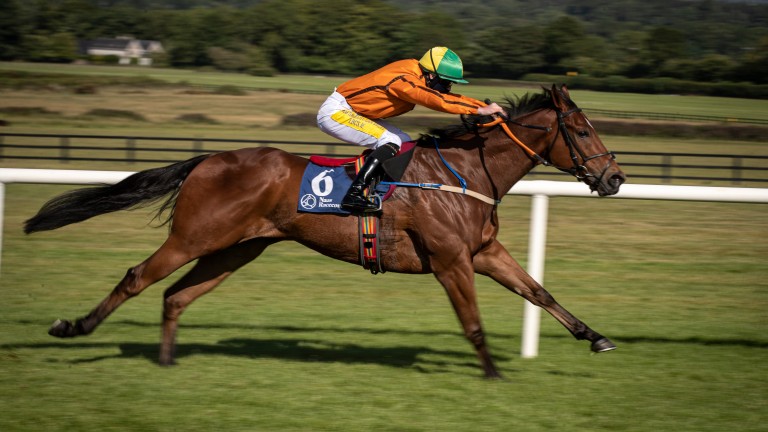 Sceptical's stunning success in the Listed Woodlands Stakes at Naas on Monday was not only a significant victory for trainer Denis Hogan and owner James McAuley, but should be a source of optimism for those with an eye for a bargain at the sales.

The progressive sprinter, now set to contest the King's Stand Stakes at Royal Ascot, was bought by McAuley for a mere £2,800 at last year's Goffs UK August Sale as an unraced three-year-old.

While the son of Exceed And Excel can only have had his share of misfortune not to have made the track for Godolphin, his pedigree always entitled him to be a smart performer, as he is out of Jealous Again, a daughter of South African champion sire Trippi who won the 2009 Queen Mary Stakes for Wesley Ward. 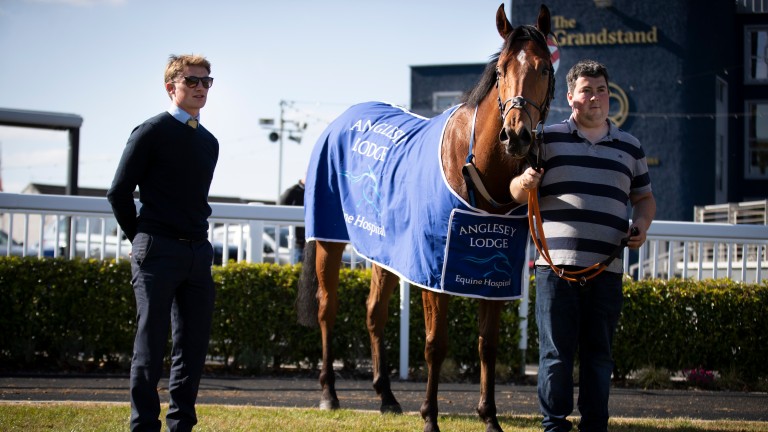 Denis Hogan (left) with rising star sprinter Sceptical
Patrick McCann
Moreover, Sceptical is not the first example of Hogan striking gold with a Godolphin cast-off, having picked up another classy sprinter in Make A Challenge in partnership with Colm Sharkey from Doncaster in 2017 at a cost of just £6,500.

Although Hogan may be making it look easy to find big talent for small money, examples of major operations letting Group 1 performers go at rock-bottom prices are few and far between.

But the occasional top-class runner has slipped through the net at the sales, including the following four names, who rank among the very best bargain buys in recent history.

Alan Swinbank's globe-trotting gelding took a most unconventional route to stardom, having started his career with success in a humble Catterick bumper and taken in a Kelso maiden hurdle before he went on to scale the heights of the Group 1 Hong Kong Vase.

Collier Hill also won the Canadian International and Irish St Leger among a career haul of 15 victories, which yielded well over £2.3 million in prize-money. But this remarkable tale took one of its earliest turns in the humdrum setting of the Ascot sales ring. 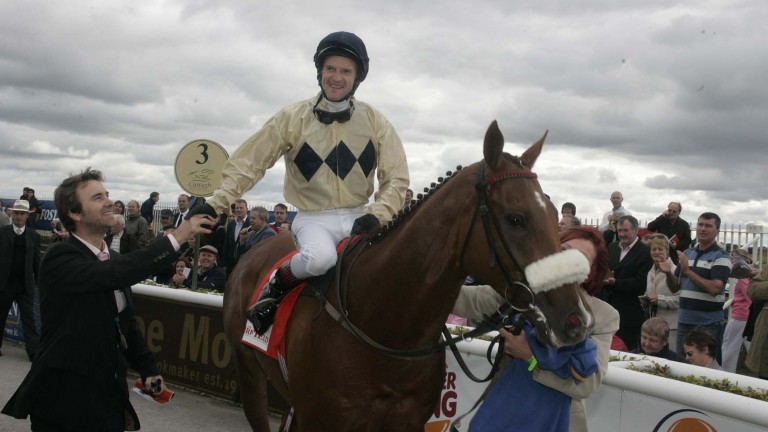 Collier Hill returns victorious after the 2005 Irish St Leger
Caroline Norris
Collier Hill was bred by leading owner-breeder George Strawbridge and sent into training with John Gosden during his time at Manton. However, the son of Dr Devious failed to make the racecourse for Gosden, and was picked up by Swinbank for the chicken feed sum of 5,500gns as an unraced three-year-old.

The North Yorkshire-based trainer sold a half share in the horse - originally named Dr Freeze - to Cumbrian farmer Russell Hall, who reportedly agreed to buy only on the condition he could name the horse after his first farm, Collier Hill.

A little over ten years ago Makfi had just announced himself as one of the leading lights of his generation when he caused a 33-1 upset in the 2,000 Guineas, in which he got the better of Dick Turpin and Canford Cliffs.

However, despite boasting a superb pedigree, Makfi's career got off to an inauspicious start.

Bred by Shadwell, he was from the debut crop of Dubawi and out of a half-sister to champion Alhaarth, but failed to make the racecourse for Hamdan Al Maktoum's operation and was offered among the 1,533 catalogued lots at the 2009 Tattersalls Autumn Horses in Training Sale. 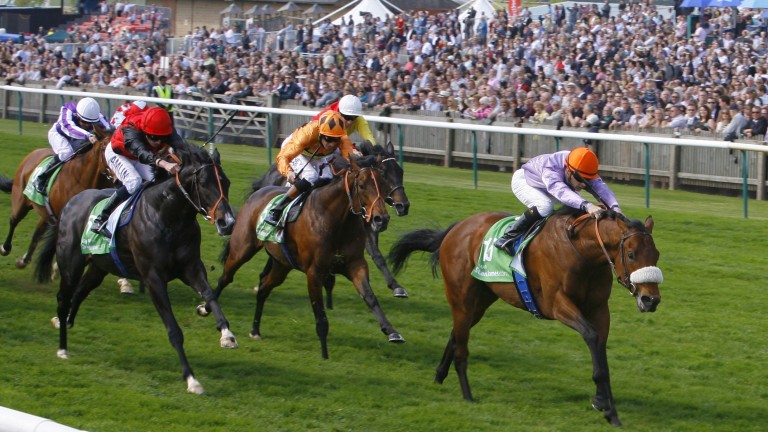 Makfi storms clear in the 2,000 Guineas of 2010
MARK CRANHAM
He was signed for by French agent Hubert Barbe at just 26,000gns and sent into training in Chantilly with Mikel Delzangles for owner Mathieu Offenstadt. He won his first three starts for Delzangles, completing a hat-trick in the Newmarket Classic, and later that season beat Goldikova to win the Jacques le Marois.

At four he retired to Tweenhills Stud, from where he sired the likes of Make Believe, who is now a promising second-season sire based at Ballylinch Stud.

The price history of Tropics is a classic case study of how quickly bloodstock values can rise and fall. From the third crop of Speightstown and conceived at a fee of $40,000, Tropics fetched $280,000 as a foal when signed for by Long's Peak Equine at Keeneland in 2008.

Dromoland Farm consigned the youngster the following September, and armed with a page rich in black type and having presumably shown considerable physical improvement, John Ferguson went to $700,000 to add the colt to the Godolphin ranks.

However, things did not go to plan thereafter as Tropics failed to make the track for Godolphin and was sold to Graham Thorner with a view to going jumping for only 2,500gns as a three-year-old out of training. 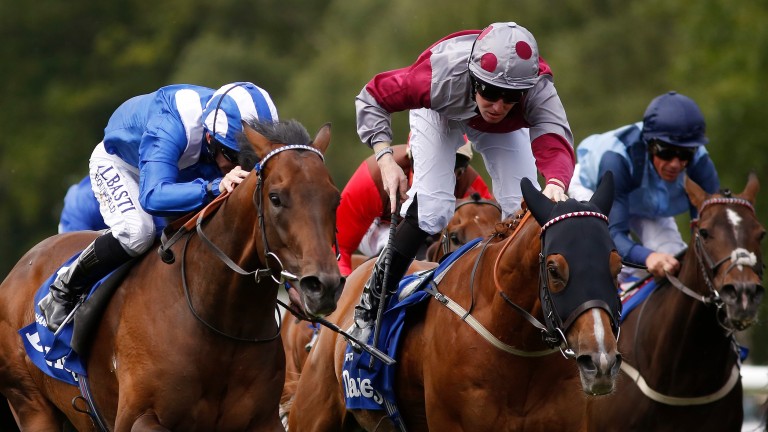 Muhaarar narrowly denies Tropics (spotted cap) in the 2015 July Cup
Alan Crowhurst
After he showed much more latent speed than the typical jumper, Tropics found his way into Dean Ivory's stable. Although he had a delayed start to his racing career, he developed into a prolific and high-class sprinter, winning 14 races and reaching the podium on 13 other occasions to amass £592,612 in prize-money.

His biggest win came in the Group 3 Bengough Stakes of 2013, but he will arguably be best remembered for his back-to-back runner-up efforts in the July Cup, going down to Slade Power in 2014 and Muhaarar 12 months later.

Jet Setting played a starring role in one of racing's most recent rags-to-riches stories, going from cheap foal purchase to bargain horse-in-training buy before she blossomed into a Classic winner who sold for seven figures.

Bred by Peter Kelly, the filly fetched just €7,000 as a foal before heading into training with Richard Hannon and for owner Julie Wood. The daughter of Fast Company showed ability in four starts for Hannon, albeit without looking a world beater, and was sent to the Tattersalls Autumn Horses in Training Sale in 2015.

There she caught the eye of agent John Kilbride, who signed for the filly at 12,000gns on behalf of the Equinegrowthpartners Syndicate. Having been switched to Adrian Keatley, Jet Setting began a steep upward curve that included a third-place finish behind La Cressonniere in the Prix Herod and winning a Leopardstown Group 3. 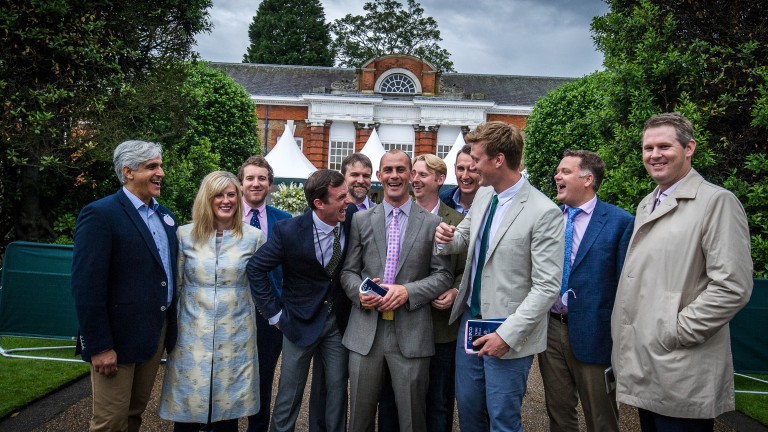 Jet Setting's connections in celebratory mood after the filly sold to Michael Wallace (right) of the China Horse Club at the Goffs London Sale
Sarah Farnsworth
The best was yet to come, however, as Jet Setting upset the odds-on favourite Minding to win the Group 1 Irish 1,000 Guineas just under seven months after she changed hands at Tattersalls.

Less than a month after her Classic victory, the Equinegrowthpartners decided to cash in their investment and sent Jet Setting to the boutique Goffs London Sale, which she duly topped when bought by China Horse Club for £1.3m. Her first foal, a colt by Le Havre, is among this year's two-year-olds.

Too Darn Hot nomination raises A$55,000 for CatWalk Spinal Cord Injury Research How Dubawi's first stakes winner inspired the mating behind the brilliant Adayar Alcohol Free's Sussex win completes glorious week for No Nay Never High-class catalogue of 400 launched for Goffs UK Premier Yearling Sale 'All the support is unbelievable' - Johnny Hassett fundraiser hits €250,000 mark 'My father cut the timber for the stable' - the other Bolger behind Poetic Flare