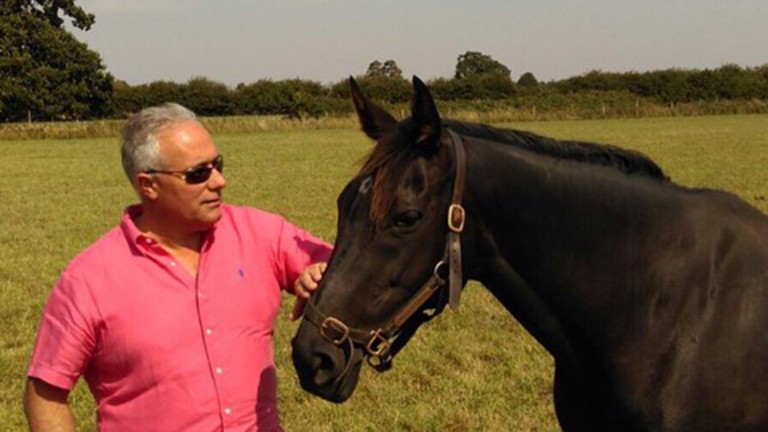 Not many broodmares can boast the perfect record of three winners from as many runners to have hit the track to date as Primo Lady. Fewer still would have provided such a strike-rate for the minuscule original investment of £5,000.

That was what the daughter of Lucky Story cost trainer Gay Kelleway at Doncaster in 2009 before friends Gary Hodson and Peter Moule joined her in a partnership. She won the Listed Marygate Stakes at York and ran in the Queen Mary at Royal Ascot but has already surpassed those achievements in the paddocks.

Her first foal, Out Of The Flames, was third in the Queen Mary and earned black type honours in the Mizdirection Stakes at Aqueduct and her second, Little Kim, appeared in the same Ascot race again before claiming the Group 3 Prix du Bois at Deauville.

Although the Royal meeting was a step too far for her latest juvenile, the Archie Watson-trained War Storm, the Due Diligence colt has already struck at York and Redcar in recent weeks.

"She’s amazing, there’s just never anything wrong with her," says Hodson, who has an electrical wholesale business in Hertfordshire. He persuaded the more hands-off Moule to remain involved as a breeder in what was essentially intended as a bit of fun.

War Storm (yellow) was off the mark at York in May
Martin Lynch
"War Storm was probably the nicest horse she’s had in terms of looks, but she’s had an absolutely stunning Muhaarar colt. Tom Blain at Barton Stud [where Primo Lady boards] said he’s unbelievably good.

"I guess we’ll wait for the yearling sales with him, I’m not sure we’ll go for the foal sale again this year. It’s not to say we won’t, but we’ve got until August to make a decision. She’s in foal to Oasis Dream now, I was out with Peter recently and said 'you’re the lucky one mate, get your fingers crossed as we want a filly'."

Although Hodson, a keen racing fan who visits Primo Lady regularly in Newmarket, has been satisfied with their yield from offering her four offspring as foals, with the best so far being 60,000gns for War Storm, he is probably owed a bigger payday.

Retrospectively, the breeders missed out with Out Of The Flames reselling to Qatar Racing for £190,000 at the Goffs UK 2yo Breeze-Up Sale while Little Kim was bought back for 155,000gns at last year's Tattersalls December Mares Sale.

"We sold her Equiano colt last December, even though he made 32,000gns and was nice, the Equianos just don’t seem to make much money," Hodson reflected. "People aren’t really buying into him, even though he’s a good stallion. Perhaps if it hadn’t been an Equiano we’d have done better and Due Diligence was unproven but has obviously had a good start.

"We had planned to get to where we are, and although Muhaarar hasn’t quite kicked off yet, I’m sure he will, as he wasn’t very early himself. With Primo Lady’s background, she produced early ones so hopefully Muhaarar will be popular and Oasis Dream speaks for himself.

"People are noticing - I don’t know how many times I’ve turned down offers for her now, but at the end of the day, as I said to Peter, we’ve got this far, she’s still a young mare. Realistically, I’d have thought, we’d be hoping now that we should start making some good money for them. The breeding is something I love doing, and the story rolls on."

FIRST PUBLISHED 7:46PM, JUL 8 2019
I don't know how many times I've turned down offers for her now, but at the end of the day we?ve got this far, she?s still a young mare