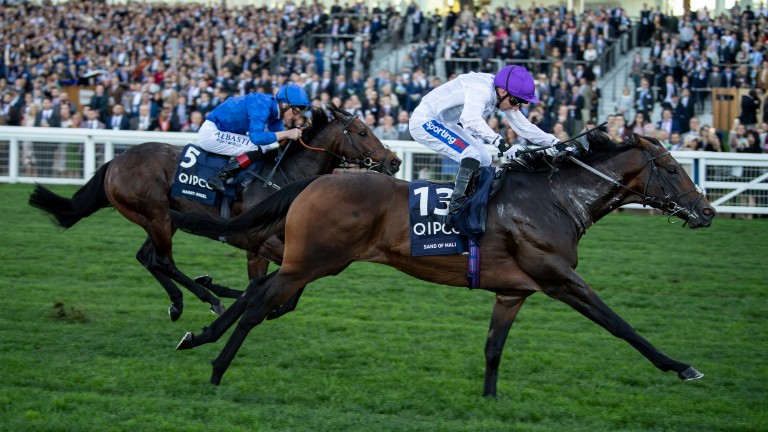 Sands Of Mali begins his stud career at Ballyhane next year
Edward Whitaker
1 of 1
By Bloodstock World Staff 1:57PM, NOV 19 2020

Ballyhane Stud's new boy Sands Of Mali has been introduced at a fee of €6,500 for the 2021 covering season.

The operation's boss Joe Foley announced in August that he had secured the son of Panis, who won four Group races including the British Champions Sprint Stakes for Richard Fahey and the Cool Silk Partnership.

At Tattersalls last December, he reached 600,000gns as Cool Silk bought him outright and he ran twice more last season.

Flag-bearer Dandy Man remains at €15,000 after the American exploits of River Boyne while Elzaam, whose daughter Champers Elysees gave him a top-level breakthrough in the Matron Stakes, rises slightly to €5,000.

Prince Of Lir, who made a flying start with his first crop when The Lir Jet took the Norfolk Stakes, is trimmed to €3,500 from €4,000 Completing the quintet is smart sprinter Soldier's Call, who stood his first season at €10,000 and is reduced to €7,500 for next year.