Awtaad to lead four-strong roster once again at unchanged ?15,000 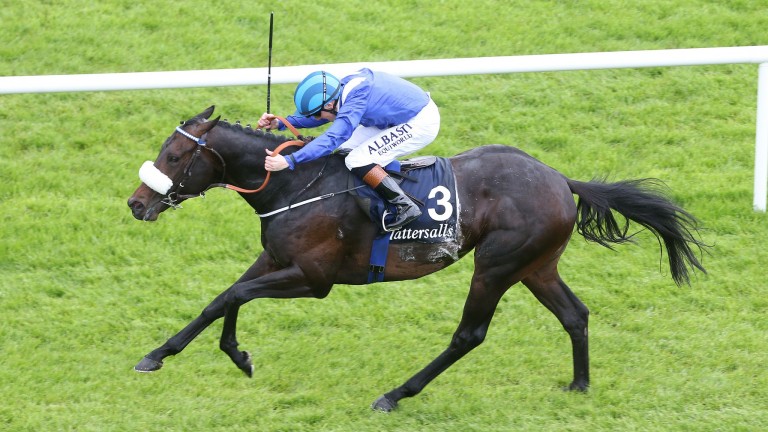 Awtaad: son of Cape Cross will stand for an unchanged fee for a third straight year
CAROLINE NORRIS
1 of 1
By Mark Scully 5:55PM, NOV 14 2018

Derrinstown Stud on Wednesday confirmed details of its 2019 stallion roster, with Awtaad once again spearheading a four-strong line up at an unchanged fee of €15,000.

The Irish 2,000 Guineas winner is a son of Cape Cross, whose stallion sons Sea The Stars and Golden Horn have already made an impact at stud. His first foals are set to hit the market in the coming weeks and he has stood for the same fee during his first two years at Derrinstown.

The sire of 21 stakes winners overall, Tamayuz has been represented in 2018 by the likes of Joel Stakes hero Mustashry and saw his fee boosted to its current level following a fine 2017, when Precieuse and Blond Me struck at the highest level on his behalf.

Like Awtaad, Dark Angel's son Markaz has his first foals being offered for sale this year and likewise his fee has remained unchanged at €6,000, while veteran Haatef, a son of Danzig, completes the roster standing once again for €2,000.