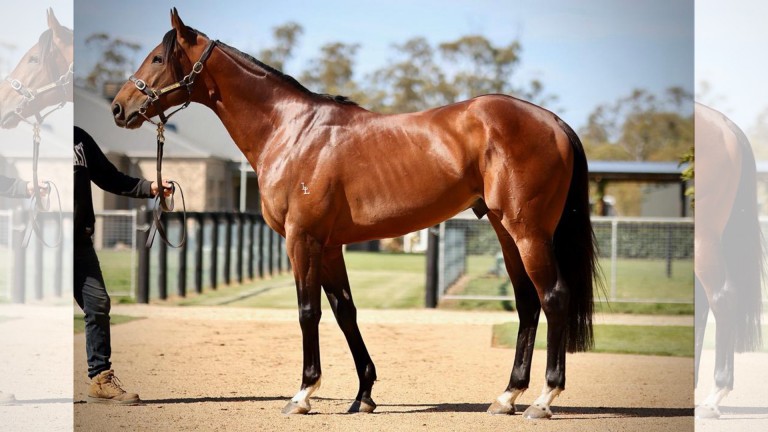 Fifty Stars, a durable and consistent Group 1-winning son of Sea The Stars, has been retired to Sunnyhill Stud to stand as a National Hunt stallion in partnership with Bloodstock.Racing.

Bred by Airlie Stud and a 110,000gns purchase by John Foote from Book 2 of the Tattersalls October Yearling Sale, Fifty Stars is, notably, a half-brother to Whiskey Sour, the winner of the Grade 1 Future Champions Novice Hurdle at Leopardstown for Willie Mullins in 2017.

The six-year-old was a seven-time winner during his career down under, winning his first start and the Group 3 Araza Sandown Stakes for Darren Weir, before being switched to David and Ben Hayes and Tom Dabernig, for whom he won the Group 1 Australian Cup and a trio of Group 2 races as well as placing second in the Group 1 Kennedy Cantala.

Fifty Stars also achieved placings in races such as the Mackinnon Stakes, Blamey Stakes and Hollindale Stakes. He retires with earnings of £1,459,962.

Jack Cantillon said: "Racing leading National Hunt mares like Cabaret Queen and Grangee, we set ourselves the goal this year of finding a star fit for a Queen. Fifty Stars has simply outstanding credentials as a National Hunt stallion.

The stars have finally aligned, say hello to our new stallion… pic.twitter.com/T5BwW9FpnB

"He’s the first horse in a generation to be a Group 1-winning half-brother to a Grade 1 winner retired as a National Hunt stallion in Ireland. It’s an honour to partner with a farm of the heritage of Sunnyhill Stud to stand him. The only one more excited than me is Cabaret Queen!”

Michael Hickey of Sunnyhill Stud added: “I look forward to standing Fifty Stars at Sunnyhill. He was a top-class, consistent racehorse and retired sound from his racing career. He is a smashing looking individual with great presence and a wonderful walk, and of course he's by a champion in Sea The Stars.

"The fact he had the speed to win from seven to ten furlongs should appeal to National Hunt breeders and we look forward to having him available for inspection shortly.”

Fifty Stars will be available for inspection in December, while a fee will be announced shortly.

FIRST PUBLISHED 2:06PM, NOV 11 2021
He is a smashing looking individual with great presence and a wonderful walk, and of course he's by a champion in Sea The Stars