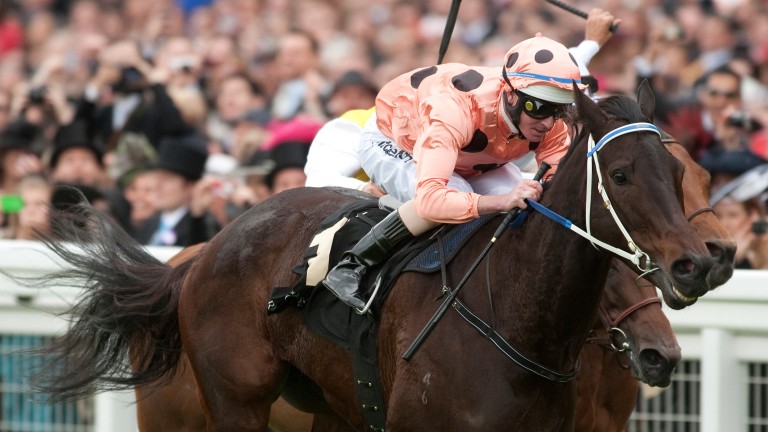 The Australian breeding industry is mourning the loss of Helsinge, the dam of wondermare Black Caviar, after her owner Rick Jamieson confirmed the daughter of Desert Sun had been put down last week at the age of 15.

Australian media reported her death was caused by an adverse reaction to medication.

The Gilgai Farm resident had been in foal to Woodside Park Stud stallion Written Tycoon.

The crowning achievement of a glittering broodmare career came with her very first foal Black Caviar, a daughter of Bel Esprit, winning all of her 25 career starts, all bar one of which came at stakes level.
Her phenomenal run famously included a successful raid on the 2012 renewal of the Diamond Jubilee Stakes at Royal Ascot.

It is not just through Black Caviar that Helsinge has created a legacy though, as she also produced All Too Hard, a four-time Group 1-winning son of Casino Prince who now stands at Vinery Stud in Scone, New South Wales. All Too Hard's first crop are currently two-year-olds.

Helsinge also has another son at stud, with the ten-year-old Moshe, a brother to Black Caviar, standing at Sun Stud in Victoria. His first crop are currently three.

Helsinge is also survived by her three-year-old daughter Brigite, a sister to All Too Hard, and Naturale, a four-year-old sister to Black Caviar, both of whom are owned by Jamieson.

Helsinge never raced herself but was a half-sister to the Australian Group 1 winner Magnus and Group 2 winner Wilander.

When in 2013 the Racing Post polled readers for their favourite broodmare of recent times, Helsinge came second with an impressive 15 per cent of the vote, behind Urban Sea on 27 per cent but ahead of big names such as Hasili and Height Of Fashion.

FIRST PUBLISHED 1:56AM, JAN 11 2017
Helsinge never raced herself but was a half-sister to the Australian Group 1 winner Magnus