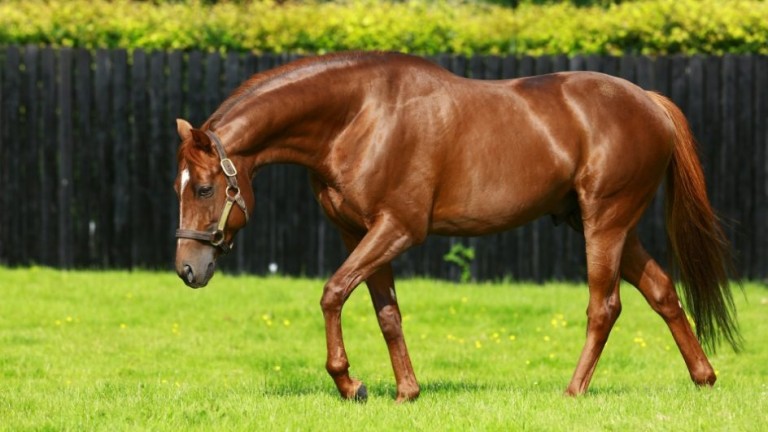 Australia: son of Galileo has a colt and filly entered for the SGA Sale
Coolmore
1 of 1
By Ollie O'Donoghue UPDATED 3:50PM, JUL 7 2019

A colt by the dual Derby hero Australia is among the eye-catching lots for this year's SGA Sale, which takes place at the La Maura sales complex in Milan on September 21.

The April-foaled youngster is among 127 yearlings set to be offered at the one-day auction, and hails from arguably the best family in the Italian Stud Book.

The colt was bred by his vendor Razza del Velino out of the Indian Ridge mare Mooney Ridge, a winning daughter of the Hernando blue hen Holy Moon, who produced four Classic winners and an Italian Derby runner-up to boot.

Holy Moon produced three winners of the Italian Oaks in Charity Line (by Manduro), Final Score (Dylan Thomas) and Cherry Collect (Oratorio), with the last-named also successful in the Italian 1,000 Guineas in 2012.

Holy Moon also made her presence felt on the European stage through her exceptionally talented daughter Sea Of Class, who remains in intensive care following a career-ending bout of colic last week.

The chestnut daughter of Sea The Stars was successful in the Irish and Yorkshire Oaks and went close to completing a three-generational sequence of Arc winners when a fast-finishing second to Enable in last year's race, having not had the clearest of runs.

Her son Out Of Time, by Sakhee's Secret, became her second Italian Guineas winner in as many years when landing the Premio Parioli (Italian 2,000 Guineas) in April.

Last year her daughter Act Of War, by Mujadil, added her name to the Premio Regina Elena (Italian 1,000 Guineas) roll of honour.

Other leading European sires to be represented in the catalogue are Dark Angel, Kodiac and Sea The Stars.

FIRST PUBLISHED 1:50PM, JUL 7 2019
The April-foaled youngster is among 127 yearlings set be offered at the one-day auction