Funds raised will help the organisation achieve three goals in 2017 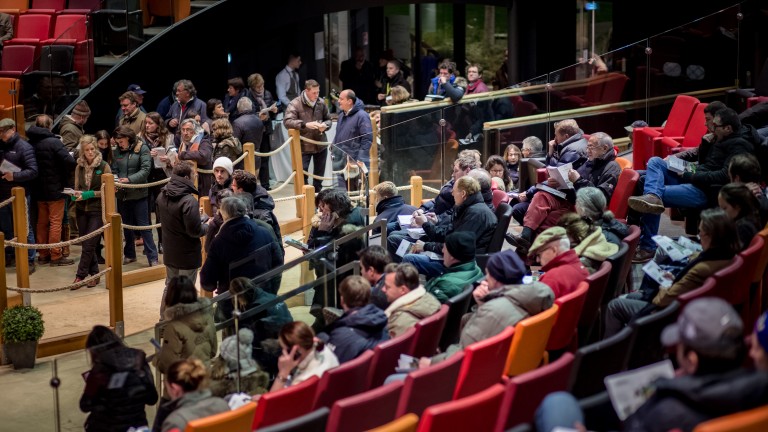 The charity auction was held at Arqana on Friday evening
Zuzanna Lupa
1 of 1
By Zoe Vicarage 5:43PM, DEC 3 2016

Fourteen nominations to sires such as Charm Spirit, Intello, Maxios, Mukhadram, New Bay and many others were offered to help raise funds for the charity to promote the retraining of racehorses in France.

The most expensive nomination to sell was the one to Haras de Bonneval resident Siyouni, which was snapped up by the MAB Agency for €60,000.

Funds raised from the auction will help the charity in three goals - crisis funding for vulnerable horses, organising retrained racehorses days and the accreditation of existing retraining and rehoming facilities.

Aliette Forien, owner of Haras de Montaigu and president of Au-Dela des Pistes said: "Once again the bloodstock industry has shown a united front for this cause that affects us all.

"I would like to sincerely thank all the studs and stallion owners that gave nominations to this auction but also the buyers and under bidders that all helped to make this auction a huge success.

"The funds raised will allow Au-Dela des Pistes to achieve their objectives set for 2017. This is both encouraging and exciting for the future of this project."