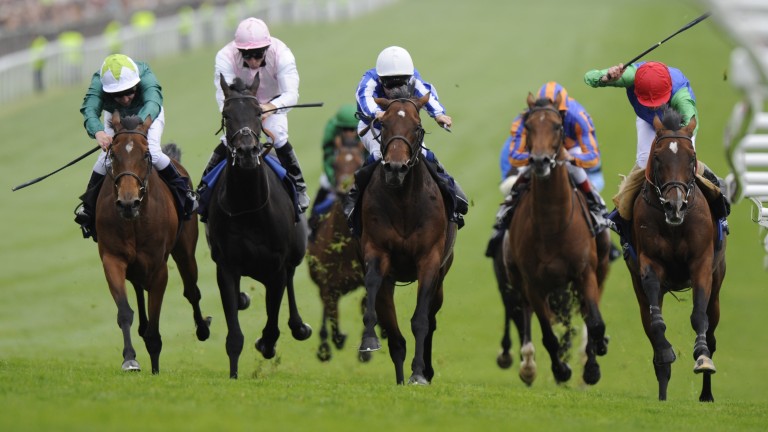 National Hunt sire Ask will stand at Dunraven Stud in South Wales during the forthcoming breeding season, having been purchased from Coolmore.

The son of Sadler's Wells stood at Beeches Stud in 2018 for a fee of €3,000, his eighth year at stud following a racing career that saw him win seven of 19 career starts, including a pair of Group 1s in the Prix Royal Oak and the Coronation Cup, both in 2009.

David Brace, owner of Dunraven Stud, said: "After the sad passing of Dr Massini last season, I have been actively looking to recruit another leading stallion son of Sadler’s Wells to try and fill his shoes and once I was alerted to the possibility that Ask might be available for purchase, I knew I had to act quickly.

"I have a great relationship with the team at Coolmore and once again I must thank them for this opportunity. I have been greatly encouraged by the reports from trainers and agents as to his progeny and I really believe that he will produce many top class racehorses in the coming few years. He had the toughness and soundness to race until he was seven years of age, the quality to win twice in Group 1 company and the looks to go with it. What more could you want in a stallion?

Brace added: "He will also also compliment Mountain High, who I am sure coming from the Danehill line out of a champion Group 1-winning race mare, will come to be one of the top National Hunt broodmare sires, whilst also providing a fantastic out cross for Northern Dancer bloodlines."

Ask's oldest crop are six-year-olds, with his highest rated performer to date a member of that crop, the dual winner Ask Nile.

The 15-year-old stallion will stand for a fee of £2,000 next year, on October 1 terms, with Mountain High at £1,250 on the same terms. Discounts will be available for black type and multiple mares.

FIRST PUBLISHED 5:14PM, OCT 24 2018
I really believe that he will produce many top class racehorses in the coming few years