Jack Cantillon tells us about getting enthusiasts engaged in the industry 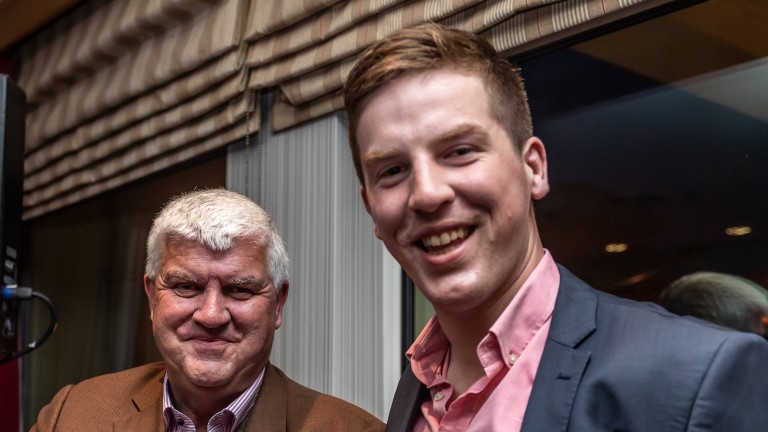 Government-imposed lockdowns in response to the global Covid-19 pandemic mean many people now have extra time on their hands. It can therefore be a good opportunity to build knowledge on topics that interest us; to complement this, the experts also have more time to share their wisdom.

Jack Cantillon, who manages Syndicates Racing and is involved in his family’s Tinnakill House, had a eureka moment when he realised this could be the ideal moment for racing fans to learn more about mating plans.

Thus the Art Of The Mating, an interactive way of gaining insight into the thought processes that go into mating a mare, was created on Syndicates.Racing’s sister website Bloodstock.Racing.

Over four weeks, participants will be given a hypothetical portfolio of mares. The task is to research each mare, review both her physical attributes and pedigree, and choose a suitable stallion.

The participants are then given a lesson over a live Zoom conference call by experts, who are brought in to discuss the submissions and say who they would mate each mare with.

“I saw on Twitter that underneath articles talking about breeding and matings, there have quite frequently been comments from casual fans saying, ‘this is something I’d love to know more about’,” said Cantillon.

“Fortunately I know a lot of the people that are making those decisions on mating those really beautiful mares to the world’s best stallions, so I thought why not use the power of technology to bring them together when they’re probably not doing much else?”

Judging by the number of submissions and views, there is a big appetite for learning more about the fascinating process of making mating plans.

There was also a wide international sweep among the submissions. Major racing countries in Europe, North America and the Middle East were accompanied by submissions from Mauritius, Fiji, Peru and Finland, to name just some examples.

“I’m blown away by all the effort put into the homework," said Cantillon. "We received 250 submissions. Each person's proposals must have been the result of a couple of hours' work and you can really see the detail people went into with the research.

"I think it shows the depth of knowledge that’s out there, but also from the layman’s point of view that there is a thirst for knowledge out there that needs to be quenched.”

More than 200 people tuned in live for the first instalment of the Art Of The Mating series, in which Moyglare Stud’s sales and breeding adviser Fiona Craig and pedigree consultant Alan Porter each gave their views on the matings of the great racemares Enable, Deirdre and Midnight Bisou. The recording of the session, posted on YouTube, has already amassed more than 1,000 views.

Matings were recommended to the fictional billionaire owner-breeder Mark Multitech, for whom money was no object.

The second week's homework, now available online, will take a different approach and look at how commercial breeder Mary Makeafewquid would mate her mares to maximise financial gain.

Weatherbys have come on board to provide in-depth pedigrees for the horses in the series for students to research.

The Art Of The Mating shows there is a large number of people with an interest in what goes on in the bloodstock world, despite the preconceptions many in the industry may have about their own game being too niche.

“I think it just shows that when we make an effort to look outwards and think about how we can educate the public, there’s a huge demand for it,” Cantillon points out. "Sports and industries with many different layers are often the most stimulating for people to put their minds towards. Horse racing is a case in point.

“My day job is as a lawyer, and I'm always struck by my legal friends or people in the City as to how much they love when I explain to them the intricacies of what’s going on in racing.

“I think that’s something we all need to do more of - just looking beyond the picket fence that surrounds us and thinking how we can explain the game that we understand.

"And when you do understand it, I think it’s difficult not to love it.”

You can join the second week of the Art Of The Mating series by visiting bloodstock.racing/theartofthemating.

FIRST PUBLISHED 8:28AM, APR 22 2020
Each person's proposals must have been the result of a couple of hours' work and you can really see the detail people went into with the research