Latest arrival is a filly by one of France's leading sires 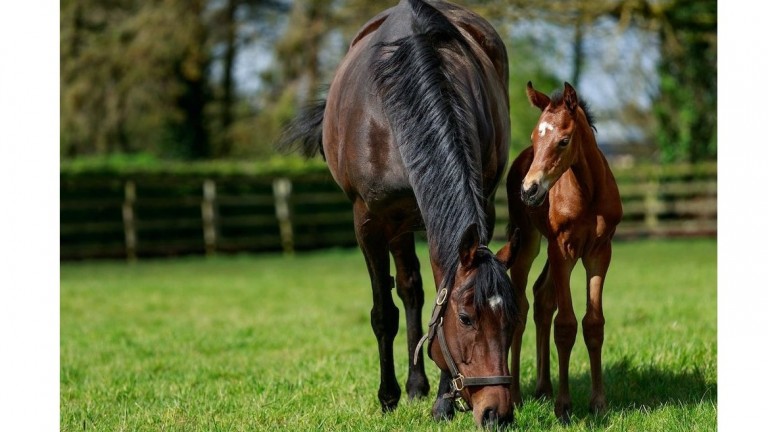 Brilliant racemare Treve gave birth to her third foal at midday on Saturday.

The new arrival is a filly by Haras de Bonneval stallion Siyouni, source of 27 stakes scorers including the Classic-winning fillies Ervedya and Laurens.

She is bred on a similar cross to Prix Thomas Bryon winner Sacred Life, who is by Siyouni out of a mare by Montjeu, the sire of Treve's father Motivator.

Al Shaqab announced at the end of last year that Treve would visit her fellow Prix de l'Arc de Triomphe winner Sea The Stars at Gilltown Stud after delivering her 2019 foal.

Treve was trained by Criquette Head originally for her family's Haras du Quesnay, who bred her out of the winning Anabaa mare Trevise.

At three she stormed to a four-length success over subsequent Irish Oaks winner Chicquita in the Prix de Diane in the red Quesnay silks before adding the Prix Vermeille and Arc to her resume for new owner Al Shaqab.

After finishing second in the Prix Ganay, third in the Prince of Wales's Stakes and fourth in the Prix Vermeille en route to the defence of her Arc title in the following season, she started at 11-1 for the Longchamp showpiece but regained her old sparkle to win by two lengths from Flintshire.

Treve posted impressive victories in her first three starts at five – in the Prix Corrida, Grand Prix de Saint-Cloud and Prix Vermeille – and looked well placed to become the first horse to win the Arc three times, but she finished fourth to Golden Horn on what proved to be her final start.

A match made in Arc heaven: Treve to visit Sea The Stars in 2019