Another record year of trade in 250th year of historic operation

Figure surpasses the one set in 2014 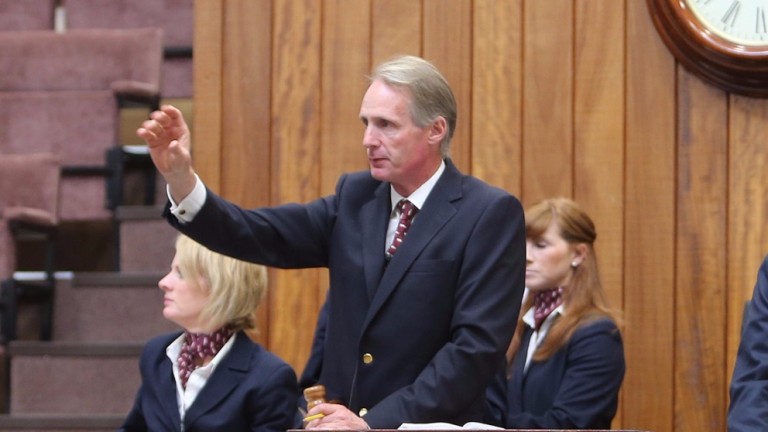 It was another record year for Tattersalls in 2016, with the company turning over approximately 265 million guineas in total sales.

The figure surpassed the previous record of 263,411,173gns set in 2014 and is a particularly fitting achievement given that it comes in the same year that the sales house celebrated a land mark 250 years in operation.

“2016 has been an historic year for Tattersalls,” said Tattersalls’ chairman Edmond Mahony. “It is 250 years since Richard Tattersall founded the world’s first company of bloodstock auctioneers and we are proud custodians of that legacy. We are equally proud that the company has marked this special year with record annual turnover in excess of 265 million guineas and that the Tattersalls December Sale has reinforced its reputation as probably the most international bloodstock sale in the world.

“The unprecedented annual turnover demonstrates the sustained appetite for quality European bloodstock in all sectors of the market and this has been clearly reemphasised throughout the December Sale. Record demand at the October Yearling Sale and the Autumn Horses in Training Sale has been followed by truly global participation this week.”

Highlights of 2016 included another record renewal of Book 1 of the October Sale, at which 386 lots sold for 88,038,000gns, a record turnover for any European auction. Among them were nine yearlings that made a million guineas or more, a figure that set another record mark for the sale.

They were led by a pair of Dubawi colts out of Fallen For You and Zee Zee Top that sold for 2,600,000gns apiece to John Ferguson and Shadwell.

A record turnover was also set at the Autumn Horses in Training Sale, where over 90 per cent of horses offered changed hands for a total of 25,137,100gns, while Hazariya’s sale for 2,000,000gns to MV Magnier capped a vibrant December trade.

Despite those high points enjoyed during the course of the year, Mahony also highlighted the challenges of a growing foal crops that is starting to placing strain on the sales calendar.

In response, Tattersalls made an effort to tighten their December Foal Sale catalogue this year to 1,136 lots, down from 1,277 in 2015. At the end of the four days, 78 per cent of foals were listed as having changed hands.

Mahony said: “Although we can reflect on a successful and historic year, we are also mindful that there are sectors of the market which are facing major challenges. This time last year we reflected on the significant rise in the number of horses catalogued and offered at Tattersalls and the inevitable impact at the lower end of the market.

"This year we have endeavoured to manage the numbers in both the October Yearling Sale and the December Foal Sale more carefully, and clearance rates held up remarkably well, but this only masks the reality that demand in the lower tiers of the market is well below the level of supply.

“This is an issue we must all face together, but in the meantime we would like to extend our sincere gratitude to each and every purchaser and vendor, all of whom have played a part in a memorable 250th year of selling thoroughbreds at Tattersalls."