Santiago is by former Darley sire Authorized, now based in Turkey 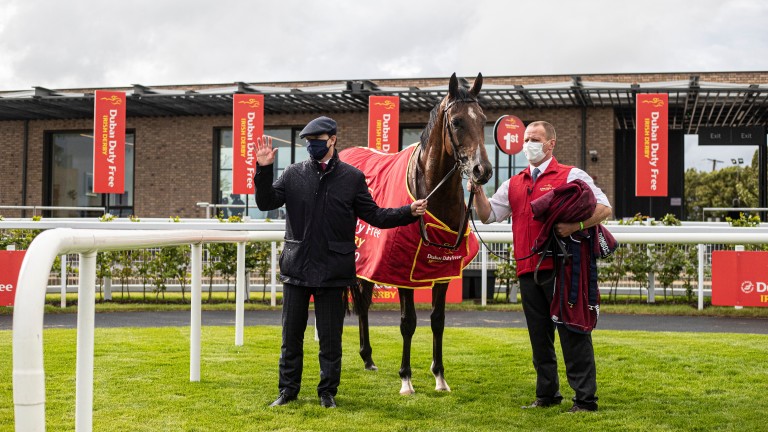 Santiago: was in-utero when his dam Wadyhatta was sold at Arqana
Patrick McCann
1 of 1
By Martin Stevens 8:35PM, JUN 27 2020

It was business as usual in the Irish Derby on Saturday as Aidan O'Brien sent out the winner of the Classic for the 14th time.

But the trainer's latest Curragh hero Santiago has a pedigree profile atypical of the numerous stars who emerge from Ballydoyle.

O'Brien usually relies on progeny of sires owned by his principal patrons Coolmore for his big race successes, and in particular the incomparable Galileo.

Indeed, Santiago beat two O'Brien-trained sons of Galileo into the places in the Irish Derby – runner-up Tiger Moth, a colt out of Group 3-winning sprinter Lesson In Humility, and third-placed Dawn Patrol, a half-brother to Derby hero Pour Moi. 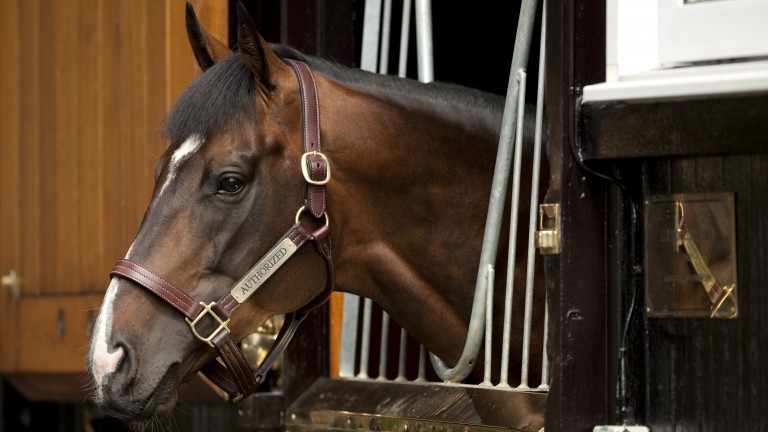 Authorized: pictured at Dalham Hall Stud but now based in Turkey
Edward Whitaker

But Santiago himself was conceived when his sire Authorized stood under the Darley banner at Haras du Logis in Normandy.

He found his way into Coolmore ownership as he was being carried in-utero when his breeders – the Shanahan family's Lynch Bages operation, close associates of the Irish superpower – bought his dam Wadyhatta for €275,000 at the Arqana Summer Sale in 2016.

Santiago is the first foal out of Wadyhatta, a daughter of Cape Cross who was bred and raced by Hamdan Al Maktoum and was sent out by Francois Rohaut to win two races over seven and nine furlongs.

The eight-year-old mare is a half-sister to last year's Prix du Jockey Club third Motamarris and to Riqa, the dam of multiple Group 3-winning sprinter Tantheem.

Wadyhatta is out of Prix Yacowlef third Thamarat, an Anabaa half-sister to dual Group 1-winning miler Tamayuz from the further family of mighty matriarch Urban Sea and her phenomenal sons Galileo and Sea The Stars.

She has a two-year-old filly by Frankel knocked down to Broadhurst Agency for 850,000gns at Book 1 of the Tattersalls October Yearling Sale last autumn, and she has another yearling filly by Frankel.

Santiago becomes the sixth Group/Grade 1 winner worldwide by Authorized, after Ambivalent and Seal Of Approval in Europe and Complacent, Hartnell and Pounamu in Australia.

The son of Montjeu, famed for breaking jockey Frankie Dettori's Derby duck when he struck at Epsom in 2007, has been in strong demand from jumps breeders in recent years after supplying indomitable dual Grand National hero Tiger Roll and the likes of Goshen, Nichols Canyon and Sternrubin in that sphere.

Authorized started his stallion career at Dalham Hall Stud and had stood at Haras du Logis since 2014 but Darley took the industry by surprise last year when selling the horse to stand in Turkey.