Another Grade 1 winner for American Pharoah as $475,000 buy strikes in Japan 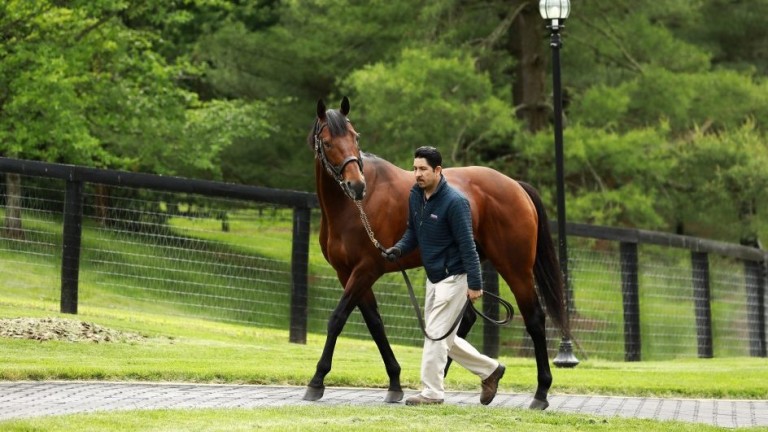 American Pharoah notched his third top-flight winner, and first on dirt, when his son Cafe Pharoah claimed the Grade 1 February Stakes at Tokyo on Sunday. The US-bred four-year-old was adding to his two Grade 3 victories, having won the Unicorn Stakes and the Sirius Stakes last year.

Jockey Christophe Lemaire tracked the leaders aboard the powerfully-built bay, and having hit the front entering the final furlong, Cafe Pharoah ran on strongly to deny the fast-finishing Air Spinel, a son of King Kamehameha, by three-quarters of a length.

"His condition was super and I had confidence already in the paddock," said Lemaire. "We decided to use cheekpieces hoping for a more aggressive performance. His start was good, we were positioned well and he responded beautifully. The colt has such high potential. I had no doubt that he could land a Grade 1 win if he gave his best. I’m happy that it all worked out today."

In landing the top-level prize, which is run over a mile, Cafe Pharoah followed in the footsteps of Mozu Ascot, the son of Frankel who claimed last year's renewal before he retired to Arrow Stud in Japan. 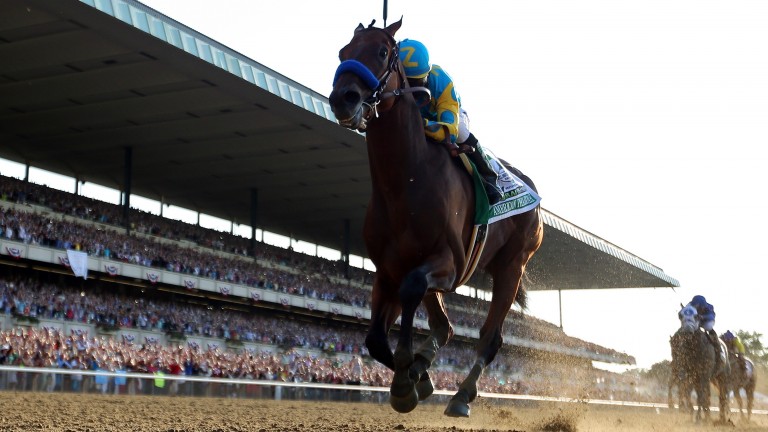 The daughter of More Than Ready has bred three Graded winners, as the dam's first foal is Night Prowler, a son of Giant's Causeway who landed the Grade 3 Transylvania Stakes, while her fourth is Regal Glory, who dead-heated with Varenka in the Grade 2 Lake Placid Stakes.

Cafe Pharoah's Grade 1 breakthrough is not the first time that this family has been in the headlines in 2021, as Regal Glory was one of the joint top lots at the recent Keeneland January Sale when bought by Peter Brant's White Birch Farm for $925,000. The five-year-old daughter of Animal Kingdom is due to remain in training.

Mary's Follies herself also changed hands as part of the Pompa dispersal, which was conducted by Lane's End Farm, with BBA Ireland signing the ticket at $500,000.

Cafe Pharoah was the second-most expensive lot by American Pharoah at the auction, behind only the $600,000 Merneith, who won the Grade 2 Santa Monica Stakes at Santa Anita earlier in the month. 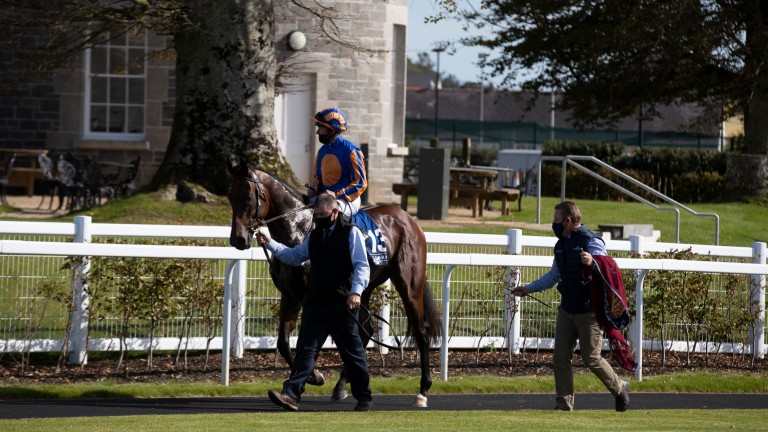 His other Group/Grade 1 winners have come in the US, courtesy of Harvey's Lil Goil's victory in the Queen Elizabeth II Challenge Cup Stakes on the Keeneland turf, and in France, where Classic contender Van Gogh won the Criterium International for Aidan O'Brien and the Coolmore partners.

Cheltenham a bonus for both Martello Sky and Pink Legend Done deal - Russian Camelot to stand at the Thompson family's famed Widden Stud Intriguing pedigrees at Newbury on Friday as Churchill set for first runner Caravaggio colt claims top lot crown after fetching 240,000gns at Craven Sale 'She's got a bit of talent' - Desert has Williams dreaming after debut success 'I can't see that Brexit is anything but bad for the bloodstock industry'