Another day, another big winner for rapidly rising star Kingman

Nausha (blue and yellow) edges out a tight finish with Entitle in the Tattersalls Musidora Stakes
Martin Lynch
1 of 1
By James Thomas 6:12PM, MAY 15 2019

Kingman's other Group winner is Calyx, who proved his immense potential remained intact when making a winning three-year-old reappearance in the Merriebelle Stable Commonwealth Cup Trial Stakes at Ascot.

That trio are among 39 winners sired by Kingman, a list that also includes the Listed scorers Look Around, Poetry and Sangarius. 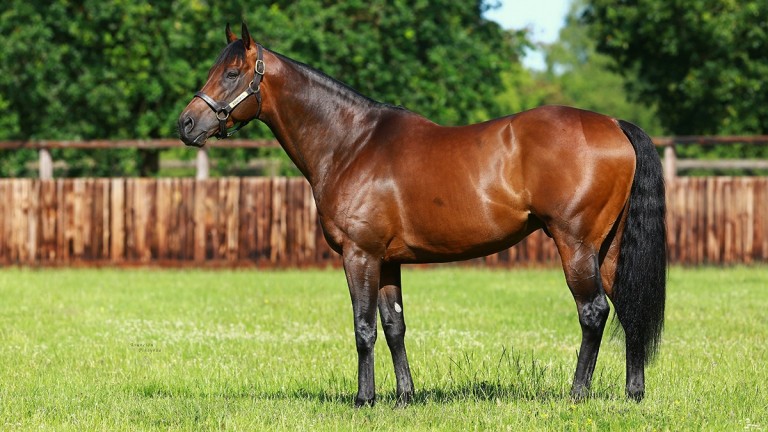 Kingman: sire of exciting Pattern winners Calyx, Nausha and Persian King
Asunción Piñeyrúa/Juddmonte
Bred by Nurlan Bizakov's Hesmonds Stud, the Roger Varian-trained Nausha is the second foal out of Nazym, a daughter of Galileo with a pedigree rich in Group 1-winning form.

Nazym, a 1,700,000gns yearling purchase by Charlie Gordon-Watson Bloodstock, is closely related to Sequoyah, a daughter of Sadler's Wells who landed the 2000 Moyglare Stud Stakes before she retired to the paddocks, from where she produced four-time Group 1 winner Henrythenavigator.

Sequoyah is not the only Group 1-winning sibling of Nazym, and she is also closely related to Listen, winner of the 2007 Fillies' Mile. Further back in the pedigree are the likes of Breeders' Cup Turf Sprint winner Stormy Liberal, Saffron Walden and Dewhurst Stakes victor Beethoven.

In landing Wednesday's Group 3 prize, Nausha edged out Enable's Dansili half-sister Entitle, who dead-heated for second with Frankellina, a daughter of Frankel from the family of Golden Horn and Rebecca Sharp.

That result means the first three home were all conceived at Juddmonte's Banstead Manor Stud.

If you found this story of interest you should also read...