Andrew Balding apprentice among bidders as foal section wraps up 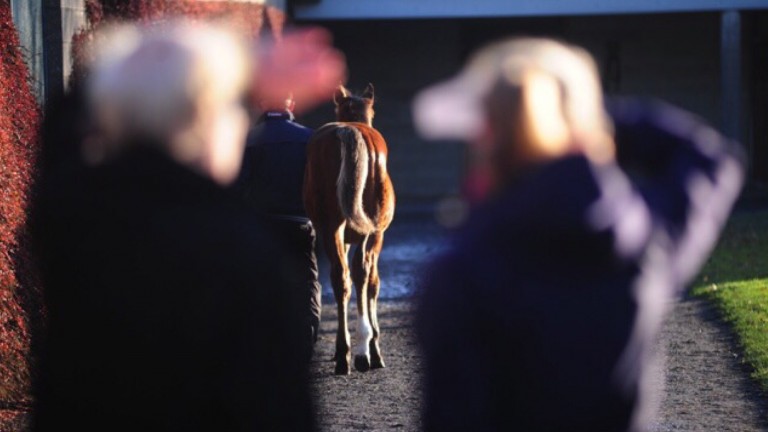 Josh Bryan, an apprentice with Andrew Balding, and Hugh Bleahen who pinhooked Sizing Europe were among the bidders during a low-key fourth and final foal session of the Tattersalls Ireland November Sale.

Joey Logan, who sold dual Grade 1 winner Finian's Oscar after he won his Portrush maiden, went to €55,000 early in the piece for an April-foaled colt from the first crop of Worsall Grange Stud resident Cannock Chase.

"He's a nice, good-looking foal from the first crop of his sire," said Lucy Horner. "He'll either be sold as a three-year-old or go point-to-pointing."

Bred by Killashee House, the colt is out of the Italian Grade 1 hurdle winner Super Faida, who also has a two-year-old filly by Mountain High.

Cannock Chase won the Group 3 Tercentenary Stakes at Royal Ascot at three and the Grade 1 Pattison Canadian International Stakes at Woodbine at four, and signed off his racing career by winning the Group 3 Huxley Stakes on his only start as a five-year-old.

The son of Lemon Drop Kid retired to Nunstainton Stud last year and relocated to Worsall Grange for the latest season, when he commanded a £3,000 fee.

Hugh Bleahen of Clifton Farm has done well from his November Sale forays in the past transforming Hardline - a Grade 2 novice hurdle winner last season - from a €20,000 foal to a €155,000 store and sourcing his most notable graduate, Sizing Europe, in 2002.

Bleahen returned to the well on Thursday, going to €46,000 for a Mount Nelson half-brother to talented chaser Charbel from his secluded position inside the gangway, with Ollie Fowlston describing the youngster as a "beautifully balanced, cracking colt".

"He was a standout today," said Bleahen. "A wonderful individual and damline. The sire is doing a great job and stamping his stock well."

Altior's store vendor Kilmoney Cottage Stud also invested in the sire, going to €30,000 for a May-born colt out of the unraced Glen's Gift, a mare by Presenting, who is also the damsire of the Cheltenham Festival-winning trio Heron Island, Might Bite and Presenting Percy.

One of the main talking points this week has been the success of Mount Nelson's first National Hunt-bred foals in the sales ring, with 43 lots selling for total receipts of €789,700 and an average of €18,365. 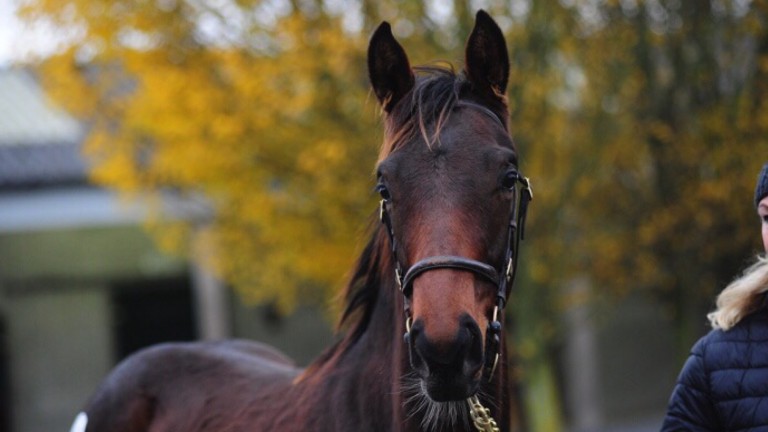 Foals from the second crop of Shade Oak Stud stallion Telescope,  who has stood the past three seasons at a £3,000 fee, also proved a hit among buyers with five colts and a filly selling for a combined €120,500 and average of €20,083 this week.

The most expensive of those was a March-foaled colt out of the Grade 2 Dovecote Novices' Hurdle winner Senorita Rumbalita, who was knocked down for €34,000 to Country Agri, representing a healthy return for his breeder Bryan Mayoh, who also bred Gold Cup hero Sizing John and Lifeboat Mona.

Telescope routed the field to win the 2014 Hardwicke Stakes by seven lengths and was an admirable second to year-younger Taghrooda in the King George VI and Queen Elizabeth Stakes a month later.

Josh Bryan, an apprentice jockey with Andrew Balding who has won 56 races under rules, was making the best use of his week off to assist his parents William and Mandy source foals who could develop into future stars.

The trio, standing together in the tunnel opposite the rostrum, emerged on top when stretching to €32,000 for a Getaway colt out of the Presenting mare Chestnut.

"We have a number of yearlings, two- and three-year-olds by the sire at home," said William Bryan. "They have fantastic temperaments, have a spring in their step and are good, correct models. The colt will either be resold or he might run in point-to-points."

Consigned by Ennel Bloodstock, the colt is out of an unraced daughter of Kinnegads Pride, a half-sister to the Royal & SunAlliance Chase and Hennessy Gold Cup scorer Trabolgan.

Rons Dream, who won the Listed Mares Chase at Market Rasen last Thursday, was also sourced at this sale by William Bryan for €2,000 in 2010. 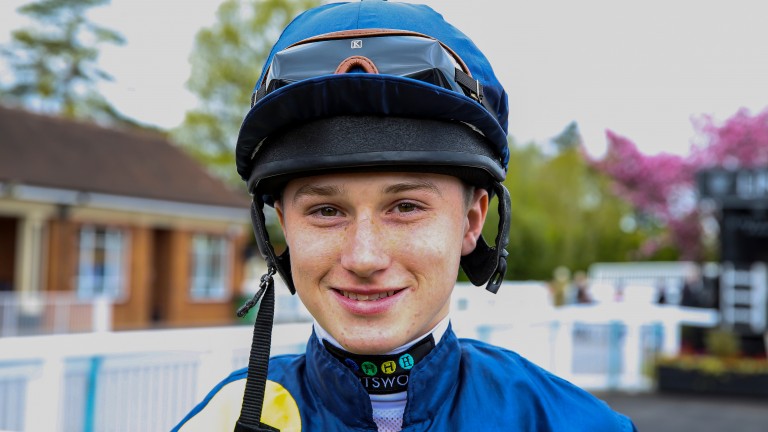 Thursday's session has a distinctly low-key feel, with 222 lots offered - nine more than last year - and 122 of those selling for a clearance rate of 55 per cent, down ten points on 2017.

The sale concludes with the mare session which kicks off at 11am on Friday, with Augusta Kate and Let's Dance among the Willie Mullins-trained stars on offer.

FIRST PUBLISHED 7:02PM, NOV 15 2018
He's a nice, good-looking foal from the first crop of his sire. He'll either be sold as a three-year-old or go point-to-pointing