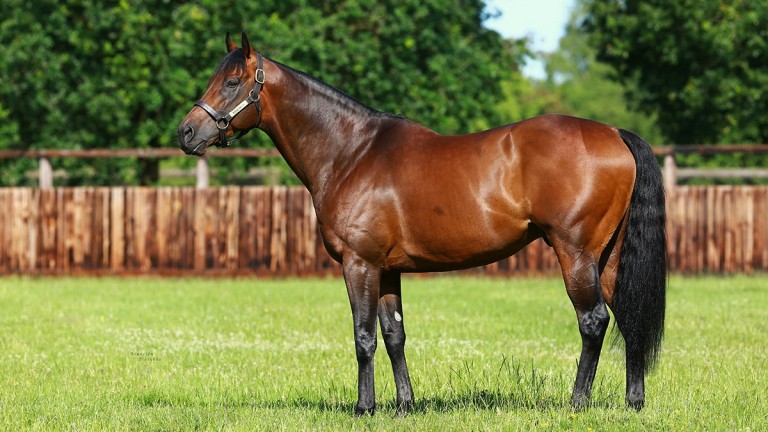 Kingman: sire of ten stakes performers throughout May
Asuncion Pineyrua/Juddmonte Farms
1 of 1
By James Thomas UPDATED 9:21PM, MAY 29 2019

Kingman laid some decidedly solid foundations with his first crop of two-year-olds, with 21 winners headed by the Coventry Stakes scorer Calyx. However, being a Classic-winning miler himself, the real acid test was always going to come when his first three-year-olds hit the track.

On the evidence we have seen throughout May, Kingman could well prove to be something quite out of the ordinary.

Juddmonte's Banstead Manor Stud resident has been represented by ten stakes performers throughout the last month, a number led by his breakthrough Group 1 winner Persian King.

Kingman's magic May began when Calyx reappeared with a bloodless success in the Group 3 Pavilion Stakes at Ascot. Although the Juddmonte homebred rather blotted his copybook in the Sandy Lane Stakes, when beaten by Hello Youmzain at odds of 2-13, the John Gosden-trained colt remains on course for the Commonwealth Cup at Royal Ascot. 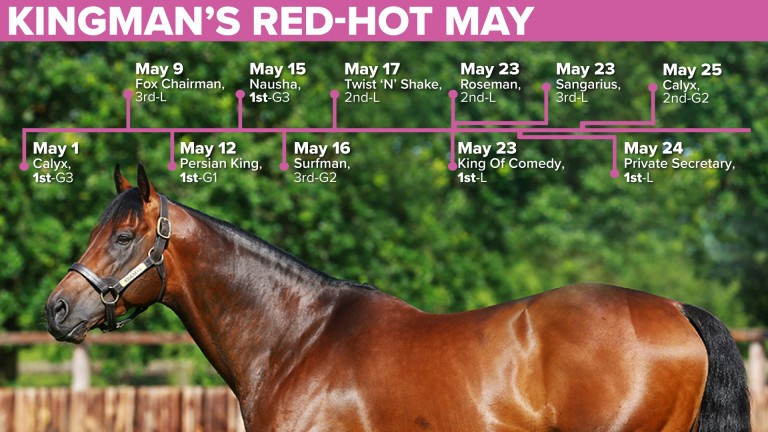 A little over a week later Fox Chairman announced himself a potential Pattern winner in waiting when running a promise-filled third behind Derby contender Circus Maximus in the Dee Stakes at Chester.

Next came the highlight of Kingman's fruitful month, when Persian King became his sire's first Group 1 winner with a consummate success in the Poule d'Essai des Poulains (French 2,000 Guineas).

That result was swiftly followed by Nausha taking the step up to Pattern company in her stride when gamely denying Enable's half-sister, Entitle, in the Group 3 Musidora Stakes at York, where Surfman, who is no forlorn hope for the Derby, ran a gallant third to Telecaster in a hot-looking renewal of the Dante Stakes.

Kingman also fired in a notable one-two-three in the Listed Heron Stakes, as King Of Comedy comfortably accounted for Roseman and Sangarius. The son of Invincible Spirit supplied his fifth and final black-type winner of the month when Private Secretary landed the Cocked Hat Stakes at Goodwood.

The sum total of those results mean Kingman's debut crop is operating at a strike-rate of 11 per cent stakes performers to foals, with 13 of his sons and daughters, from a crop of 114, having gained black type. 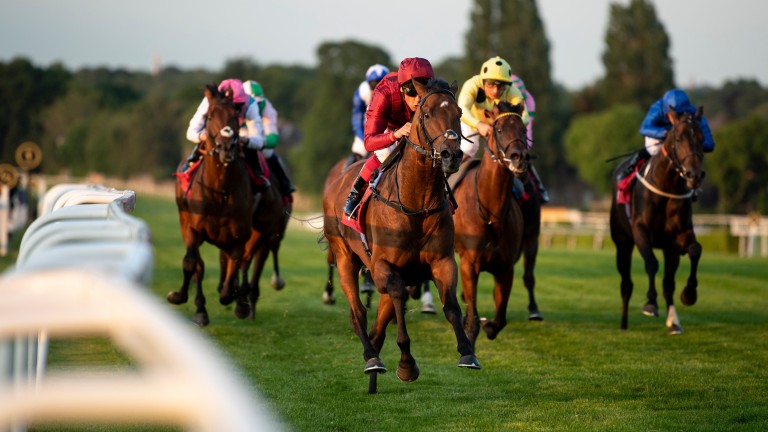 Moreover, these results have been underpinned by a string of promising performances from the likes of Desirous, Headman and Tempus that suggest more stakes performers will be arriving in the not too distant future.

His second crop of juveniles are showing significant promise too, with Godolphin's Divine Spirit, the 850,000gns Tattersalls Craven Sale top lot, booking her ticket to Royal Ascot with an impressive debut success at Windsor.

So many big results have made May a month to remember in the burgeoning stallion career of Kingman. Given what we have seen over the last few weeks, this might only be the beginning of something much bigger.

FIRST PUBLISHED 5:56PM, MAY 29 2019
On the evidence we have seen throughout May, Kingman could well prove to be something quite out of the ordinary