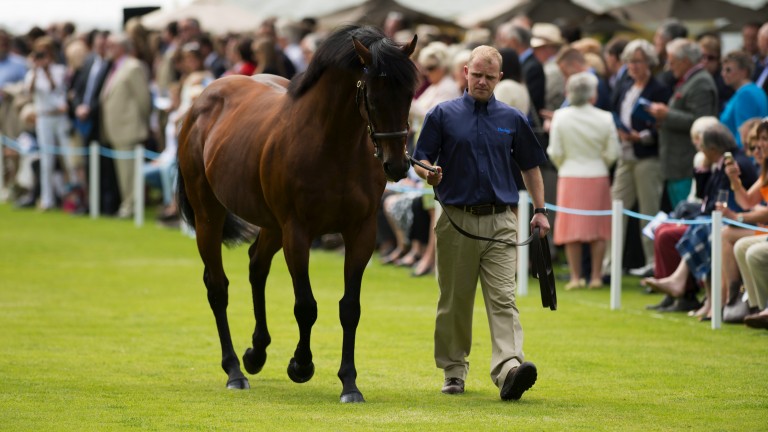 Since being transferred to the care of Chad Brown in the US last September he has finished fourth and third in allowance races at Belmont last year and second in the Grade 2 Ft Lauderdale Stakes at Gulfstream Park last month.

His Grade 1 victory back at the same course on Saturday came at the expense of Beach Patrol (by Lemon Drop Kid), later demoted to fourth by the stewards, with All Included (Include) promoted to second and War Correspondent (War Front) third.

Almanaar becomes the 27th individual Group/Grade 1 winner by Dalham Hall Stud flagbearer Dubawi, who commands a fee of £250,000 for the coming breeding season.

He joins the likes of Classic heroes Makfi and Night Of Thunder and multiple Group 1 scorers Al Kazeem, Hunter's Light and Postponed.

Almanaar is the sixth foal out of the Bahhare mare Baqah, winner of the Group 2 Prix de Sandringham and third in the Falmouth Stakes, making him a half-brother to non-black-type winners Funon and Ross Raith Rover.

Baqah has a yearling colt by Exceed And Excel and was covered by Sepoy last year.