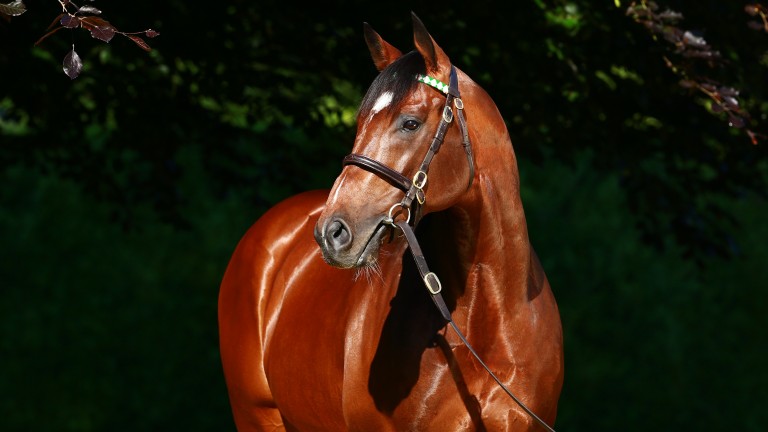 Frankel: will be represented at this year's breeze-up sales
Juddmonte Farms/Asunción Piñeyrúa
1 of 1
8:00AM, MAR 29 2018

With five fixtures set to take place across Britain and Ireland on Wednesday, there is plenty of racing action to digest.

ANZ Bloodstock News also reports on the latest update on the career of wondermare Winx - and she now looks like she could really make her mark in history.

Details on Winx staying at home lead the way in today's issue. Make sure to download today's issue for an interview with Harry Herbert by Lydia Symonds, in which he discusses his hopes for Highclere in Australia.

This year's Arqana Breeze-up Sale, held in Deauville on May 11 and 12, will feature the only lot by Frankel to be offered at an auction of this type in Europe in 2018, as well as six two-year-olds from the final crop of the sensational Scat Daddy. Read more

Rathasker Stud's Bungle Inthejungle became the first freshman sire to get off the mark in 2018 when his daughter Jungle Jane made all to land the opening 5f fillies' maiden at Dundalk on Wednesday. Read more

Wednesday's Tattersalls Ireland Ascot March Sale saw the rare appearance of a son or daughter of Financial Reward - a Grade 2-winning chaser for Willie Mullins who was also second to Punjabi in the Punchestown Champion Four-Year-Old Hurdle.

The son in question was Financial Outcome - a dual point-to-point winner and one of three known representatives from the sire's 2013 crop - who was knocked down to Rebecca Curtis for £50,000.

FIRST PUBLISHED 8:00AM, MAR 29 2018
ANZ Bloodstock News also reports on the latest update on the career of wondermare Winx - and she now looks like she could really make her mark in hist