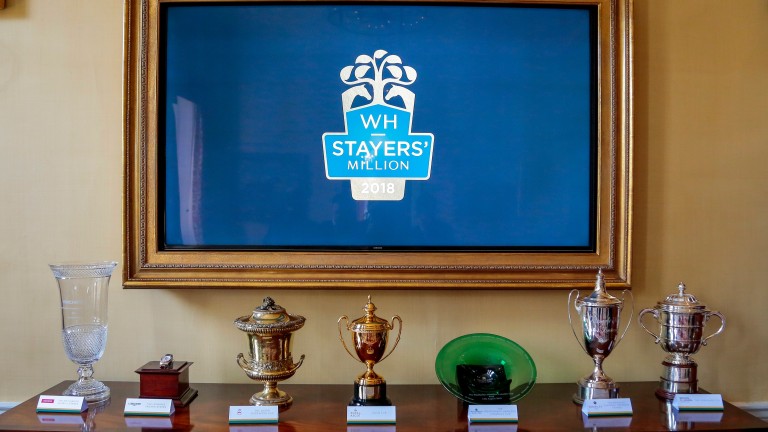 Here is your essential guide to the racing and bloodstock world for Tuesday.

Racing takes place at three courses and we have selected the best content from Racing Post Bloodstock and ANZ Bloodstock News you should be immersing yourself in.

Terry Henderson of OTI Racing shared his thoughts on the operation's runners at Rosehill this weekend in today's issue.

Martin Stevens profiles the unsung heroines of the all-conquering Coolmore operation, shining the spotlight on the mares who have produced so many talented horses.

Coolmore success founded on a broodmare band of uncommon excellence

On The Go Again's success in the Irish Lincolnshire was not only the biggest success of Michael Mulvany's training career but saw the gelding emulate his granddam who won the race 22 years ago.

John Gosden on Monday made the commcercial case for breeding staying horses at the launch of the Weatherbys Hamilton Stayers' Million in Newmarket. Bloodstock editor Mark Scully was among those there to hear what he had to say.

Commercial opportunities are there for staying horses, insists Gosden

Teddy Grimthorpe and David Elsworth were also on hand at the Jockey Club Rooms and shared their thoughts on what impact the massive £1 million bonus could have on attitudes towards breeding horses in need of a lengthy trip.

Sir Mark Prescott summed it up perfectly at the Weatherbys Hamilton Stayers' Million launch on Monday when he said: "The best thing would be if people won the Guineas and the Derby, that they would want to let their horse run in the St Leger and let it stay, let it do what it wanted to do, instead of having to bring it back in trip for commercial reasons."

It's nearly six years since Camelot attempted to win the Triple Crown after victories in the 2,000 Guineas and Derby and in that time there has been a distinct shift towards producing speedy stock for commercial returns.

Encouragement to breed staying types is welcome and it is great that Weatherbys Hamilton has put their backing behind a new initiative. If it garners the support it deserves from grass roots to the top level, it can be utilised as a stepping stone for high-class performers to tread longer distances - something many people will no doubt love to see.

FIRST PUBLISHED 8:00AM, MAR 27 2018
The best thing would be if people won the Guineas and the Derby, that they would want to let their horse run in the St Leger and let it stay