All systems go for the Tattersalls Ascot mixed June Sale 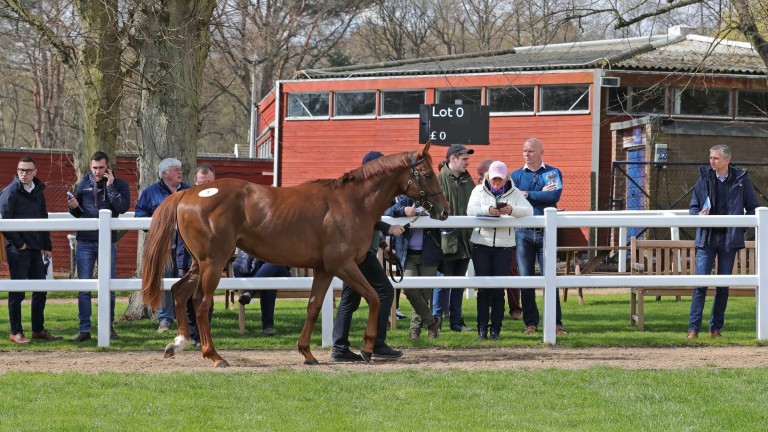 Tattersalls Ascot hosts the June Sale on Tuesday, where 196 mixed lots have been catalogued to come under the hammer from 10.30am.

The catalogue contains 125 lots of horses in training from some major yards from both codes, with the likes of Andrew Balding, David Simcock, Richard Hannon and Robert Cowell representing the Flat ranks, while National Hunt names like Dan Skelton, Donald McCain and Philip Hobbs are also due to offer tried stock.

Godolphin boast the largest offering, with the operation's 11 well-related youngsters including: Soul Searching, a placed daughter of Iffraaj from the family of Dubawi (Lot 68); River Sands, a daughter of Kingman and the Group 2-winning The Miniver Rose (72), and the once-raced Devizes (75), a Dubawi half-brother to Dalkova who cost 425,000gns as a yearling.

Among the wildcard additions are Charle Brune (127), winner of his last two starts by an aggregate of 31 lengths, and Amelia's Dance (128), a daughter of Flemensfirth out of a half-sister to Mister McGoldrick who ran a promising second on debut in a Southwell bumper.

Mags O'Toole at the double at Tattersalls Cheltenham May Sale

FIRST PUBLISHED 1:16PM, JUN 3 2019
The catalogue contains 125 lots of horses in training from some major yards from codes