All systems go as stallion project Midnights Legacy turns one 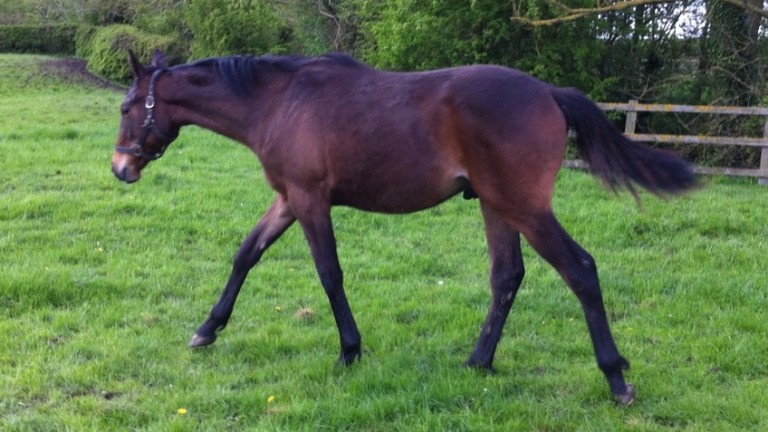 The colt who has been entrusted with continuing the legacy of his late, lauded sire Midnight Legend turned one year old on Tuesday – and it is still all systems go to make him into a stallion.

The ambitious plan was hatched last year by David and Kathleen Holmes, who stood the classy dual-purpose performer Midnight Legend at their Pitchall Stud in Warwickshire for 15 years until his death in 2016.

The last colt bred by the couple from the sire, born May 1 last year, has been given the portentous name of Midnights Legacy and earmarked for a racing career with Alan King.

He will not be gelded, so that if he wins at least a Group or Grade 2 contest under either code he will retire to stud to become Midnight Legend's only stallion son.

“He's now turned out in the field full-time with a gelding pal who has a lovely temperament but enough sense to keep Leggy in his place,” reported Kathleen Holmes.

“We're pleased with his progress over the winter. He has his sire's good temperament, conformation and good bone.

“He'll go to Jamie Goss near Banbury in December to be broken in and we'll then be nearer to deciding whether he'll run on the Flat or go the bumper route.”

Even as Midnights Legacy has been frolicking in his field, his stallion credentials have received some tangential boosts.

Shall We Go Now, a rare Flat runner for Midnight Legend, was also a fair second in a Windsor maiden on Monday evening, conceding more than a stone to the exciting winner Aspetar.

Meanwhile Midnights Legacy's four-year-old sister Giving Back won a Kempton bumper on debut for King in March and their two-year-old sister was broken over winter and “looks very promising” according to Holmes.

FIRST PUBLISHED 6:00PM, MAY 1 2018
He has his sire's good temperament, conformation and good bone