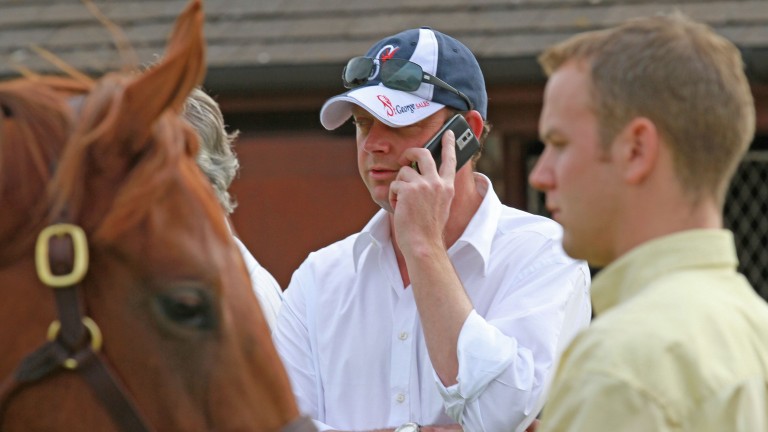 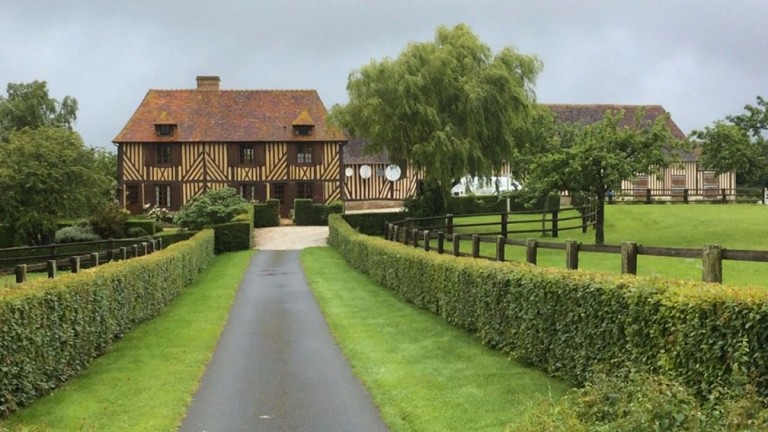 The stud is the latest establishment in the area that has been snapped up by middle-eastern investment in recent years, with this particular purchase the result of the previous owners Sven and Carina Hanson’s decision to reduce their interests in France.

It is with this in mind that Sheikha Alyazia, a keen horsewoman herself, together with her father Sheikh Sultan, the son of Sheikh Khalifa bin Zayed Al Nahyan, the current president of the UAE and ruler of Abu Dhabi, has strong hopes of continuing on the same successful path.

“Sheikha Alyazia is very enthusiastic and passionate about racing. She had been looking for somewhere for a while, and the stud was the perfect chance to have her own base,” he says.

“This venture is very much a long-term one,” adds Peter-Hoblyn, who took up his new role after 17 years as stud manager at Shadwell before joining his wife Isabel under the Al Asayl banner. “We want to establish them as a leading breeder and producer of top-class racehorses.”

In just a short amount of time, Al Asayl has already put together an enviable broodmare band through several private and public purchases in the last few years.

“We try to buy a couple of mares a year, and if there was a good opportunity to access a top-class pedigree through a filly foal, we would also go down this route,” he outlines.

One such example is this year’s French Listed winner Khaleesy, who Al Asayl bought as a foal for €300,000 from the Paulyn dispersal at Goffs in November 2013. By Galileo, the daughter of July Cup winner Fleeting Spirit will be covered by Fastnet Rock next season.

Their most recent private purchase is the three-year-old Fastnet Rock filly Rockery, a three-parts sister to Oaks winner Dancing Rain who was placed for Ed Dunlop this year.

“We bought her over the summer, and she’ll visit Frankel,” says Peter-Hoblyn.

One of the more established mares now at Vieux Pont is Elle Galante, bought from Lodge Park Stud. The 13-year-old daughter of Galileo is carrying a three-parts sibling to Al Asayl’s homebred King Edward VII Stakes winner Balios. She is due to visit Dubawi next season.

“Currently we have 30 horses in training in Britain, together with three in France spread between François Rohaut and Francis-Henri Graffard next season,” explains Peter-Hoblyn. “I think the numbers will probably balance out with time. The French racing system is attractive to an investor, not just at the top level, so it makes good sense.”

A filly who will make the move from Britain to be trained by Graffard in 2017 is Al Asayl’s homebred Newmarket Listed winner Bateel.

“Next year looks to be really exciting,” says Peter-Hoblyn. “We have some very nice unexposed three-year-olds, and a lovely bunch of juveniles to look forward to."

“The dream is to breed and own the winners of top-class races in Europe, and then hopefully take a select bunch of horses out for the Dubai Carnival if they’re right for it," says Peter-Hoblyn. "Unless they are genuine Group performers, we would rather sell them.”

For the first time this season, Al Asayl also offered a few yearlings at public aution and Peter-Hoblyn says that this is not all they plan to do commercially.

“Standing stallions is also very much part of the long-term plan in France or England, as we are breeding to produce them,” he says.

“The French market obviously has some nice young sires at the moment, and this is an interesting prospect. We recently bought a share in Dariyan, and will be using Le Havre, Kendargent, Siyouni and Shalaa there next year.

“We are also involved with dual Group 2 winner Battle Of Marengo with Joe Foley at Ballyhane. He had his first foals this year, and they have been really well received."

Peter-Hoblyn, who also spent seven years at Coolmore before joining Shadwell, travels to Vieux Pont for three days every fortnight, while Sebastien Girot is assistant manager and Kate Whitehouse has moved there permanently as stud administrator.

“It’s a really exciting new venture, and fantastic to be part of a small team that is very ambitious,” says Peter-Hoblyn.

“Normandy is really alive at the moment with a lot of investment going on. Al Asayl is looking forward to increasing its footfall in France and becoming a renowned producer of top-class racehorses in Europe and further afield. It’s a fantastic place to be located."

The name Al Asayl is derived from the Arabic word 'aseel', meaning purebred; fitting for an operation that looks set to continue the distinguished history of Vieux Pont in the coming years.