Ahead of his peers with timing of first Group 1 winner

His sire Galileo passed the milestone when Nightime won the Irish 1,000 Guineas in 2006 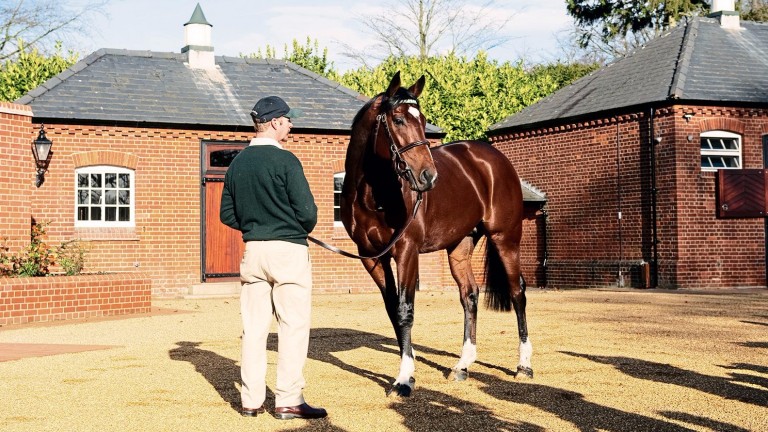 Frankel has beaten all bar one of this year's leading sires in Europe by prize-money to supply a first Group 1 winner, comparing their respective careers.

His own sire, perennial champion Galileo, passed the milestone when first-crop daughter Nightime won the Irish 1,000 Guineas in May 2006.

Dubawi and Shamardal also achieved the feat with first-crop Classic winners in May, with Makfi and Lope De Vega (although Shamardal's first Australian crop had yielded Crown Oaks winner Faint Perfume before then).

Sea The Stars' first Group 1 winner Vazira also struck in the May of his sophomore season, although that came retrospectively on the disqualification of We Are in the Prix Saint-Alary.

Frankel has not managed to beat his breed-shaping grandfather Sadler's Wells – the sire of Galileo – who set the tone for a stupendous stallion career by supplying dead-heaters Prince Of Dance and Scenic in the Dewhurst Stakes in his first crop.

The accompanying table serves as a reminder that not having a first-season two-year-old Group 1 winner is no bar to becoming an elite-level sire; of this year's top ten in Europe, only Acclamation had achieved that with Middle Park Stakes winner Dark Angel.

It is also worth pointing out that a first-crop two-year-old Group 1 winner is not always the harbinger of a successful stallion career.

The likes of Dubai Destination, Henrythenavigator, Oratorio, Rip Van Winkle and Strategic Prince managed it but fell out of favour with British and Irish Flat breeders.

Sea The Stars May of sophomore season Vazira, Prix Saint-Alary

FIRST PUBLISHED 8:00PM, DEC 11 2016
It is also worth pointing out that a first-crop two-year-old Group 1 winner is not always the harbinger of a successful stallion career