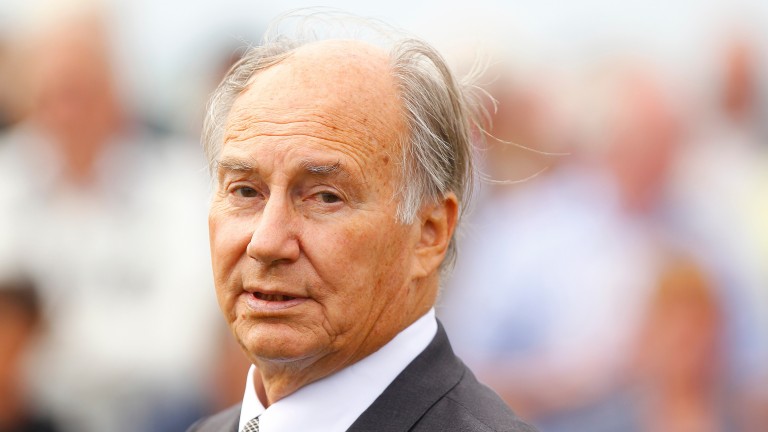 The Aga Khan Studs is to offer half a dozen horses at Goffs UK August Sale next week, including winners Hasanabad and Mouriyani, and Hasankey, who ran third at the Galway festival on Wednesday.

Hasanabad, who is out of the dual stakes winner and Group performer Hasanka, was on the mark at Tipperary in April, while Mouriyani won on debut at Dundalk in March. Mouriyani is a close relative to Group 1 winner Mouriyan.

Hasankey finished third at Galway behind Buildmeupbuttercup, while the other horses being sold at Goffs next Wednesday by the Aga Khan Studs are Edessann (by Lope De Vega), Karasheni (Poet's Voice) and Lalipour Rock Of Gibraltar).

The catalogue for the Goffs UK sale can be viewed here.