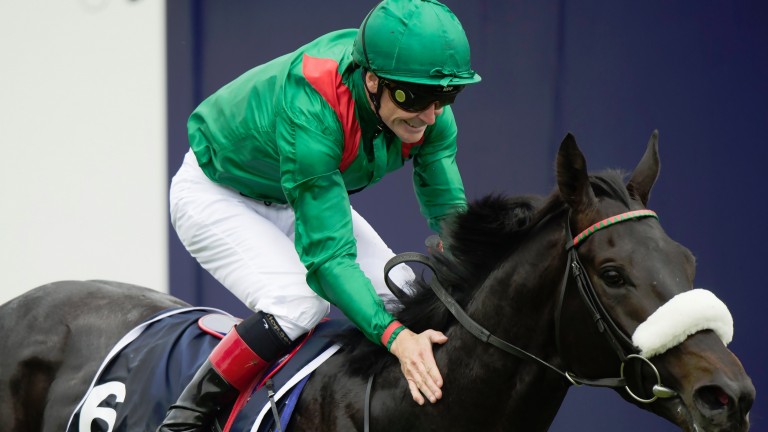 Dual Derby hero Harzand, who takes up stallion duties at Gilltown Stud in Ireland next year, has had his fee set at €15,000 for the 2017 breeding season by the Aga Khan Studs.

The three-year-old son of Sea The Stars was trained by Dermot Weld for his owner-breeder the Aga Khan to win four races including the Derby and the Irish Derby in June.

The operation also revealed the fees for its other stallions at Haras de Bonneval and Gilltown Stud.

Six-time Group 1 scorer Sea The Stars, who will be joined at Gilltown by Harzand, will stand his third consecutive season at an unchanged fee of €125,000.

Born To Sea, a half-brother to Sea The Stars who has been represented by his first two-year-olds this year including Group 3 winner Sea Of Grace, will stand at an unchanged fee of €10,000 at Gilltown in 2017.

Group 1 winner Dariyan, a son of Shamardal who joins Haras de Bonneval, is introduced to French breeders at €8,000 for his first season at stud.

Exciting young stallion Siyouni, who has supplied Group 1 scorer Ervedya, has had his fee raised from €30,000 to €45,000 for next year and completes the roster at Haras de Bonneval.

Group 1 sire Sinndar will once again stand at Haras du Lion in France at an unchanged fee of €3,500.