Unprecedented early season requests for the damsire of Justify 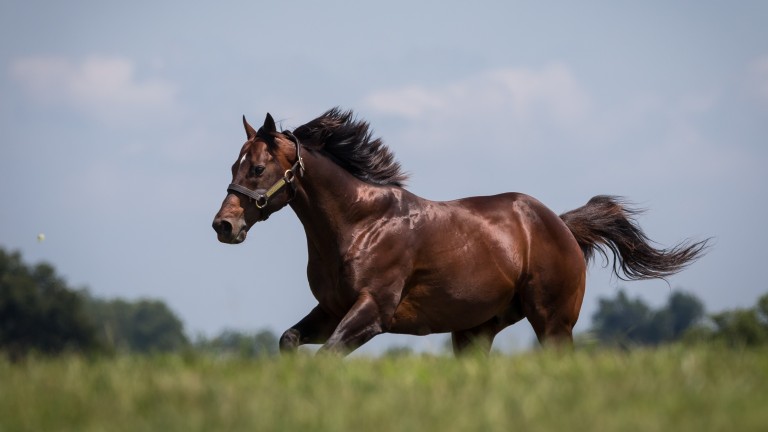 Adena Springs in Kentucky has announced its 2019 stallion roster and fees, headlined by Ghostzapper, who will remain at a fee of $85,000.

Also on the roster is multiple Grade 1 winner Shaman Ghost, a champion son of Ghostzapper, who is relocating from California to Kentucky and will stand for $7,500.

"He bred a strong book out there with Terry Lovingier and Mr Stronach is eager to support him here.

"We've had unprecedented early-season requests in his sire, Ghostzapper," Walden added, "which bodes well for his upcoming breeding season."

Shaman Ghost, who will have first foals in 2019, compiled a record of eight wins and five places from 17 lifetime starts and amassed earnings of $3,859,311.

He won or placed in ten stakes races, including victories in the Woodward Stakes, Santa Anita Handicap, Brooklyn Invitational Stakes and the Pimlico Special Handicap.

At three, he won the prestigious Queens Plate and was named Canadian champion three-year-old colt. He also finished second to champion Arrogate in the $12 million Pegasus World Cup Invitational Stakes.