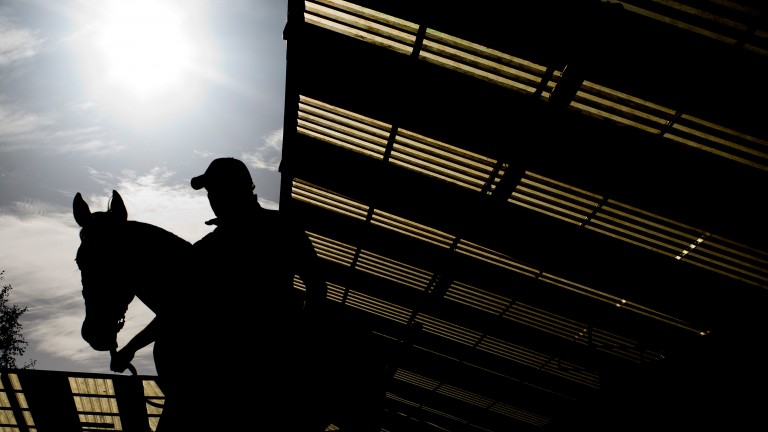 Goffs: Friday's session of the November Breeding Stock Sale saw a clearance rate of just 43 per cent
Patrick McCann
1 of 1
By James Thomas UPDATED 10:52AM, NOV 24 2018

Breeders were taught a most brutal lesson during Friday's session of the Goffs November Breeding Stock Sale, as 44 lots were led out of the ring without a bid and figures fell dramatically across the board, including the clearance rate, which stood at just 43 per cent.

The sense among many on the sales ground was that such an event had been a long time coming, as a perfect storm of rising foal numbers, soaring production costs and a paucity of prize-money resulted in what plenty called a "correction" in the market.

"A lot of what's happened has happened more quickly than many might've expected," reflected Luke Lillingston of Mount Coote Stud, who was quick to point towards the crippling consequences of production having gone far beyond the level of demand.

"Probably a third of the thoroughbred bloodstock on these islands is worth nothing," he said. "We've probably gone up by about a third, and that's the third that is not needed."

The market has suffered a similar kind of trauma before, most recently during the time of the global financial crisis. But the same external economic factors do not appear to be behind this latest collapse, albeit the spectre of Brexit has hung heavy over this year’s sales. Instead, this latest shockwave has almost certainly been caused by factors within the racing and breeding industry.

"The whole Brexit thing is impossible to measure - it may have some part to play but essentially the cost of fuel, feed and labour carry on rising," noted Lillingston, whose operation sold five mares during the sale, including a three-time winner offered in foal to Belardo for the minimum bid of €1,000.

"And while prize-money has been going up, we're way, way behind other countries." 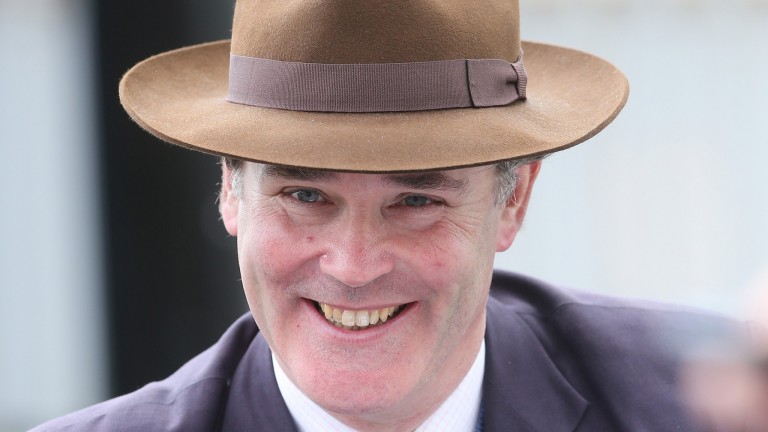 Luke Lillingston: "We have the most overvalued stallion market"
CAROLINE NORRIS
While the biggest players who operate at the uppermost echelons of the industry appear immune to such issues, as trade has continued to boom across blue chip sales, it is smaller breeders who are being hit the hardest.

A widening of the gulf between the big and the small operations is, Lillingston believes, being exacerbated by the concentration of power within the stallion market.

"The very rich are squeezing the rather less rich, and the business is being eroded from the bottom up - there's no denying how good the top of the market has been at the yearling sales.

"Someone who has some international involvement in our business told me years ago that our stallion market is overvalued from top to bottom. In this part of the world, which has the weakest prize-money, we have the most overvalued stallion market around."

Despite such a grim outlook, at least in the short term, Lillingston does foresee a change in fortunes for the smaller breeder, particularly if they can gain access to the right kind of horses.

"Markets do correct themselves," he said with some confidence. "But the smaller breeders have very little choice for now, as there's almost no value based on what foals and yearlings are making.

"If we don't get more horses like Acclamation, Kodiac or Invincible Spirit coming onto the stallion market soon it's going to put an awful lot of pressure on those independent farms, and those guys have been amazing in the last few years."

FIRST PUBLISHED 10:46AM, NOV 24 2018
The very rich are squeezing the rather less rich, and the business is being eroded from the bottom up