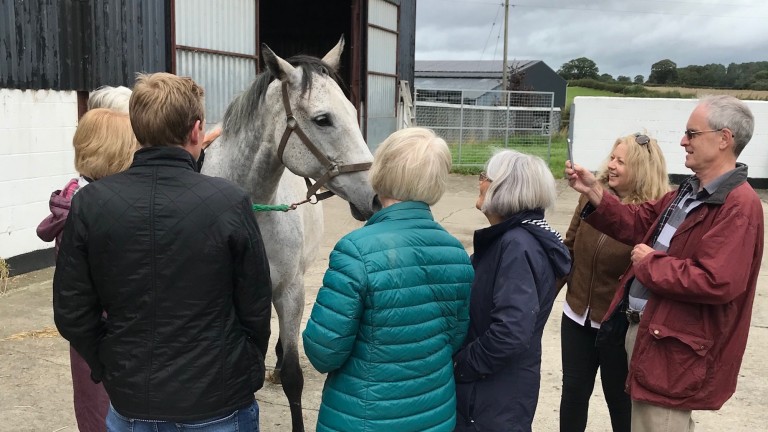 There is not always much room for sentiment in syndicate ownership, where finding an emotional and financial consensus can be a fine line to tread.

Fortunately, members of Foxtrot Racing were all singing from the same hymn-sheet when it came to their old friend Midnight Silver, who had given them plenty of good days out during the four years she was in training with Jamie Snowden.

They bade farewell to the grey mare after her final win, just before Christmas in 2017, only to receive an SOS message from syndicate manager Dan Abraham not much later.

"She was a brilliant horse for us, she won six times and had finished out of the first four on only three occasions in 18 runs," Abraham explained.

"I had her on lease and we thought that she had done enough to become a broodmare when she finished, but then we saw that she had appeared in the January sale at Doncaster.

Fabulous win for Midnight Silver @MichelNolan1 and @Foxtrot_Racing Great to get her head in front again. #winners pic.twitter.com/eC4CuYJugb

"She had been a last-time winner rated in the 120s and I was worried that someone was going to buy her and put her back into training, and I didn’t really want to see that. Myself and some of her syndicate members really thought that she had done enough and deserved to be a mum, so we agreed that we would try to buy her back."

Although Abraham has been running Foxtrot for a decade and serves as chairman of the Racehorse Syndicates Association, he freely admits that this was a complete step into the unknown.

"I set up another syndicate, with 12 shares and we managed to secure her for £6,000, which we were delighted with as we thought she might go for a fair bit more than that," he recalled.

"The only problem was that none of us really had much of an idea about the breeding side of it, and I ended up ringing up a few studs and asked them what I should do.

"Shade Oak Stud were very good, Peter Hockenhull there has been particularly helpful with advice, so we sent her there. She went to their stallion Telescope and she had a colt foal by him. As they seemed to like the foal and Midnight Silver seemed to be doing well, we’ve sent her back to him again."

Only nine now, successful in bumpers and hurdles and a whisker away from achieving some black type at Cheltenham, Midnight Silver has worthier credentials than many to produce useful offspring. She also has recognisable National Hunt breeding, being by Midnight Legend out of the Daylami mare Ruggtah, who won several points.

In a bid to head off temptation, Abraham has already put a rule in place about her progeny. 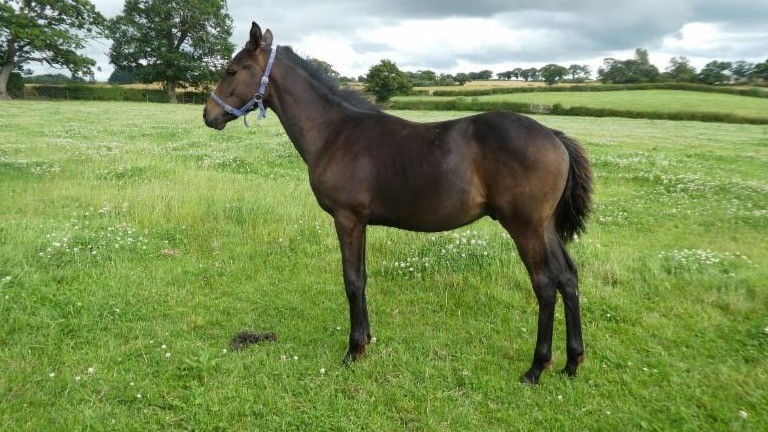 Midnight Silver's Telescope foal will be sold later in the year
"That’s the tricky one," he admitted. "There was always going to be the danger that everyone was going to get attached to the foal, so we decided beforehand that if it was a colt we would sell him, and when she has a filly we would keep her to race.

"So we're going to send him to Ireland in November for the Tattersalls foal sale. We’ll be sad to see him go but we’ll all be following his career with interest."

Although insisting that one broodmare is enough for Foxtrot for the time being, Abraham believes that it has already been a worthwhile exercise.

"It’s been a phenomenal learning curve," he added. "I think lots of people know about the racing side, and not so much about the breeding side of it, so it has been a great opportunity for the members, and not something that many syndicates that I know of have done."

FIRST PUBLISHED 5:08PM, SEP 15 2019
None of us really had much of an idea about the breeding side of it, and I ended up ringing up a few studs and asked them what I should do

'He's the one to beat' - July Cup glory holds key to Aussie stud's grand plans Arqana race series to kick off in 2023 with €1.2 million in prize-money on offer Royal Ascot heroes among the many temptations for international buyers Markswoman hits the target for first-season sire Recoletos Chris O'Dowd thrilled after Rocket Rodney's power-packed Sandown triumph 'It's a positive way in which the sport can move forward and attract new fans'