A Sense of legacy: spirit of Street Cry living on through his successful son 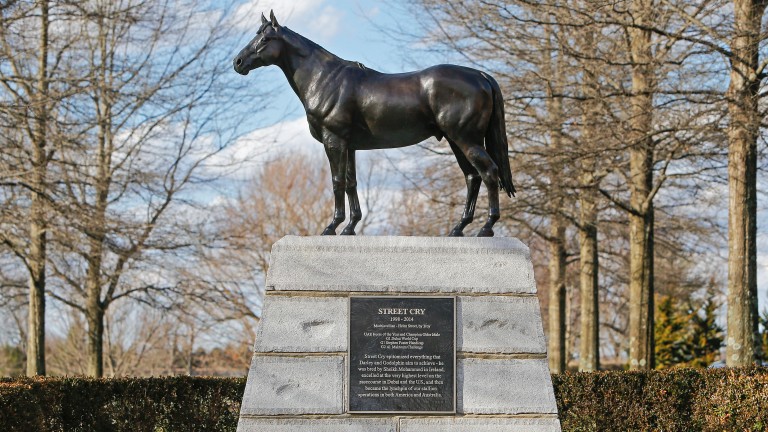 When Godolphin recently commemorated Sheikh Mohammed’s homebred Dubai World Cup winner and outstanding sire Street Cry with a new statue near the barn where he stood at Jonabell Farm in Kentucky, the global organisation was giving a nod to the future as well as to its late icon.

Street Cry’s most outstanding son, champion and Jonabell resident Street Sense, is coming off one of his best years at stud, ranking 19th among all sires based in North America and Europe with progeny earnings of $10.3 million. His multiple Grade 1-winning son McKinzie is a finalist for America’s champion three-year-old male honours and possesses potential to carry the line further forward.

With his 2018 yearlings also pleasing in sales rings, averaging over $200,000 at the Keeneland September auction, Street Sense set the pace for the Jonabell stallions as the first to attain a full book of mares for 2019 even though his fee jumped from $35,000 in 2018 to $50,000 this season.

“It’s been a very strong response from the market, even though his fee went up,” says Darren Fox, sales manager for Darley stallions at Jonabell. “We’re just tickled with how he’s doing. The market, both in the sales ring and for seasons, is fully behind Street Sense.”

The legacy of Street Cry, which now rests largely on the broad back of the 16.3-hand Street Sense, is particularly meaningful to Godolphin, as the new statue proclaims to breeders and other visitors to Jonabell. 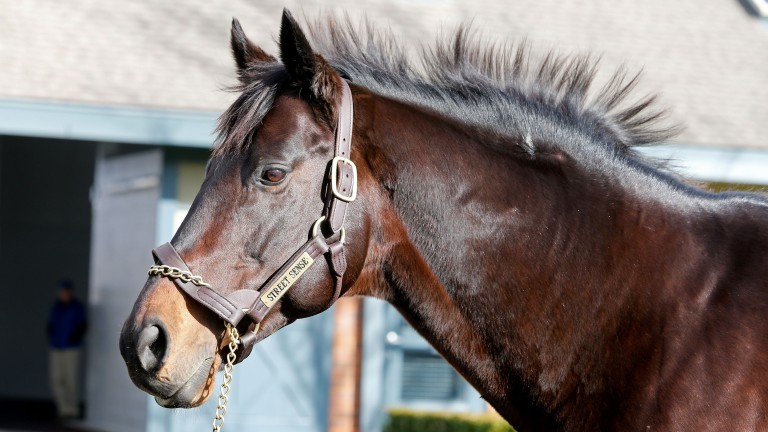 “Street Cry epitomised everything that Darley and Godolphin aim to achieve – he was bred by Sheikh Mohammed in Ireland, excelled at the very highest level on the racecourse in Dubai and the US and then became the linchpin of our stallion operations in both America and Australia,” states an inscription below the bronze figure of the horse.

Street Cry, who died in Australia at only 16 in 2014 after experiencing a severe neurological condition, rose from standing for a relatively modest $30,000 in his first season at Jonabell in 2003 to siring the likes of racing goddesses Zenyatta, America’s Horse of the Year for 2010, and Winx, Australia’s three-time Horse of the Year.

“Street Cry put Darley USA on the map,” Fox says. “He hit it straight out of the park with his first crop including Street Sense and Zenyatta, and there are very few stallions who can be equally effective in two hemispheres, as he was. It’s very hard to do.

“Obviously, it means a lot to have two of his best sons, Street Sense and Street Boss, here at Jonabell. Street Cry is near and dear to our hearts and is hugely, hugely important to us. To be carrying his lineage forward with his two best sons is something we’re proud of, and we’re certainly looking to continue his legacy,” he adds.

Street Sense, a taller and more elegant version of his burly sire, has arrived at his current prominence after enduring some less than ideal circumstances. He began his stud career with a $75,000 fee in 2008, just before the global recession set in and forced his fee downward for the next three consecutive seasons, settling at $40,000 in 2012.

“In the bigger, global picture, he did an important job for Godolphin to go over there to breed Sheikh Mohammed’s own mares, and he was very well received in general – he bred 141 mares over there [at a fee of about $53,000],” Fox says. 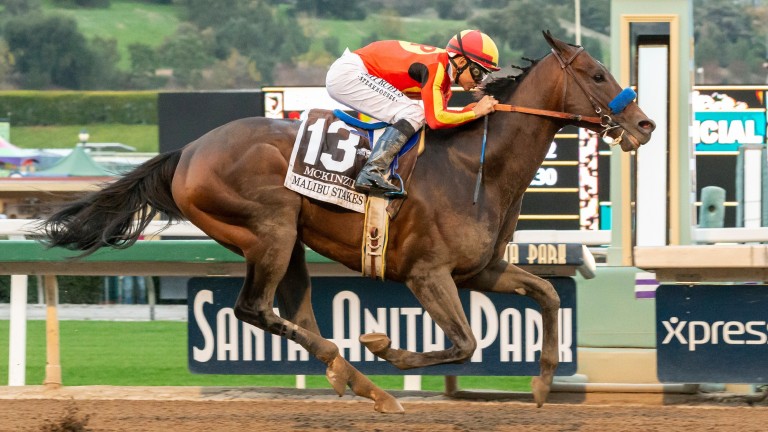 During the year that Street Sense was in Japan, his progeny earned 18 black-type wins, and the stallion was sent back to America the following season to resume duty at Jonabell for a $40,000 fee.

However, his Japanese sojourn caused a subsequent gap in his American stud record that, as Fox says, “certainly was not ideal".

“He did have that missing year in production, which if we cast our minds back to 18 months ago, he had no three-year-olds in the United States, his four-year-olds were quiet and his two-year-olds hadn’t geared up yet.

"It wasn’t entirely his fault, but I’m not sure the market pays close attention to why a stallion is quiet,” Fox notes.

However, the Darley team was not worried.

“He had bred strong, high-quality books and has been hard [for breeders] to get to since he came back,” Fox says. “It was a case of a proven stallion having a rebirth, and we knew the quality that was coming down the line, so we had a lot of confidence internally that he would regain his place with his new crops hitting the track. And that’s certainly been the case.”

McKinzie, a now four-year-old colt bred in the first year Street Sense was back in America by Jane Lyon’s Summer Wind Farm from the multiple Grade 2-winning Petionville mare Runway Model, is one of nine Grade/Group 1 winners sired by Street Sense.

However, as his sire’s first elite male winner in the northern hemisphere, McKinzie is particularly significant. His brilliant victory in the Grade 1 Malibu Stakes at Santa Anita Park in December, his third at the highest level, indicates he could be a leading older runner in North America this year.

“McKinzie is Street Sense’s flagship horse – he’s obviously the horse to hang your hat on at present – but there certainly is more coming behind him,” Fox says. “And we don’t have to suffer from a blank year in production from here on out, so hopefully there will be smooth sailing and onwards and upwards for Street Sense.”

Overall, Street Sense is keeping some impressive company by siring six Grade 1 winners on dirt in five years. Darley notes on its website that only Tapit, Curlin, Malibu Moon and its own Bernardini have more in that period of time.

Street Sense also sired Graded winner The Lieutenant, an older half-brother to Triple Crown winner Justify who is expected to be popular as he begins his stud career at Sequel New York this season.

Following the feats of Street Cry, Street Sense also capitalised on his Australian opportunities, accounting for a trio of Group 1 winners on grass there including Darley’s own young stallion Hallowed Crown, who has reverse shuttled to Europe.

Fox says the now 15-year-old Street Sense has not travelled since returning to Kentucky from Japan and likely will not shuttle to Australia again.

Produced by the Dixieland Band mare Bedazzle and bred 5x4 to outstanding broodmare Natalma, the dam of Northern Dancer, Street Sense suits a wide variety of mares. His 45 black-type winners have emerged from many broodmare sire lines, with Seattle Slew and his son, A.P. Indy; Mr Prospector; Storm Cat, and Northern Dancer being prominent among them.

“He’s very versatile in what he works with, pedigree-wise, and with him being a big, leggy, good-looking, imposing horse, he’s a very easy horse to breed to physically. He keeps the majority of mares in play,” Fox says.

While Street Sense has a history of loyal “support from the right breeders with mares of high calibre,” as Fox says, the arrival of McKinzie on the racing scene, as well as a pair of yearling fillies that each sold for $800,000 at Keeneland last September, have elevated the stallion to the strongest position of his stud career.

“He's a great option to start a young mare off. He’s a horse who hits that bullseye of racetrack performance and commercial appeal,” Fox says.

“We’re very happy with how his book has played out for this year and hopefully it will be a platform for him to continue to progress up the ranks.”

Street Sense has also indicated he may be a broodmare sire of note, with Vionnet, one of his early daughters retired to stud, having produced 2018 European Horse of the Year Roaring Lion.

FIRST PUBLISHED 5:27PM, JAN 10 2019
We had a lot of confidence internally that Street Sense would regain his place with his new crops hitting the track. That?s certainly been the case