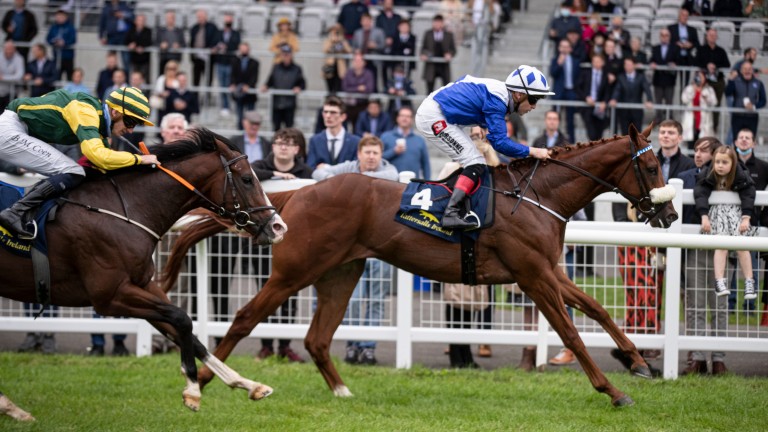 When King X J streaked clear in the Tattersalls Ireland Super Auction Sale Stakes at the Curragh last Sunday, the son of Cotai Glory gave Tom And Hazel Russell a double cause for celebration.

Not only was the progressive two-year-old bred at the couple's Ballinalard Stud in County Tipperary, but he also supplied a sizeable update to the pedigree of his Mehmas half-sister, who will come under the hammer as lot 312 during day two of the Tattersalls Ireland September Yearling Sale in Newmarket on Wednesday.

Reflecting on King X J's impressive victory, Tom Russell said: "It was a brilliant result for myself and Hazel. We're only a small operation in Tipperary so a result like that is just magic, there's no other word to describe it. It's what we dream of.

"At the level we play at, when you try to buy a mare with a bit of pedigree and breed her to the stallions you like - and can afford - it's more good fortune than anything else and you just have to hope that everything clicks. It's great that we have the sibling still to sell as we'd normally have her sold already."

King X J was sold to Tally-Ho Stud for €25,000 at the Goffs November Foal Sale in 2019, a decision that Russell said was made to "help keep the show on the road", before the youngster went the way of Michael O'Callaghan at £100,000 at the Goresbridge Breeze-Up Sale earlier this year. 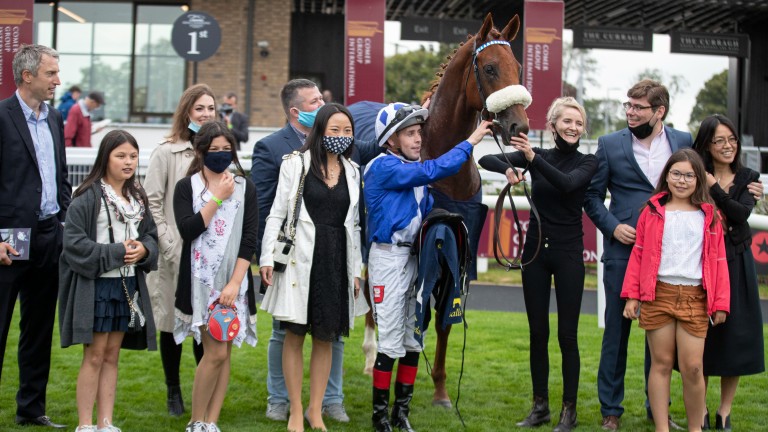 They wrestled with the idea of selling the Mehmas filly at last year's foal sales, but Russell is now counting his blessings having decided to keep the youngster to allow her more time to mature.

He said: "When the entries were due for last year's foal sales she just wasn't forward enough. We were tempted to sell her but she just wasn't quite ready, and now we feel fortunate that we still have her because she's a lovely filly."

King X J and his Mehmas sibling are the second and third foals out of Star Of Kings, a daughter of Sea The Stars who hails from the family of Beauty Is Truth, meaning Group 1-winning siblings Hermosa, Hydrangea and The United States appear back on the page.

Russell explained that his late father-in-law Martyn McEnery, who is best known as the breeder of Red Rum, had been something of a mentor to the couple when it came to sourcing breeding stock at the sales. 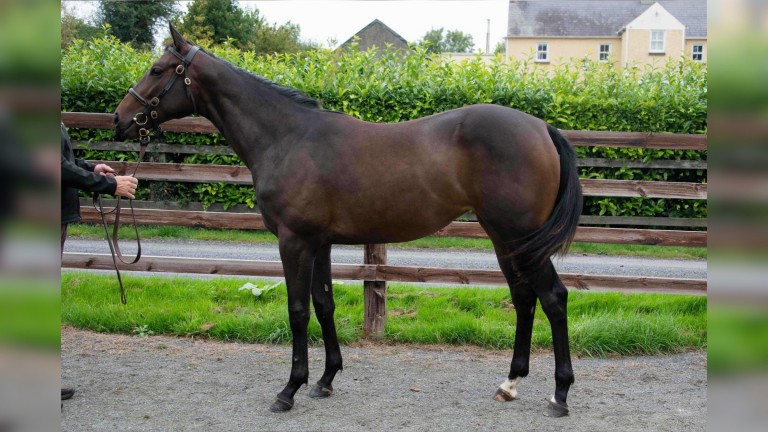 "The mare is a fabulous-looking mare and we were very fortunate to buy her, although I needed a little bit of encouragement from my sister to keep bidding on her," Russell said of his €14,000 purchase.

"It's a lovely pedigree further back on the page. It's an old Kilfrush Stud pedigree and I met Brendan Hayes, who used to manage Kilfrush, afterwards and he was thrilled that we'd bought her. We learned a lot from Hazel's father, Martyn McEnery, about what to look for in a mare, he was our mentor."

He continued: "We've four or five mares, we're just small commercial breeders, although we've been trying to breed up a little where we can. We're not looking to sell the top lots, but if you breed nice-looking horses then hopefully you'll be able to sell them.

"Hazel runs the operation at home, she's a superstar when it comes to mares and foals. In my book there's very few like her. She runs the place at home and I only give her a hand really."

Star Of Kings has enjoyed a fruitful association with the stallions at Tally-Ho Stud, as King X J is one of 27 European winners by the operation's leading first-season sire Cotai Glory and his sales-bound sibling is by the record-breaking Mehmas. The mare also has an Inns Of Court filly foal at foot and is back in foal to Cotai Glory. 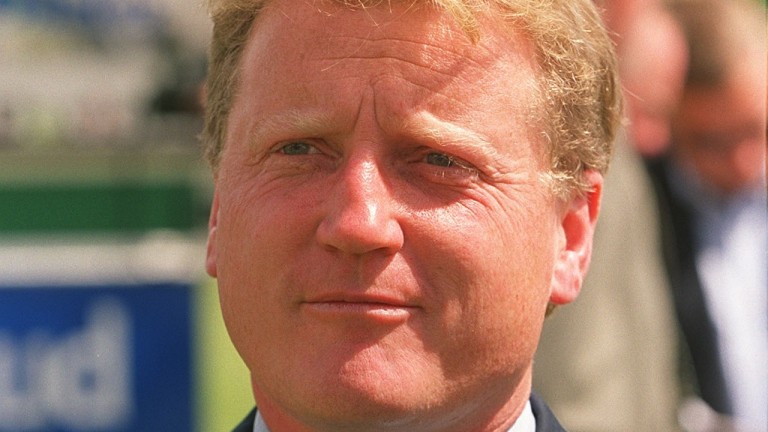 Tom Russell: "We're only a small operation in Tipperary so a result like that is just magic, there's no other words to describe it"
Caroline Norris

"We've been very successful with the O'Callaghans at Tally-Ho, we've been clients of theirs for years and have had some great results using their stallions," said Russell. "There's a relationship going back a long time as we've been breeding with them for 20 years or more, going right back through to stallions like Danetime."

A host of talented performers under both codes have passed through the Ballinalard Stud paddocks, including the prolific Temple Stakes winner Look Busy, and high-achieving National Hunt performers like Carlingford Lough, More Of That and On The Fringe.

Despite receiving an exciting update with the stud's next potential star graduate, Russell said he was keeping his expectations firmly in check ahead of offering the Mehmas filly at the September Yearling Sale.

"It's nice to have something that people will be looking for," he said. "Mehmas is very popular and please God we'll do okay. I don't know what she could bring but it won't take an awful lot to keep us happy. As Anne O'Callaghan said to us years ago, it's important to enjoy these days as a lot of the others aren't quite so enjoyable!"

FIRST PUBLISHED 4:32PM, SEP 19 2021
We were very fortunate to buy her, although I needed a little bit of encouragement from my sister to keep bidding on her!