Bloodstock Latest ON THE SCORESHEET

A leap forward for Sidestep in France 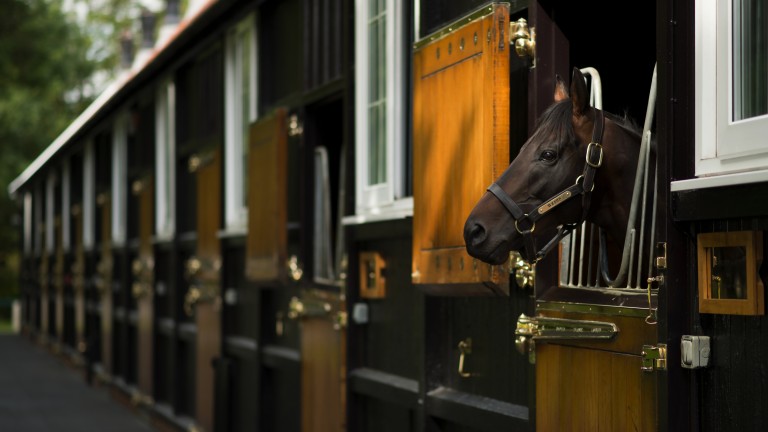 Sidestep issued a notice that he could be a first-season stallion to conjure with in Europe as well as his native Australia by siring his first winner on the continent in France on Wednesday.

Godolphin’s son of Exceed And Excel was the champion juvenile of the 2012-13 season in Australia after a rapid start which saw him lift the Pago Pago Stakes before taking second in the Golden Slipper, maintaining further useful form in the senior sprinting ranks.

From reasonable, if not enormous numbers, out of his first crop from stud at Darley Australia, he delivered his very own Golden Slipper winner when Kiamichi led home a Godolphin clean sweep at Rosehill last month.

Now based at Telemon Thoroughbreds in Queensland, he has earned a fee increase to A$22,000 for the 2019 breeding season.

Sidestep shuttled to Haras du Logis between 2016 and 2018 and four of his offspring have appeared in France so far. His first success came at Chantilly via a familiar set of connections in Matthieu Palussiere and Con and Theresa Marnane, who have proved a formidable combination with juveniles.

Real Appeal, out of the minor-winning Green Desert mare Runaway Sparkle, was bred by Gestut Kussaburg and bought privately for €9,000 as a foal at Arqana.

Drawn in pole position on the fence in the Prix du Soleil de Bretagne, Real Appeal looked in command for much of the five and a half furlongs for Antoine Hamelin before coming under a serious challenge in the closing stages. Nonetheless, he knuckled down for the score by a narrow margin from It’s A Heartache.